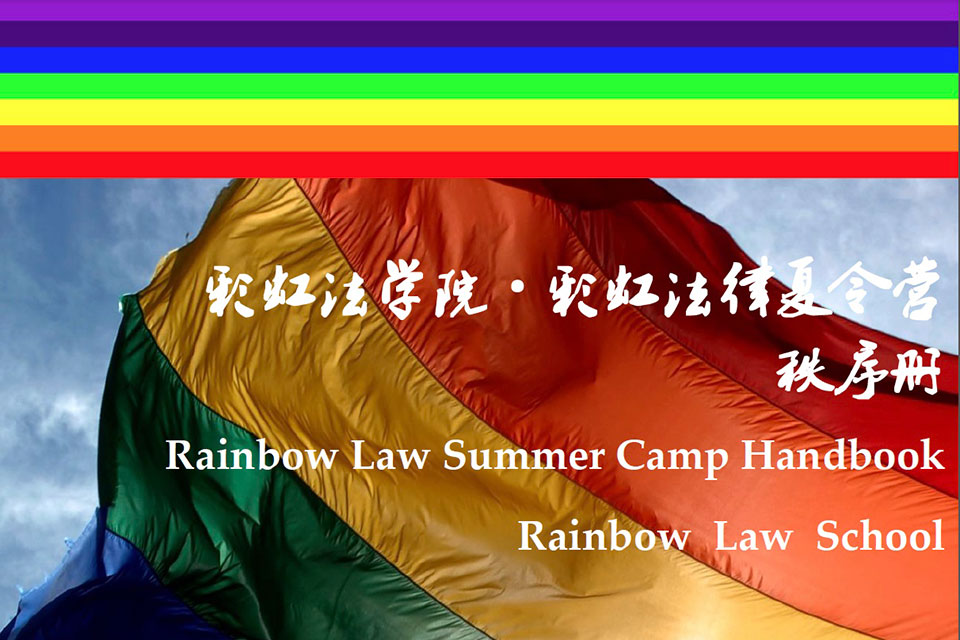 Since 2014, Longarino has worked closely with Chinese LGBT rights advocates on legal education programs, facilitating discussion between the Chinese and U.S. advocate experiences. Wolfson, called “the godfather of gay marriage” by Newsweek, is widely considered to be the architect of the movement that won marriage in the United States. Wolfson now teaches in the Brady-Johnson Program in Grand Strategy at Yale University. 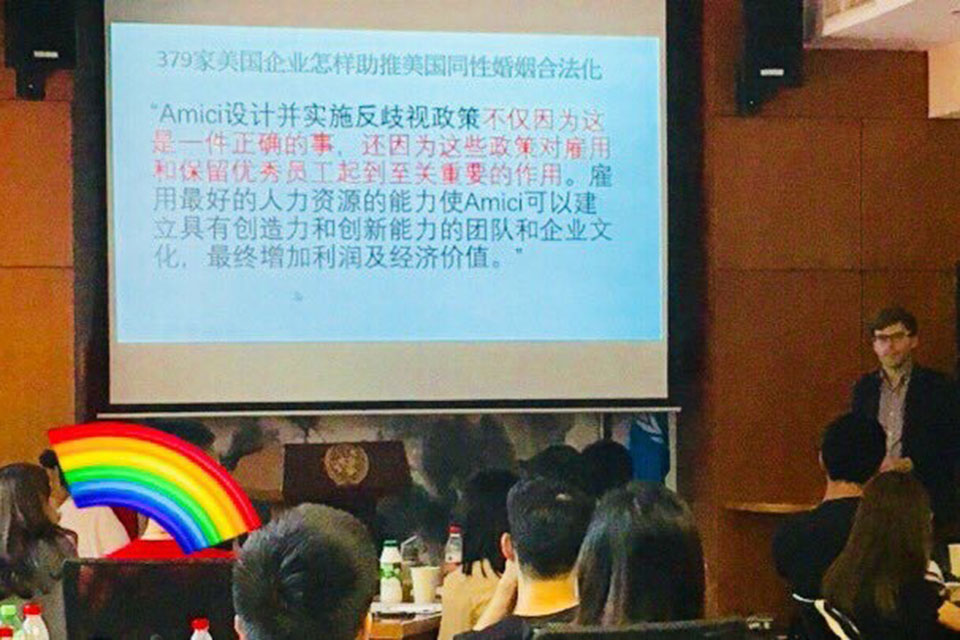 The Tsai Center’s Longarino presented on the vital role social science research has played — through expert testimony and amicus briefs — in a variety of U.S. LGBT rights cases ranging from custody battles to suits against conversion therapists, and encouraged students to build cooperation with sociologists, psychologists, and economists in their future advocacy.

Wolfson took the spotlight by sharing with students important lessons learned from his successful 32-year campaign for the freedom to marry in the United States, as well as providing a message of inspiration.

“If I had to sum up how we won in three words, they would be: hope, clarity, and tenacity,” Wolfson said. “Change takes a long time, and there are defeats along the way, so movements and activists need tenacity. Clarity of goal and strategy help you shape the work needed, and rally others to join. But it begins with hope — the belief that the goal is attainable and that we can make a difference.”

Advocates in China have been increasingly using legal strategies to advance LGBT rights — with sometimes surprising success — creating the impetus for Rainbow Law School. In 2014, a Beijing court found conversion therapy to be a form of consumer fraud and in early 2018 a Guiyang court declared that people “should not be treated differently in the course of employment because of their gender identity and expression.” China’s first-ever freedom to marry lawsuit in 2016, although it lost (as did all the early U.S. cases), made a big splash on social media with related posts receiving tens of millions of views.

“Rainbow Law School’s mission is to train a generation of future legal talent for the LGBT movement in China,” said Liu Yiqiang, director of CIIL, a registered non-governmental organization in China that also has consultative status at the United Nations. Liu, a graduate of China’s prestigious Renmin University Law School, started his career working as a corporate lawyer at Fangda Partners in Beijing, but has since devoted himself to public interest work. He has practiced before international tribunals in Cambodia and The Hague, and started CIIL to promote international human rights law education in China. “We believe in the power of youth, and that — within China’s national context — LGBT rights should be protected from the perspective of human rights and the rule of law,” Liu said.

Reflecting on the seminars, one student said, “Rainbow Law School has allowed me to think about the path to equality with both idealism and practical-mindedness” and “an awareness of the need for local strategies.”

Another student reported that, beyond legal knowledge and ideas, he came away with one of the key ingredients for success identified by Wolfson, adding: “Every discussion and every friend I met here gave me hope.”