“Drew was a beloved member of our community, and we were lucky to teach and learn with him for nearly four decades,” said Dean Heather K. Gerken. “He had a profound impact on the legal profession and this institution, and we will always honor his legacy and hold his family in our hearts.” 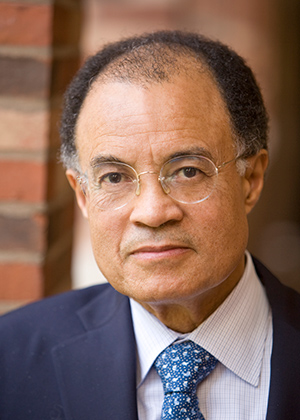 Born in Atlanta, Georgia on August 29, 1941, and raised in Tampa and New York, Days graduated from Hamilton College with an A.B. in English Literature in 1963. Inspired by civil rights leaders, Days attended Yale Law School to pursue a career as a civil rights lawyer, graduating in 1966.

While in law school, Days fostered his interest in singing by joining the Yale Russian Chorus. It was through the chorus that he met his future wife, Ann Langdon, then a student at Connecticut College studying Russian.

Following law school, Days worked briefly for a labor firm in Chicago before entering the Peace Corps, where he and Ann served together as volunteers in Comayagua, Honduras from 1967–1969.

In 1969, Days began work at the NAACP Legal Defense Fund in New York City as its First Assistant Counsel, where he litigated cases in the areas of school desegregation, police misconduct, employment discrimination, and prisoners’ rights until 1977.

At the age of 30, Days won a lawsuit that desegregated his childhood Tampa schools as part of the trial team in Mannings v. Board of Public Instruction of Hillsborough County, Florida.

President Jimmy Carter nominated him to be the first African American Assistant Attorney General for the Civil Rights Division at the U.S. Department of Justice in 1977. In that capacity, he was responsible for nationwide enforcement of federal civil and criminal civil rights laws. In 1978, he led the successful effort to endorse affirmative action programs in the landmark case Regents of the University of California v. Bakke.

Days joined the Yale Law faculty in 1981. At Yale, his teaching and writing was in the fields of civil procedure, federal jurisdiction, Supreme Court practice, antidiscrimination law, comparative constitutional law (Canada and the United States), and international human rights. In 1991, he was named Alfred M. Rankin Professor of Law. From 1988 to 1993, he was also the founding director of the Orville H. Schell Jr. Center for International Human Rights at Yale Law School. From 1993–1996, Days served as the Solicitor General of the United States for the Clinton administration.

“Drew was a gentle, courageous lawyer of principle, deeply committed to human and civil rights. He always spoke quietly and modestly, but with such moral authority,” said former Dean and Sterling Professor of International Law Harold Hongju Koh. “Along with his mentor Burke Marshall, another former head of the Civil Rights Division, he was one of the moral centers of the Yale Law School in the late-20th century. He cared nothing for titles or recognition, because his client was always the Constitution, not the political powers of the moment. His life will be remembered as a reminder of the moral urgency of putting principle first.”

From 1996 to 2008, Days served as a board member of the MacArthur Foundation. He also served on the board of trustees at Hamilton College, which named its Days-Massolo Center for him in 2011. The Center promotes diversity awareness and fosters dialogue among the growing number of cultures on the Hamilton campus.

In 2003, Days received the Award of Merit from the Yale Law School Association, the alumni organization of Yale Law School, in recognition of his public service and contributions to the legal profession.

Days is the author of two volumes on United States Supreme Court jurisprudence, practice, and rules: Moore’s Federal Practice, Third Edition (1997). In addition, he is the author of numerous journal articles, including “‘Feedback Loop’”: The Civil Rights Act of 1964 and Its Progeny,” 49 St. Louis U.L.J. 981 (2005).

Statement of the U.S. Commission on Civil Rights on the Passing of Professor Drew S. Days III

Read a reflection on the life and legacy of Drew S. Days III from the Schell Center for International Human Rights, which he cofounded