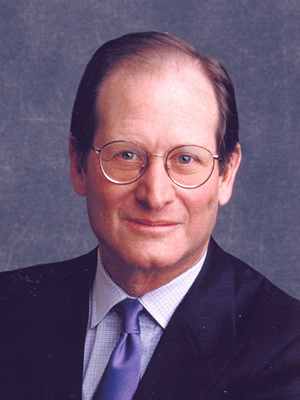 Ben W. Heineman Jr. is a Visiting Lecturer in Law at Yale Law School. Heineman served as GE’s Senior Vice President and General Counsel from 1987 to 2003, followed by Senior Vice President for Law and Public Affairs from 2004 to 2005. He was previously Assistant Secretary for Planning and Evaluation at the U.S. Department of Health, Education, and Welfare, a public interest lawyer, head of a Supreme Court practice, and an award-winning journalist. He clerked for the Honorable Potter Stewart of the U.S. Supreme Court. Heineman serves as a Senior Fellow at Harvard Law School’s Programs on the Legal Profession and on Corporate Governance, as well as Harvard Kennedy School of Government’s Belfer Center for Science and International Affairs. He has a B.A. from Harvard College, a B.Litt. from Oxford University, where he pursued graduate work in political sociology as a Rhodes Scholar, and a J.D. from Yale Law School, where he was editor-in-chief of the Yale Law Journal, in 1971. A past or present board member of Memorial Sloan Kettering Cancer Center, the Center for Strategic and International Studies, Central European University, Transparency International-U.S., the National Constitution Center, and Partners for Justice, Heineman received Yale Law School’s 2019 Award of Merit. He is the author of four books on British race relations, the American Presidency, Corporate High Performance with High Integrity, and the inside counsel revolution.