Henry Hansmann is the Oscar M. Ruebhausen Professor Emeritus of Law at Yale Law School. His scholarship has focused principally on the law and economics of organizational ownership and design. 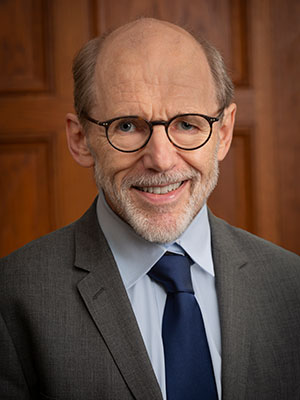 Henry Hansmann is the Oscar M. Ruebhausen Professor Emeritus of Law at Yale Law School. He received both a J.D. and a Ph.D. in economics from Yale University. His scholarship has focused principally on the law and economics of organizational ownership and design. He has written extensively about nonprofit organizations, the relationship between contract law and organizational law, the historical evolution of organizational forms, and the structure of property rights. In addition to his many articles, he is the author of The Ownership of Enterprise and, with others, The Anatomy of Corporate Law: A Functional and Comparative Analysis. He is a fellow of the American Academy of Arts and Sciences, past recipient of a John Simon Guggenheim Foundation Fellowship, and past president of the American Law and Economics Association.

“All Firms are Cooperatives – And so are Governments,” 2 Journal of Entrepreneurial and Organizational Diversity 1-10 (Issue 2, 2013)

“Reflections on the End of History for Corporate Law," in Abdul Rasheed and Toru Yoshikawa, eds., Convergence of Corporate Governance:  Promise and Prospects (Palgrave Macmillan, 2012) (with Reinier Kraakman)

“Regulatory Dualism as a Development Strategy:  Corporate Reform in Brazil, the United States, and the European Union,” 63 Stanford Law Review 475-537 (2011) (with Ronald Gilson and Mariana Pargendler)

“Ownership Form And Trapped Capital In the Hospital Industry,” in Edward Glaeser, ed., The Governance of Not-For-Profit Organizations (University of Chicago Press, 2003) (with Daniel Kessler and Mark McClellan)

"Property, Contract, and Verification: The Numerus Clausus Problem and the Divisibility of Rights," 31 Journal of Legal Studies 373-420 (2002) (with Reinier Kraakman)

"Royalties for Artists Versus Royalties for Authors and Composers," 25 Journal of Cultural Economics 259-81 (2001) (with Marina Santilli)

Entry on "Employee Ownership of Firms" in The New Palgrave Dictionary of Economics and the Law (1998).

Entry on "Ownership of the Firm" in The New Palgrave Dictionary of Economics and the Law (1998).

"What Determines Firm Boundaries in Biotech?," 152 Journal of Institutional and Theoretical Economics 220-25 (1996)

"The Value and Instruments of Competition in Higher Education," in I Valori della Concorrenza (The Value of Competition) (Centro Nazionale di Prevenzione e Difesa Sociale, ed., 1993)

"The Viability of Worker Ownership:  An Economic Perspective on the Political Structure of the Firm," in M. Aoki, B. Gustafsson, and O. Williamson, The Firm as a Nexus of Treaties (Sage, 1990)

"The Economic Role of Commercial Nonprofits:  The Evolution of the Savings Bank Industry," in H. Anheier and W. Seibel, eds., The Third Sector:  Comparative Studies of Nonprofit Organizations (de Gruyter, 1989)

"The Economics and Ethics of Markets for Human Organs," 14 Journal of Health Policy, Politics and Law 57-85 (1989), reprinted in J. Blumstein and F. Sloan, eds., Organ Transplantation Policy:  Issues and Prospects (1989)

"The Effect of Tax Exemption and Other Factors on the Market Share of Nonprofit Versus For Profit Firms," 40 National Tax Journal 71 82 (1987)

"The Organization of Insurance Companies:  Mutual Versus Stock," 1 Journal of Law, Economics, and Organization 125 53 (1985)

Review of P. Burrows and C. Veljanovski, The Economic Approach to Law, 3 International Review of Law and Economics 89 104 (1983)

"Why Are Nonprofits Exempted from Corporate Income Taxation?," in M. White, ed., The Interaction of the Public, Private, and Non Profit Sectors 115 134 (Urban Institute, 1981)

“Virtual Ownership and Managerial Distance: The Governance of Industrial Foundations” (2013) (with Steen Thomsen)