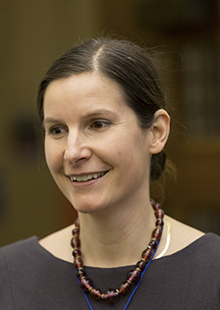 Hope Metcalf is the Executive Director of the Orville H. Schell, Jr. Center for International Human Rights Law and co-teaches the Lowenstein International Human Rights Clinic. In January 2017, she helped to launch the Peter Gruber Rule of Law Clinic. From 2010 to 2014, Metcalf directed the Liman Program and co-taught the Liman Workshop and the Liman Project, an experiential course on criminal justice reform. Prior to that, Metcalf supervised the National Litigation Project of the Allard K. Lowenstein International Human Rights Clinic, which was founded in 2002 to respond to rights violations arising out of U.S. counterterrorism policy. Metcalf’s teaching and research focus on the rights of people in various forms of detention, and she regularly consults with national and international organizations on those subjects. Publications include Terrorizing Academia, 60 J. Leg. Educ. 433 (2011) (with Joseph Margulies) and Gideon at Guantánamo: Democratic and Despotic Detention, 122 Yale L.J. 2504 (2013) (with Judith Resnik). With her clinic students, Metcalf has co-counseled lawsuits before U.S. courts and international fora against the Bush and Obama administrations relating to the torture and indefinite detention of terrorism suspects. Through the Lowenstein Clinic, Metcalf and her students have investigated human rights violations in Connecticut, including solitary confinement, conditions on death row, and the criminalization of homelessness, and have supported local campaigns on those issues. Metcalf is a graduate of Yale College and New York University School of Law and clerked for the Honorable Virginia Long of the New Jersey Supreme Court.