Ian Park is a Visiting Lecturer in Law at Yale Law School. He is a Captain in the U.K. Royal Navy and a barrister. 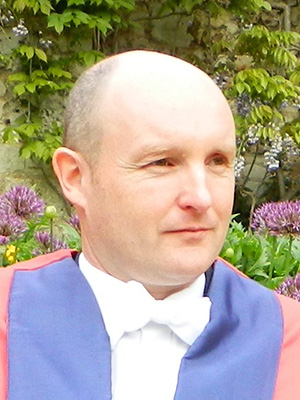 Ian Park is a Visiting Lecturer in Law at Yale Law School. He is a Captain in the U.K. Royal Navy and a barrister. Park has served in seven ships and deployed worldwide in support of the Royal Navy’s contribution to defense. He has also deployed as a legal adviser on operations to Afghanistan and, on many occasions, to the Middle East. Park is, or has been, a Visiting Fellow at Harvard Law School, a Hudson Fellow at Oxford University, a Mountbatten Fellow at Cambridge University, a First Sea Lord’s Fellow, and a Freeman of the City of London. He is a graduate of St. John’s College, Cambridge, has a doctorate in international law from Balliol College, Oxford and has lectured at Harvard Law School, Cambridge University, Oxford University, The Academy of Military Sciences, Beijing, Hanoi University, USSH Hanoi, and Freiburg University amongst other institutions. Ian is the author of, inter alia, The Right to Life in Armed Conflict (Oxford University Press, 2018) and in 2018 was the winner of the outstanding performance by a Her Majesty's Forces barrister at the U.K. Bar Awards.