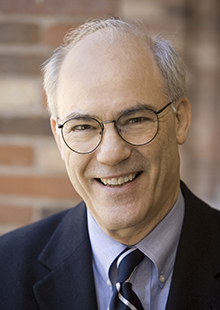 Robert C. Ellickson was appointed Walter E. Meyer Professor of Property and Urban Law at Yale Law School in 1988. He has published numerous articles in legal and public policy journals on topics such as land use and housing policy, land tenure systems, social norms, homelessness, and the organization of households, community associations, and cities. Professor Ellickson’s books include Order Without Law: How Neighbors Settle Disputes (1991) (awarded the Order of the Coif Triennial Book Award in 1996), The Household: Informal Order Around the Hearth (2008), Land Use Controls: Cases and Materials (4th edition 2013, with Vicki Been, Roderick M. Hills, Jr. and Christopher Serkin), and Perspectives on Property Law (4th edition 2014, with Carol M. Rose and Henry E. Smith). He has written about ancient systems of land tenure and also periodically teaches a seminar on the history of development of the City of New Haven. Robert Ellickson was a member of the USC Law Faculty in 1970–1981, and the Stanford Law Faculty in 1981–88. He also has been a visiting professor at the Harvard and University of Chicago Law Schools. He was a founding member and later a director of the American Law and Economics Association, and served as its President in 2000–01. In 2016, the Association awarded him the Ronald H. Coase Medal in recognition of his scholarly contributions. Professor Ellickson served as an adviser during the American Law Institute’s preparation of the Restatement, Third, Property—Servitudes, and currently serves in the same capacity for the Restatement (Fourth) of Property. He is a fellow of the American Academy of Arts and Sciences, and, in 2008, received the William & Mary Law School’s Brigham-Kanner Property Rights Prize for Property Scholarship. At Yale Law School he has served as Deputy Dean (1991–92) and, during the reconstruction of the Sterling Law buildings, as chairman of the Building Committee. Prior to entering teaching in 1970, he worked for a Presidential commission on housing policy and then for Levitt & Sons, the homebuilding firm. Professor Ellickson is married to Lynn Hammer and has two children. For many decades he competed in competitive Scrabble tournaments and, during intervals when fortune smiled, was ranked as one of the top 20 players in the United States.