Stephen B. Bright has taught courses on capital punishment and issues of race and poverty in criminal cases as fellow or visiting lecturer since 1993. He has represented people in capital cases in the state and federal courts since 1979. He was director of the Southern Center for Human Rights in Atlanta from 1982 to 2005, and as its president and senior counsel from 2006 to 2016. 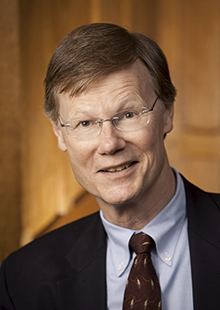 Stephen B. Bright has tried capital cases before juries in Alabama, Georgia and Mississippi; argued four capital cases before the United States Supreme Court; and argued many other cases before state and federal appellate courts. The Supreme Court ruled in favor of his client in each case. Three involved racial discrimination in jury selection and the fourth involved the right to a mental health expert for a poor person facing the death penalty.

He served as director the Southern Center for Human Rights in Atlanta from 1982 to 2005, and as its president and senior counsel from 2006 to 2016. Before joining the Southern Center, he was a legal services attorney in Appalachia; a public defender in Washington, D.C.; and director of a law school clinical program in Washington. He is also Visiting Associate Professor at the Georgetown University Law Center. Subjects of his litigation, teaching and writing include capital punishment, legal representation for poor people accused of crimes, conditions and practices in prisons and jails, racial discrimination in the criminal courts, and judicial independence.

Bright received the American Bar Association’s Thurgood Marshall Award in 1998. The Daily Report, a legal newspaper in Georgia, named him “Agitator (and Newsmaker) of the Year” in 2003 for his contribution to bringing about creation of a public defender system in Georgia, and “Lawyer of the Year” in 2017 for his success in challenging racial discrimination before the United States Supreme Court in the case of Foster v. Chatman. His work has been the subject of two books, Proximity to Death (William S. McFeely, 1999), and Finding Life on Death Row (Katya Lezin, 1999), and a film, “Fighting for Life in the Death Belt” (Adam Elend and Jeff Marks, 2005).