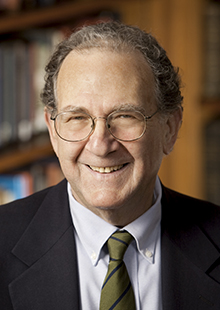 Stephen Wizner is the William O. Douglas Clinical Professor Emeritus of Law at Yale Law School. He has been on the Law School faculty since 1970. He also has a Special Appointment as the Sackler Professor of Law at Tel Aviv University, where he serves as consultant and advisor on clinical legal education. He received his A.B. from Dartmouth College in 1959, and a J.D. from the University of Chicago in 1963. From 1963 to 1966 Professor Wizner served as a Trial Attorney with the Criminal Division of the United States Department of Justice (Honors Program) in Washington, D.C. From 1966 to 1970 he was a legal services lawyer in New York City, first as a Staff Attorney at the Columbia University Center on Social Welfare Policy and Law, and then as a Managing Attorney at Mobilization for Youth (MFY) Legal Services. At Yale, Professor Wizner has taught and supervised students in the Law School's clinical program, and has taught non-clinical courses in Trial Practice, Evidence, and Ethics. Professor Wizner is the recipient of the William Pincus Award for "outstanding contributions to clinical legal education" from the Association of American Law Schools Section on Clinical Legal Education, the Richard S. Jacobson Trial Advocacy Teaching Award from the Roscoe Pound American Trial Lawyers Foundation, the "Great Teacher Award" from the Society of American Law Schools, the Charles J. Parker Legal Services Award from the Connecticut Bar Association, The Connecticut Law Tribune Award "for distinguished service to the State Bar," and the Theodore I. Koskoff Award "for outstanding contributions to trial law specialization and certification" from the National Board of Trial Advocacy.  Among his many professional and community activities, Professor Wizner is a Member of the Criminal Justice Act Advisory Committee for the United States Court of Appeals for the Second Circuit, a member of the Editorial Board of the Connecticut Law Tribune, a Special Master of the Connecticut Superior Court Regional Family Trial Docket, and Dean of the Faculty of the National Board of Legal Specialty Certification. Professor Wizner is the author of numerous articles on legal education, legal services, ethics, juvenile justice, and poverty law.