From Practicing Law to Covering the Supreme Court

I have covered the Supreme Court for The New York Times since 2008, when I succeeded Linda Greenhouse, who now teaches at Yale Law School.

The job is, as Robert Bork put it, controversially but correctly, an intellectual feast. The quality of the advocacy these days is superb, the cases are sometimes compelling and almost always interesting, and the justices are good lawyers and fascinating people.

But the work can also be extremely challenging. That is partly a function of the subject matter, which is often tangled and technical. After reading the briefs and attending the arguments, I usually feel in good command of the issues, partly because the justices often return to variations on familiar questions. Understanding the cases, though, is only half the battle. Translating legal concepts into conversational English can be hard, and making an AEDPA or ERISA case accessible and inviting for a typical Times reader — an educated person without legal training — is sometimes impossible.

A relatively recent development has made the job even harder. Editors and readers demand almost instant reports on major developments, which means that 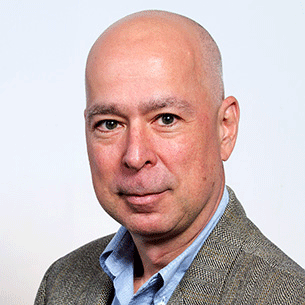 my early stories are thin and lack the consideration of doctrinal context and practical consequences that ought to distinguish The Times’s coverage from that of other outlets. Later versions of the same stories are fuller and better, but I fear there is an inverse relationship between readership and quality.

I practiced law for 14 years before turning to reporting. I was first a litigation associate for four years at Cahill Gordon & Reindel, lured there by the prospect of working with Floyd Abrams, then and now the leading First Amendment lawyer in the United States. I had taken a class with him at the law school. (In recent years, Floyd and I have taught a version of that same class together at the law school.)

At the firm, I felt I was practicing at the very highest levels, sparing no expense, surrounded by authentically brilliant people and turning out fine legal product. In many ways I wish I had stayed there longer. I was getting excellent training and opportunities, and I litigated what I now realize was an interesting variety of civil cases. I may have made a mistake in specializing too soon into First Amendment law.

I next took a job in the legal department of The New York Times Company. I specialized in traditional press law—libel, privacy, access, subpoenas. The job was at once sexy and sleepy, with a Maytag-repairman quality to it. American law was at the time very protective of the establishment press, the law in the area seemed quite settled, and the quality of The Times’ journalism is high. By way of example, The Times has to this day not lost or settled for money a libel suit in the United States since New York Times v. Sullivan in 1964.

I still litigated and supervised litigation, and I liked my clients. There were enormous pluses to working in-house, at least for me: I got to choose what I’d handle myself and what I’d farm out; the counseling that went on in-house was much closer to the issues and personalities than law firm work was; and I was treated with respect by people far more seasoned than I. The minuses relative to the firm were the lack of the same kind of intellectual stimulation, a tendency to let my standards slip because not every problem or risk needed an A+ response, and the nagging suspicion that I was not taken entirely seriously by outside counsel.

I spent a decade in The Times Company’s legal department. In 2002, I moved to the newsroom, covering the law for the paper’s national desk. That was a great job. I roamed the country looking for distinctive stories that opened windows onto important legal issues. I wrote series on life sentences, campaign contributions to the Ohio Supreme Court and ways in which the American legal system differs from that of other developed nations. I started a column on legal affairs called Sidebar.

I hesitated to leave my job as national legal reporter when Linda retired. I did not want to move to Washington, and I thought the Supreme Court beat would be constraining. But covering the Court has for the most part turned out to be a pleasure and a privilege.