Seeing Others Succeed Is a Win-Win 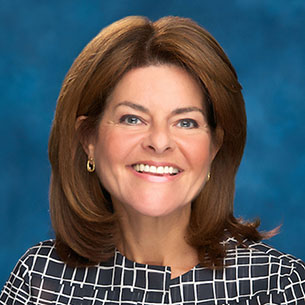 Amy Schulman has had a successful career, even though her path wasn’t always what she expected.

“Any leadership journey has surprises, including mine — with the ups and downs it’s tempting to question choices and risk tolerance,” Schulman said. “Ultimately, I was lucky that the different paths became satisfying and gave me a chance to be successful. In its own way, each job was intellectually enriching, and my colleagues and teams have been an important anchor and frankly a tremendous source of joy.”

Professionally, Schulman wears many hats; she is a healthcare investor and Managing Partner at Polaris Partners. She also co-founded and acts as Managing Partner of the Polaris Innovation Fund, which was formed in 2017. She currently serves as Executive Chair of SQZ Biotech, as well as Lyndra Therapeutics where she was a co-founder and the company’s first CEO. She also represents Polaris as Director of Kallyope, Volastra, Thirty Madison, and ByHeart.

“When I took my goals out of the equation and listened to what others need and want from me, it underscored that I take a genuine satisfaction in others’ success,” Schulman said.

Prior to joining Polaris in 2014, Schulman held various executive roles at Pfizer including as General Counsel, President of Pfizer Consumer Healthcare and Pfizer Nutrition, where she was instrumental in its sale to Nestle for $11.85 billion.

Schulman learned how to juggle competing demands, deep humility about her own aptitude, and curiosity about other’s paths while at Yale Law School. “At YLS I was taught to believe in lopsided intellectual journeys as opposed to the well-rounded all-star, and the ability to sustain effort even when lonely,” said Schulman.

Schulman has received numerous awards including 2019 PharmaVoice 100, Xconomy’s 2017 Newcomer Award, Scientific American’s 2015 Worldview 100 List, Fierce Biotech’s 2014 Top 15 Women in Biotech, and Fortune Magazine’s 2013 50 Most Powerful Women in Business. She serves on the Board of Directors of Alnylam Pharmaceuticals and Mount Sinai Hospital. She is also a Member of Singapore’s Health and Biomedical Sciences International Advisory Council.

Schulman is a Phi Beta Kappa graduate of Wesleyan University with a joint degree in philosophy and English and earned her J.D. from Yale Law School.