When Personal and Professional Interest Collide 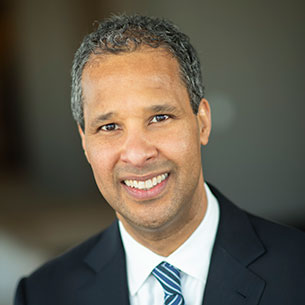 B. Marc Allen was fortunate to have a very organic leadership journey, with his personal and professional interests intersecting throughout his career. Professionally, he had an interest in business, international law, and government. Personally, he had a passion for flying and aviation.

Allen deferred law school for a number of years after college, choosing to work first in the business world as a strategy consultant and then for a small startup. After Yale Law School, he clerked for a series of judges before entering a litigation practice in Washington, D.C. Several of his cases had an international flavor, something he prized since living in France as a young child. “All these passions came together in a serendipitous way in 2007 when I came to Boeing as the international general counsel,” said Allen. “It was a perfect place to begin with Boeing because I was able to see the breadth of the enterprise, as well as its scope across the world, globally and locally.”

Currently serving as Chief Strategy Officer and Senior Vice President of Strategy and Corporate Development at The Boeing Company, Allen says listening, curiosity, and doing what’s right are the core leadership values that he tries to bring to the teams he leads. “If you want to be a continuous learner, you have to be a continuous listener. Curiosity is something that just speaks for itself — inside of an organization, inside of a team, it’s always rewarded by growth,” said Allen. “I believe in doing what’s right even when it hurts — especially when it hurts. It’s also critical to care for the interests of your people. Great people are what always make the difference in every organization and with any challenge.”

When leading others, Allen said empowering your team members to be their authentic self is important. “When people can be authentic with one another, that in turn creates an environment of trust and respect,” said Allen. “To help create that empowerment, it’s so important to be transparent and open to others’ diverse perspectives and thinking, which helps everyone break out of their own silos and homogeneous network.”

That spirit of collaboration was a skill Allen developed while attending Yale Law School. “After working in business for several years, I was hungry for the intellectual engagement. And, being on the conservative end of the political spectrum, I got a full dose of challenge to my thinking at YLS. It was awesome,” said Allen. “My thinking and core convictions were really strengthened by that dynamic; it was an incredibly healthy, open, and trusting environment in which I found the debates playing out. I came out of YLS with a fellowship mindset that was invaluable. There was a spirit of collaboration and ‘we’re in this together’ that surmounted all the differences of opinion and ideology.”

Allen tries to create a uniquely productive culture for others to succeed by telling leaders to just jump right in, despite the barriers they will inevitably face. “It’s easy to get caught up in the reality of barriers, whether of bias, bureaucracy, or just other blockers,” said Allen. “There will always be barriers. But you need to look for ways around them and chart your path by focusing on the work and your contributions.”

Before Boeing, Allen practiced law in Washington, D.C., litigating complex commercial cases for domestic and international clients. Previous government service includes an appointment as U.S. Supreme Court Justice Anthony M. Kennedy’s law clerk. He has prior business experience in strategy consulting and startup leadership. Allen is an Aspen Institute Henry Crown Fellow and member of the Council on Foreign Relations. He also serves on numerous boards, including for the Procter & Gamble Company and as Chairman of the International Justice Mission.