On the Job Training 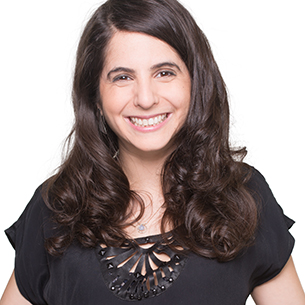 Basha Rubin ’10 had the idea to found her company when she graduated from Yale Law School at age 25, with no previous business or technology experience. While Rubin was in law school during the Great Recession, she came to believe that the law firm business model could be disrupted with an online marketplace that made access to legal services more transparent, cost-effective and efficient.

Rubin is the CEO and Co-founder of Priori, which she launched in 2013. Founded with her Yale Law School classmate, Mirra Levitt ’10, Rubin has hired more than 50 employees since founding raised more than $20 million in venture capital financing.

It took a while for the business to hit its hypergrowth start-up moment. “For several years, I wrestled with the tension between my conviction that a legal marketplace had the potential to fundamentally transform the legal industry and the undeniable fact that we had not quite found product-market fit until several years into the company-building process,” Rubin said.

Rubin was able to persevere through the uncertain early start-up days because she surrounded herself with a talented team, investors and advisors who believed in the vision of the company as strongly as she and Levitt did.

Rubin’s leadership journey was “on the job” as Priori scaled from its pre-seed funding days to today. When asked about what leadership skills have been the most important in her career, Rubin mentioned empathy, perseverance, honesty, and humility. Rubin and Levitt take a “no job too small” approach to leadership, demonstrating to their employees that as leaders they too will undertake unglamorous tasks and work long hours. Rubin says she always tries to treat her team with respect — responding promptly to inquiries, providing them with visibility into the business and allowing them unquestioned space to manage any personal issues that arise.

Rubin said she loved her time at Yale Law School. “I met some of my dearest friends, including my co-founder, Mirra, and my life partner, Scott Grinsell ’09. I had the privilege of studying with many of the most brilliant minds in the law and did clinic work that I hope had a meaningful impact on the lives of those we served,” Rubin said. “Yale Law School gave me the confidence to take a leap into the unknown and start a company, a professional network I’ve relied on time and again over the years and a rigorous approach to problem-solving that has served me in all aspects of my career.”

Rubin, who writes and speaks extensively about how technology, is changing in the marketplace for legal services, said she would tell her former law school self not to get distracted by the “brass rings” people often strive for and focus on how she could be the most impactful.

Her work has been featured in Forbes, TechCrunch, Entrepreneur, and Corporate Counsel and she has spoken at numerous conferences. Rubin has been named an ABA Journal Legal Rebel, Financial Times Top 10 Legal Business Technologist, LTRC Woman of LegalTech, Fastcase 50 award-winner, and was part of Baylor Law School’s “The Braintrust.”

Rubin holds a J.D. from Yale Law School and B.A. from Yale University.