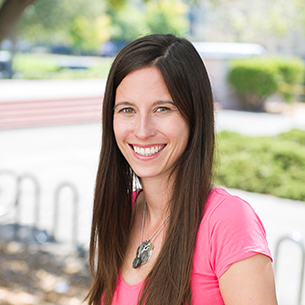 Since college, I have known that I someday wanted to work in immigration policy for the U.S. government. But the timing never seemed right, whether it was because I was still enrolled in school or undertaking a clerkship. The Yale Public Interest Fellowship afforded me the opportunity to live out my dream and undertake the work that I had long wanted to do. I hope that other students will recognize Yale’s fellowship program for this benefit: as a way to pursue jobs that might not otherwise be financially and/or substantively open to a recent law grad. It also opens longer term career opportunities; like many fellows, I obtained employment with the Department even after my fellowship ended.

In large part my main takeaway from my work at DHS is how impressed I was with those who worked at the Department. The dedication to work, whether it be with extra hours, weekend projects, late or early phone calls, and other evidence of deep commitment to the Department, is very impressive. I was and am inspired by their dedication, and it encourages and engages me to reach to similar heights.

I also loved the variety and the pace of the work. One day I was developing a spreadsheet tracking a piece of legislation. The next day I was writing a memo for a principal on a complex decision. Law and policy worked seamlessly together in immigration policy, so I never knew whether I would be pouring through Lexis to find a particular citation in the U.S. code, or reading Presidential statements and speeches to clarify what the White House has said on a particular issue. You will very rarely be bored!

What surprised me most about the work is the contours of government bureaucracy. After nearly a decade of studying immigration policy, I understood well that legislation in this area is sticky and hard to pass, and that often decision-making seems to occur at a slow pace. But I had no real sense of why executive actions tend to take a long time as well. I now know that there is an extensive clearance process within the Department, by which components of the Department and other key players comment on work products. Because there are such varied interests, it can be very difficult to build consensus. This means that whatever is published has the agreement of nearly everyone in the Department. But it also means that it can take a long time before a decision is reached.