Doing What You’re Born to Do 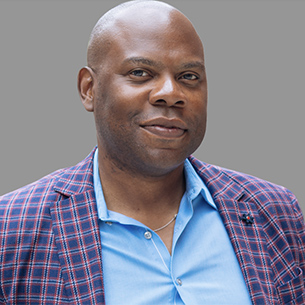 Gary Stewart describes his career journey as nontraditional and powered by both curiosity and a sense of purpose. After nine years in the corporate world, he decided to focus the next phase of his career on what he cares the most about — entrepreneurship.

“Life is too short not to follow your true passions and not to reinvent yourself every now and then,” said Stewart.

The road to Stewart’s finding his passion included working in different countries, where he had the opportunity to speak with British and Spanish royalty, CEOs, and start-up founders.

His desire to make sure that anyone who wants to become an entrepreneur has a chance, regardless of race, gender, geography, or socioeconomic status led Stewart to found FounderTribes, a digital platform that gives founders access to educational, financial, and network connections, as well the capital needed to start and scale their businesses.

Serving in various leadership roles, Stewart said empathy is the most important skill in his arsenal. “IQ is undoubtedly important, but EQ is what ensures that other people want to follow your leadership, are inspired by you, and want to help you to succeed,” said Stewart. “The most important value is also the simplest: Do unto others as you would have them do unto you.”

Stewart said that believing in oneself even when others don’t is essential to overcoming obstacles. His family instilled in him a robust sense of self confidence that helped him drown out critics, including his own inner saboteur. He recalls the advice he received from his aunt who said, “Gary, just remember, no matter what other people might say, you are as good as any, better than many, and inferior to none.”

If Stewart could give leadership advice to his former law school self, he would say: “Life will take you down many unexpected paths, but YLS has prepared you to navigate them all. What’s more, you have an amazing community of YLS alums and faculty that ‘have your back.’ You are extremely privileged to have such an elite safety net, so chill out, get out of your own way, and get to work doing what you were born to do.”