Jamelia Morgan ’13 is Assistant Professor of Law at the University of California Irvine School of Law. Previously, she was Associate Professor of Law and the Robert D. Glass Scholar at the University of Connecticut School of Law. Her scholarship focuses on issues at the intersections of race, disability, and criminal law and punishment. At the time of this interview for the Yale Law Report, Morgan was Arthur Liman Fellow at the ACLU National Prison Project.

YLR: Could you describe the nature of your work at the ACLU-National Prison Project?

Jamelia Morgan: I help lead our research and advocacy on the use of solitary confinement on physically disabled prisoners. This is a population that is often marginalized in prisons and jails. Although data on the exact numbers of individuals in prisons and jails is difficult to locate, estimates indicate that as many as 26 percent of state prisoners report possessing a hearing or visual impairment or physical disability. As the prison population ages, research indicates that the number of prisoners living with physical disabilities and chronic conditions will increase significantly. These problems in the general prison population are magnified in isolation. My fellowship project’s overarching goals are to formulate actions to stop the use of isolation on individuals with disabilities and prevent the use of this practice from expanding with proactive advocacy and public education—and possibly litigation.

In addition, I work on the NPP’s Stop Solitary campaign, which over the last five years has been working to end solitary confinement as a practice in federal and state prisons. I also work on other cases challenging unlawful conditions of confinement in state prisons. 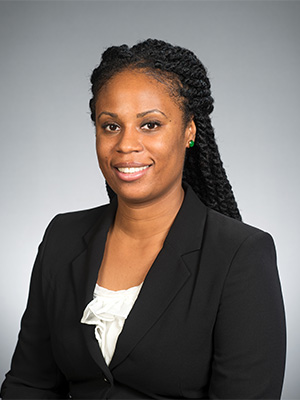 YLR: How did your time at the Law School studying criminal law and being active in the Liman program help shape your professional aspirations? How did your legal training prepare you for facing these issues in the real world?

Morgan: In large part, my current work is informed by my participation in the Liman Program (the colloquium in particular) as well as my participation in the Detention and Human Rights Clinic. Both the Liman Program and the Detention Clinic provided me with practical legal training in the field of prisoner’s rights—exposing me to the relevant law, thought-provoking scholarship, and day-to-day rules and regulations governing prisons. Through my legal training and experiences in law school, I came to learn more about the terrible suffering imposed upon prisoners held in solitary confinement, and I became motivated to find some way to get involved with the movement to end the horrible practice.

YLR: From your time as a student to today as Liman fellow, do you feel that the work happening at Yale Law School is impacting the national conversation around criminal justice reform?

Morgan: Certainly. President Obama’s historic op-ed in the Washington Post called for an outright ban on solitary confinement for youth, and adopted recommendations promulgated by the Department of Justice to address the overuse of solitary confinement in the federal prison system. In his op-ed, President Obama made express reference to Time-In-Cell, a report produced in 2015 by the Liman Program and the Association of State Correctional Administrators (ASCA). That report, as well as a 2013 report on Administrative Segregation, has played an important role in framing the conversation on solitary confinement by providing the essential data to provide both an accurate picture of the practice nation-wide and clear estimates on the scope of the problem—that is, the number of individuals subjected to the practice. These reports would not have been possible without the partnership between the Liman Program and the ASCA program, whose joint efforts to tackle and understand the contours of solitary confinement as a practice have served as a catalyst for greater calls for reform.