Leadership Is More Than Being in Charge 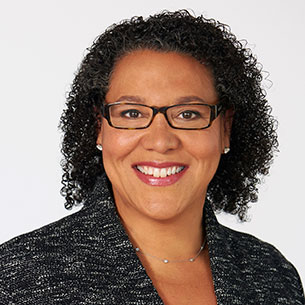 Kimberley Harris’s leadership journey began very young. “I have had leadership roles since high school, but many of those roles were more about being in charge than being a leader,” said Harris.

Her transition from “being in charge” to leading a team included developing, communicating, and reinforcing a team culture and a group mission. “It was not until I was responsible for the professional performance and well-being of a group of lawyers that I felt like a true leader,” said Harris.

Harris, who is Executive Vice President of Comcast Corporation and General Counsel of NBCUniversal, believes the foundation of her leadership philosophy is based on communication, collaboration, collegiality, and empathy. “I try to create a positive culture that fosters individual growth and group achievement through clear communication of core values and a set of principles that define success.”

Harris’s career includes work in both the public and private sector. She served in the White House Counsel’s Office in the Obama Administration and became the principal deputy counsel and deputy assistant to the president in 2011. At the White House, she advised senior executive branch officials on congressional investigations and executive privilege issues. In addition, Harris developed and implemented the White House response to congressional investigations, and managed litigation matters relating to the president.

Prior to her work in the White House, Harris was Senior Counsel to the assistant attorney general, U.S. Department of Justice, Criminal Division.

If Harris could give advice to her former law school self, she would say, “It’s OK to make mistakes, just be honest about them and learn from the experience.”

Harris serves on the board of directors for the Goldman Sachs Group, Inc., and is also a member of each of the firm’s governance, compensation, and public responsibilities committees; Advocates for Children of New York, an organization that provides legal and advocacy services to at-risk students in the New York City school system; and the Brennan Center for Justice at the New York University School of Law. Harris is also a member of the Advisory Board for the Yale Law School Center for the Study of Corporate Law, the board of trustees of the Mount Sinai Health System, and the New York State Permanent Commission on Access to Justice.