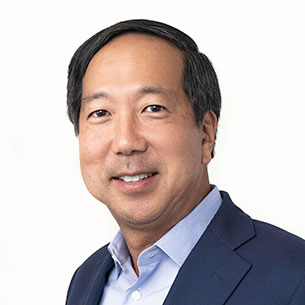 Michael Chae has described his work in private equity as a search for truth. He has spent his career getting to the bottom of how companies and industries work and how they can be made stronger and more successful. That search also describes his approach to leadership.

“If you seek the truth and tell the truth, you can’t go wrong in the end,” said Chae, Chief Financial Officer of Blackstone, the world’s largest alternative asset management firm. “If you take that basic approach, and then as a leader try to instill in people a sense of shared opportunity in the service of something worthwhile that is bigger than oneself, you can accomplish a lot.”

For Chae, it all comes down to what he calls “uncompromising rigor and honesty,” both intellectual and personal. Chae said those are two of the most important values for leaders and professionals. Rigor and intellectual honesty are also what stay with him most from his years at Yale Law School.

“When you take an enormously talented group of people and hone their powers of judgment and analysis, and empower them to embrace the responsibility of leadership, you have a special environment,” he said. “Yale is a heck of a place to prepare for the rest of your professional life, whether in law or government or business.”

Chae’s advice to his law school self?

“Realize that your classmates are and will go on to be some of the most interesting and remarkable people you’ll ever meet — get to know and enjoy as many as you can, as well as you can,” he said.

Prior to law school, Chae worked at investment firms Dillon, Read & Co. and the Carlyle Group, L.P. He joined Blackstone in 1997 and worked in increasingly senior roles across the firm’s businesses and regions. When he was named CFO in 2015, he had played a central role in some of Blackstone’s largest and most significant private equity investments. Prior to his current position, Chae’s leadership roles at Blackstone included Head of International Private Equity and Head of Private Equity for Asia/Pacific.

"I think leaders are made not born, and most often they are best made through learning by doing, from the bottom up,” said Chae. "That means developing sound judgment by making decisions on behalf of increasingly larger groups of people and regarding continually broader and more complex sets of issues," he explained.

In addition to serving as CFO, Chae is a member of Blackstone’s Management Committee, its Operating Committee, the chair of its Enterprise Risk Committee and Valuation Committee. He also sits on many of the firm’s investment committees. He considers his leadership journey to be still unfolding.

“If you are fortunate, the journey is long and never-ending, which means you are always learning and growing,” he said.