An Assistant U.S. Attorney on Being a Prosecutor 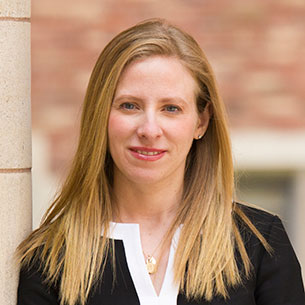 Prior to joining Cahill, Nola Heller ’04 served as an Assistant United States Attorney for the Southern District of New York for 11 years, during which time she game this interview.

YLR: Can you briefly describe your role and work at the U.S. Attorney’s Office?

Nola Heller: I supervise about twenty senior AUSAs who investigate and prosecute cases against violent gang members, murderers, robbers, and organized crime figures. The work of our unit focuses on finding areas in our district that have experienced surges in violent crime, targeting those areas, and bringing cases that help make those communities safer. In April 2016, prosecutors in our unit charged and took down the largest gangs case in New York City history—120 defendants. The next day, TV cameras captured kids returning to play on the playgrounds that the gangs we dismantled had dominated for years. That’s what my job is all about: making New York a safer place, and taking the most dangerous criminals in the country off the streets.

Every day I meet with agents and supervisors from our partner law enforcement agencies—primarily the FBI, DEA, ATF, HSI, and NYPD—to discuss our current cases and take in new ones. One of my most challenging roles is to negotiate and interact with other prosecutors’ offices when we have overlapping investigations, which happens often.

YLR: What led you to pursue this career path?

Heller: In college, I thought I was going to be a journalist. I was a history major and really enjoyed the process of digging into a thorny issue or problem, researching it, and reporting it in hopes of generating a solution. I went to law school never truly intending on being a lawyer, but in my first semester Constitutional Law small group, I was assigned the role of an AUSA for our moot court project. The hypothetical involved the search of a hotel room for drugs and guns. From the moment I stood up to make my argument, I knew I wanted to become an AUSA. An AUSA’s mission to protect the public seemed to me to be the highest calling imaginable, and the investigatory side of an AUSA’s role appealed to the journalist in me. During my 1L summer, I interned at the U.S. Attorney’s Office for the Eastern District of New York (for Marshall Miller ’98), and got assigned to work on a lengthy murder trial. Marshall and his team allowed me to help prep a cooperating witness, sit at counsel table, and even examine an expert witness at the trial. It was the most thrilling and satisfying professional experience I had had to date. I was hooked.

YLR: How did your time at Yale Law School studying criminal law and being active in clinics and the programs help shape your professional aspirations? And how did your legal training prepare you for facing these issues in the real world?

Heller: Once I figured out I wanted to be a prosecutor, I took every criminal law class that was available at the Law School. My favorite class by far was Federal Criminal Prosecutions, taught by Kate Stith and David Fein. They took us through the principles that guide federal prosecutors, the nuts and bolts of how the job works, and case studies on some of the biggest prosecutions of that time, including Enron. That class in particular prepared me especially well for my work at SDNY. I spent a lot of time working with and then directing the Temporary Restraining Order Project, which involved extensive work with victims. I knew I wanted to continue doing that as well. I participated in Barrister’s Union, which gave me a taste of the type of oral advocacy I would be doing on a daily basis as an AUSA. Lastly, although it might not seem likely, my work as Managing Editor of the Yale Law Journal was extremely helpful in preparing for my life as an AUSA; we worked in teams to produce something complex and multifaceted, which is actually similar in many ways to the work that goes into preparing a big case or a trial.

YLR: Do you feel that the work happening at Yale Law School through clinics, coursework, and centers and programs has a broader impact on the work surrounding criminal justice reform nationwide?

Heller: The ideas that get generated at YLS have an impact on so many areas in the legal world. We’ve seen a lot of changes in our sentencing guidelines over recent years, especially in how we treat low-level narcotics offenders. Discussions in the academy about mass incarceration and its effect on the populace helped to bring about those positive changes. The forums and discussions that take place every day in the halls of YLS are the foundation for the policy changes that ultimately get made.

YLR: Before joining the USAO, you held two clerkships. How have those experiences influenced your understanding of the law now that you’re a U.S. Attorney?

Heller: My two years clerking—in the Southern District of New York for Hon. Michael B. Mukasey ’67 and on the Second Circuit for Hon. Reena Raggi—were formative experiences. My judges, who were both former AUSAs themselves, instilled in me the fundamental principles upon which I rely every day. First among them is that it isn’t about winning a particular case but doing the right thing. Sometimes that won’t mean getting the highest sentence or the biggest plea offer. Sometimes that will mean dismissing charges against a sympathetic defendant. Or sometimes it will mean pursuing a difficult case against a worthy target. My judges taught me to be guided by the overarching principles of fairness and equanimity, no matter the defendant or defense counsel. They also taught me how to conduct myself in court, how to treat my adversaries, and how to be a good supervisor and mentor. I will be forever grateful to them both.