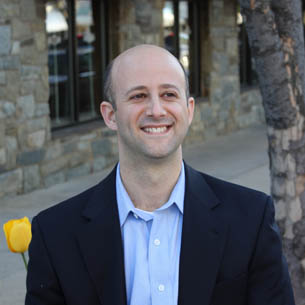 A senior associate at Arnold & Porter specializing in antitrust and pharmaceutical litigation, Paul Mandell was a mere six months from a possible partnership when he decided to leave big firm life to start his own business.

With a young family to support and little start-up cash, it was a risky move. Mandell mortgaged his house and borrowed money, facing serious cash flow problems at times as he launched a legal staffing business named Clutch Legal Staffing.

The idea for the business was a natural for Mandell, whose father had started his own clerical staffing company at the age of 40. The younger Mandell had, in fact, spent summers during his undergraduate years at the University of Maryland working at his dad’s company.

Despite the early cash flow issues and fear of bankruptcy, Clutch Legal Staffing began turning a profit quickly — around $20 million annually. Two years after he founded the company, Mandell sold it.  He stayed on for nearly three years after that, deciding to strike out on his own again with a new business, which he founded with several others, including classmate Ben Kerschberg ‘98. The inspiration for his newest venture came after Mandell attended a relatively lackluster professional conference.

He named his new company “Consero,” and decided to focus on creating professional conferences and events that could offer high-level speakers and would avoid the type of rehashed content that seemed to be the norm among many conferences.

“We recruit speakers who are industry insiders—people who are in the thick of it, and who can speak to the most relevant issues of our time. For example, we recently had a general counsel event during which we wanted to talk about the latest antitrust challenges that are happening in M&A. At the time, there was a very public effort by a Fortune 500 company to acquire a software provider. So we included the heads of anti-trust for each of those companies. Without disclosing anything privileged or confidential, we talked about the issues that similarly situated companies can expect to encounter, what challenges they can expect, and where the FTC and DOJ seem to be most focused.  It was a remarkable panel discussion.”

“There is so much interesting content to talk about, and if you bring the right people together to talk about the right topics, it can be extremely valuable for the participants,” says Mandell.

In addition to leveraging his legal knowledge to create businesses, Mandell has become a member of the Law School’s Fund Board and a leader in gift-giving at an early age. After selling his first business in 2007, he funded a scholarship at YLS which gives preference to students who are matriculating from University of Maryland—College Park, Mandell’s own alma mater.

“One of my hopes with the gift,” he says, “was to inspire other young alums to give as well.”