Succeeding Against All Odds 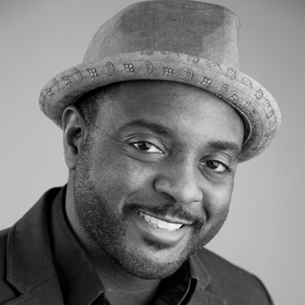 Reginald Dwayne Betts ’16 has associated being a leader with being an educator ever since the age of 16. At that time, he was incarcerated in the Fairfax County Jail and was required to be a GED tutor to fellow incarcerated people to complete his high school education.

“The teacher reminded me that being a tutor, like being a leader, was about the qualities that I brought to the task and not my age. I never forgot that and in some real way every leadership role I’ve had since then has been connected to being an educator,” said Betts.

Those earlier leadership experiences allowed Betts to grow from leading in intimate settings to running a foundation.

Betts is the Director of Freedom Reads, a not-for-profit organization that began as an initiative hosted by The Justice Collaboratory at Yale Law School. Freedom Reads radically transforms access to literature in prisons by installing specially curated 500-book Freedom Libraries, complete with a beautifully handcrafted shelving system designed by the MASS Design Group, on prison housing units and in prison dormitories.

A poet and lawyer, Betts uses poetry and essays to explore the world of prison and the effects of violence and incarceration on American society. Early on, Betts thought that obstacles he faced on his career journey were unique to him and others who served time. But with time, he discovered that his biggest obstacle was convincing himself and others he had the same rights as any other American.

“I have a right to the full participation in this democracy, in its institutions, in my community. And I’ve overcome the obstacles that have stemmed from the routine exclusion of people with criminal records from participating in various aspects of our society by refusing to be silent, by marshaling my own resources, by leaning on the experience and good will of others,” said Betts.

He added, “when your biggest obstacle is people believing you should not exist freely in the world, overcoming that obstacle is fundamentally to live, and so he has chosen to keep living.”

Betts said learning to embrace what he doesn’t know, and quickly assessing if he should develop an expertise or competency in a particular area, has been crucial as his career developed.

“Asking how much I needed to know about a thing became the gateway to curiosity, and maybe that’s the biggest lesson — curiosity is the conduit for so much of my success that I’d be rudderless without it,” Betts said.

He also attributed his success to the relationships he’s built within the Yale Law School community.

In hindsight, Betts wishes he told professors, classmates, and people that worked at the Law School what they meant to him in his journey more often.

“I made a point to talk to nearly everyone. To go to professors’ office hours, to joke with the folks in the registrar’s office, and to speak to security, but I never really took the time to tell most of the people why or that they matter. I wished I’d understood then why this was important before I graduated,” Betts said.

Betts is the author of a memoir and three collections of poetry. He has transformed his latest collection of poetry, the American Book Award-winning Felon, into a solo theater show that explores the post-incarceration experience and lingering consequences of a criminal record through poetry, stories, and by engaging with the timeless and transcendental art of papermaking.

He won the National Magazine Award in the Essays and Criticism category for his New York Times magazine essay that chronicles his journey from prison to becoming a licensed attorney. He has been awarded a Radcliffe Fellowship from Harvard’s Radcliffe Institute of Advanced Study, a Guggenheim Fellowship, and been an Emerson Fellow at New America, and a Civil Society Fellow at Aspen. Betts holds a J.D. from Yale Law School.