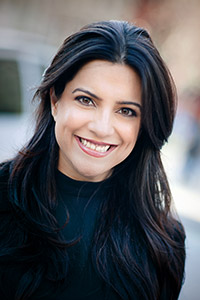 As the founder and CEO of Girls Who Code, Reshma Saujani ’02 aims to transform how the tech world solves one of its most daunting challenges: the dearth of female engineers and scientists.

Growing up in a small Midwestern town, Saujani knew early on that she wanted to make a difference through activism. But along the path that took her from Schaumburg, Illinois, to Yale Law School, to the campaign trail, and now as a successful leader of a thriving nonprofit, Saujani learned that the key to success was not perfection—but bravery. Through her varied experience in law, politics, and policy, Saujani shares what she has learned along the way, how she came to start Girls Who Code, and why it is critical that we develop a pipeline of women running for office, leading companies, and speaking up to create a more equal society. The Yale Law Report spoke to Saujani in 2018 about Girls Who Code and how her time at YLS shaped her career interests.

How did you start Girls Who Code? What has it been like to see it grow and thrive?

When I ran for Congress in 2010, I visited schools and classrooms along the campaign trail. And though I lost the election, something about my time visiting those schools stuck with me—the lack of girls in computer science classrooms. After doing some more research, I realized that no one was even talking about the lack of women and girls in computer science. So, I pulled together some funding and a team, and together we taught twenty girls how to code in a tiny bit of borrowed office space. And now, six years later, we’ve reached ninety thousand girls, and we’re not slowing down. We’re well on our way to reaching gender parity in entry-level tech jobs by 2027. I never could have imagined seeing this kind of success so soon—our college-aged alumni are choosing to major in computer science or related fields at fifteen times the national rate—and I’m so excited to see what’s next.

Can you describe some of your personal background—how that shaped you as you decided what to pursue as a career?

I grew up in Schaumburg, Illinois, the daughter of Indian refugees from Uganda. There weren’t many other people in our small midwestern community who looked like us. By the time I was in middle school I was already very familiar with racism and prejudice. That’s when my activism started—I founded my own advocacy organization called the Prejudice Reduction Interested Students Movement—or PRISM, for short. I led my first march when I was twelve.

What did your time at Yale Law School mean to you?

One of the most important parts of my experience of Yale was the journey to get there — it was an important trial of perseverance and strength for me in my young adult life. For years, I had one obsession: get into Yale Law School. I finished college in three years, took the LSAT, and applied to my dream school. When I didn’t get in, I went to Harvard to study public policy, and then applied to Yale again the following year. And I didn’t get in, again. Most people would have given up after two swings and major misses. I could have chosen another path to my dream, another law school. But I was determined. Eventually, I found myself with an appointment with the Dean of Yale Law School after literally pleading my case at a funeral. He offered me a deal—if I could make it to the top 10% of my class at another law school, he would admit me to Yale. So, I took the deal. And I studied constantly, working my way to the top of my class. I finally made it to Yale, and the experience had pushed me to be a leader. That hustle was what gave me the strength to run for office—twice—and after losing so publicly, go on to found a national nonprofit that is making a major difference in our country. 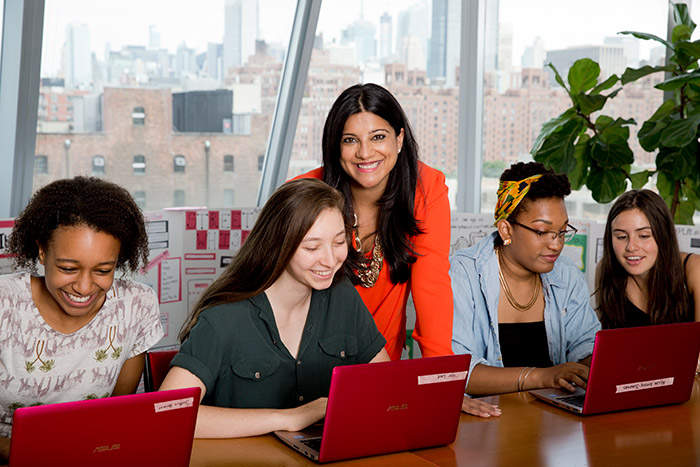 You have a powerful message about why bravery is much more important than perfection. How have you incorporated that message into what you are doing now?

When I was a little girl, I knew I wanted to make a difference in the world—I wanted to make it better, for more people. And I thought the best way to do that was to be perfect: that meant going to school, getting straight A’s, attending Harvard, then Yale. With every feather in my cap I thought I was one step closer to what I was supposed to be doing—but at thirty-two I was crying myself to sleep every night, miserable with my safe corporate career.

Then, I saw Hillary Clinton give her first concession speech, and something she said stuck with me—that just because she had failed, it didn’t mean we shouldn’t try. That speech inspired me to do something brave, for the first time in my life. I quit my job, and dumped all of my savings into running for office. I lost the race, but I decided to try again by running for Public Advocate. I lost that race, too. But in those brave moments, I was able to prove to myself that I could do something that seemed really scary, and I saw that even when I failed, my world didn’t end! Women are still underrepresented in so many areas of American society: science and technology fields, Csuites, boardrooms, government office, and many other sectors.

Why is it important that we teach young women to lead?

It has been absolutely incredible to see the number of women, and particularly women of color, running for office, starting companies, speaking up for equality. I want women to continue to work on exercising their bravery muscles, doing the things that might scare them, and dreaming big. Men have been able to maintain power because we teach them as boys to be brave—while we teach our girls to be perfect. We have to relearn bravery, and keep teaching girls how to step up and lead, because when you give women and girls the tools they need, they can change the world.