A Child Will Lead Them 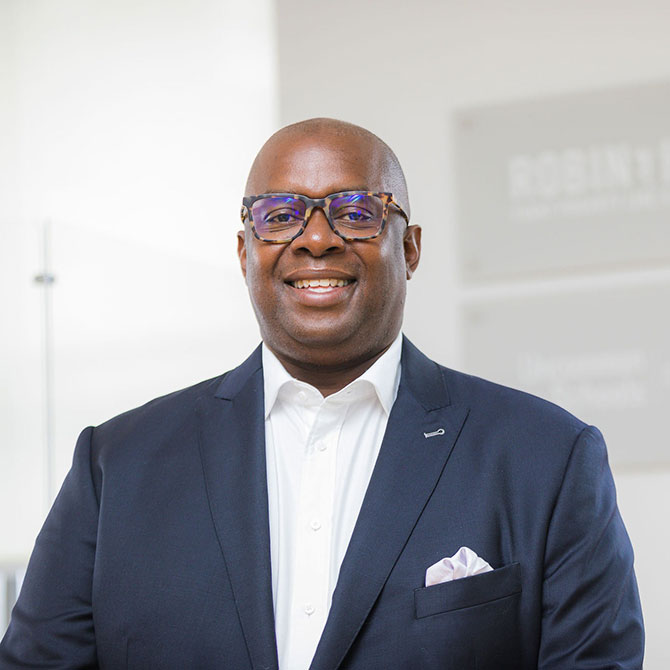 Richard Buery Jr.’s passion for helping families and his first leadership position began at 17. He founded a summer program for kids in a housing development in Massachusetts, and after graduation, he taught fifth graders at an orphanage in Zimbabwe.

“I was lucky to have the opportunity to try my hand at leadership at a young age,” Buery said. “I found myself having to navigate the challenges that come with managing people who were my peers and my friends, while simultaneously figuring out how to build and run a program.”

Going into both of those experiences — and throughout his career — Buery describes himself as suffering from an imposter syndrome.

“What I learned, though, is that I was able to rise to the occasion to do something that I’d never done before if I was just willing to take the chance,” he said. “At every stage of my career, if I had let my lack of confidence or experience guide me, I never would have founded iMentor, Groundwork, become a Deputy Mayor in New York City, or CEO of Robin Hood.”

Buery, a first-generation Panamanian American, is CEO of Robin Hood, one of the nation’s leading poverty-fighting organizations. He believes deeply in finding the right mentors and teachers along the way.

“Because I started out in leadership at a young age, I was inexperienced and missed out on having a coach/mentor figure,” Buery said. “To counter this, I had to be really intentional to find and recruit my own mentors whom I could trust to support and coach me. Through every step of the way, I had to remain humble and ask for help when I needed it because I recognized that I couldn’t do it alone. We all need to surround ourselves with the right people — whether they are on our board or a mentor or on our staff — who we can rely on to help us make the right decisions.”

Buery has devoted his career to help improve the lives of families. Prior to his appointment as CEO of Robin Hood, Buery was CEO of Achievement First, a network of 37 public charter schools providing an excellent education to students across New York, Connecticut, and Rhode Island; Chief of Policy & Public Affairs for KIPP (Knowledge Is Power Program), a national network of college-preparatory and public charter schools in 20 states and the District of Columbia; the first African American and youngest CEO of the Children’s Aid Society, one of the nation's oldest and largest youth-serving organizations; co-founder of South Bronx Rising Together, a network of residents and providers building pathways to success for youth from cradle through college; and founder of Children’s Aid College Prep Charter School, which provides students with rigorous instructional programs that expand learning opportunities and offer a comprehensive set of student support services.

Buery says leadership isn’t about having all the answers and making all the decisions. It’s about bringing together and trusting the right people and providing the space for good ideas.

“As a leader, you’re often faced with needing to solve big and complicated problems, but you can’t approach the solution all at once,” he said. “Even the most complex issues can be solved just by being broken down in a systematic way.”

Serving as New York City’s Deputy Mayor for Strategic Policy Initiatives in Mayor Bill de Blasio’s administration, Buery is credited as the architect of Pre-K for All, a landmark initiative to provide free, full-day, Pre-K for every 4-year-old child in New York City.

He also launched School’s Out NYC, a free after-school program for middle schoolers in the city; and ThriveNYC, a comprehensive effort to improve New Yorkers’ mental health, and NYC Community Schools, an initiative to improve school attendance.

Buery considers himself lucky to experience great leaders — and some who were not so great. The contrast helped him learn what he wanted to emulate as a leader.

“I believe deeply that work should be fun and joyful, so I try to be intentional about creating and maintaining a celebratory culture that gives space for people to be playful, kind, and generous,” Buery said. “Creating that culture calls upon everyone to be nice to one another and apologize when we’re not and to be generous with sharing credit and giving credit where it’s due.” He also believes that it’s important to be clear about roles, rules of engagement, and who has the final say so that people feel supported, rather than undermined.

Buery attributes his leadership model to his experiences and professors at Yale Law School.

“YLS exposed me to some incredible professors — like Owen Fiss, Brett Dignam, and John Simon, to name a few — who showed me what true leadership looked like. Owen Fiss, for instance, chose me out of a hundred smart students to be his research assistant and that really gave me the confidence that I belonged, said Buery. “In my third year, John Simon hired me as his teaching assistant and would refer to me as his ‘colleague’ rather than his assistant. I also had an amazing opportunity to work closely with Brett Dignam on a case. Each of these professors displayed a real generosity in the way they approached their work and took on the role of mentoring, guiding, and creating space for their students and colleagues to grow. These models have stuck with me throughout my career.” He adds, “All in all, the YLS community is extraordinary. There’s something very addictive about being surrounded by talented, smart, and creative people who were carving out pathways to whatever career they wanted to explore — whether that was a traditional role in law, or something different altogether.”