An Impactful Career in Environmental Law 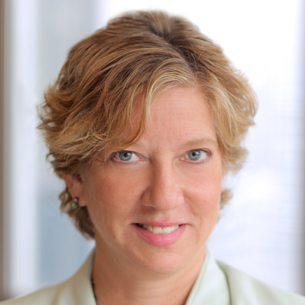 In my lifetime, society has come to more fully understand human impact on the environment, and laws to protect natural resources and human health associated with exposure to hazardous materials have evolved. I first aspired to be an environmental scientist and worked as an environmental planning consultant before entering law school. However, I later learned the formidable power that law and lawyers have to impact issues affecting the environment. This realization was the genesis of my career as an environmental lawyer.

The environmental clinical programs at Yale Law School and summer internships are great opportunities for students to get a flavor of the different settings available to practice environmental law as well as assess the relative advantages of each. I spent my summers working at a nonprofit organization (Environmental Defense Fund) and in the environmental practice groups of two private law firms. It became clear to me that there were multiple paths to a satisfying career in environmental law, and that environmental lawyers could, and often did, make significant shifts (i.e., from private firms to governmental positions) during their careers. Life priorities (i.e., parenting, financial needs), in addition to career goals, played a part in these decisions.

After my 1986 graduation from YLS, I clerked for a federal district judge in the Southern District of New York. To further develop the litigation skills I was beginning to learn in my clerkship, I then joined the litigation practice of a large New York firm (Debevoise & Plimpton). My decision to develop litigation skills in a high caliber firm at the beginning of my career (and not to specialize in environmental law initially) was one of the best professional decisions I made, and I recommend it to other graduating law students. I spent several years honing my litigation skills (and made money to take a year to travel and do volunteer work). Despite the long hours and sometimes humdrum tasks that plague junior associates in firms to this day, the experience provided me with the legal and writing skills that have served me in every position that I have held since.

With the birth of my first child, I decided to leave private practice in New York for government service in Washington, D.C. and to elect for a compressed work week to give me time for my family. In every position I have held since (with one minor deviation), I worked from my home one day each week, and my children, now young adults, appreciate that I made that time for them. While balancing family and law (and trying to be available for both, sometimes simultaneously) is difficult and a bit of an art form, if I had it to do again, I would make the same career choices today.

My first government stint, as an attorney for the United States Environmental Protection Agency, Office of General Counsel, involved analyzing legal policy with respect to federal environmental laws, regulations, and programs and representing the Office of General Counsel on workgroups involving innovative policy areas, such as Superfund reauthorization, policies to remedy pollution in low-income and minority communities and developing rules to govern the environmental liability of lenders. My next government position (back in New York and back to litigation) as an Assistant Attorney General in the New York State Department of Law, Environmental Protection Bureau, entailed representing the State in affirmative and defensive environmental litigation in federal and state courts. My cases involved wetlands requirements and hazardous waste remediation actions against diverse defendants, such as a municipality, a dissolved corporation, a liquidating trust, bankrupt entities, corporate parents, and successors. In addition, I represented the Attorney General on various environmental policy issues before the National Association of Attorneys General and drafted briefing memoranda regarding various policy issues, including environmental justice. My government service was challenging and rewarding, and I would definitely consider serving in the government again during my career.

Due largely to a change in administration, in late 1995, I re-entered private practice in New York and have practiced environmental law in that setting since, representing both private clients and government agencies. While I have been involved in some environmental litigation over the years, my legal work has largely focused on (as it was in the early days of my career) negotiation, consensus building and voluntary compliance with environmental laws. In addition, through my work on various working groups and committees, including those organized as public/private partnerships by governmental bodies, I have played a role in policymaking with respect to cutting edge environmental issues.

Over the last few years, I started and now run a family foundation which invests its endowment in responsible and impact investments and whose charitable focus is on the intersection of climate change and sustainable agriculture. In addition, I now am a member in an angel investor group and make seed investments in environmental businesses that are seeking new and better ways to address social and environmental needs both domestically and abroad. I bring a lawyer’s lens to both grant-making and investment decisions as a personal strength to help make sound decisions.

There are enormous opportunities in all sectors for environmental lawyers to have a positive impact on environmental matters. On a global scale, the challenge has never been as great as today. I have found that counseling private clients — working on the inside — can result in environmental benefits that might not be achieved in any other fashion. I have also found that consensus building and analytical skills built by decades of lawyering are enormously effective tools guiding me in a new phase of professional and personal development outside traditional law practice.