Working in Human Rights Law at an NGO 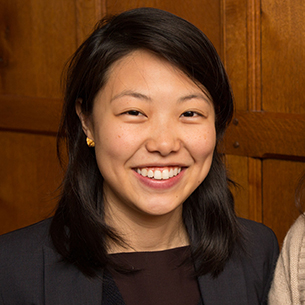 Scarlet Kim ’11 is currently a staff attorney with the ACLU’s National Security Project. At the time of this interview, she was a Legal Officer for Privacy International, a London-based human rights NGO focused on issues of technology, surveillance and protection of privacy. Scarlet Kim graduated from the Law School in 2011. After law school she was a Gruber Fellow in Global Justice at the New York Civil Liberties Union, where she investigated the use of solitary confinement in New York state prisons. Following her fellowship, Scarlet clerked for the Honorable John Gleeson of the U.S. District Court for the Eastern District of New York. In 2013, she was awarded a Robina Post-Graduate Human Rights Fellowship to work at the Privacy International, where she continues to work.

Kim spoke to the Schell Center about current projects she’s working on and shared advice about working in human rights.

Tell us a little about what you do. What projects are you working on at the moment?

I’m a Legal Officer at Privacy International. I work primarily in our surveillance program, which addresses emerging state surveillance capabilities as well as the surveillance technology industry. I manage several of our current cases and I also work closely with our policy and advocacy team to evaluate privacy and surveillance laws and practices, focusing on emerging technologies.

A current project that I’m particularly excited about is one that challenges government hacking for surveillance purposes. Hacking presents unique and grave threats to both privacy and security. It has the potential to be far more intrusive than any other surveillance technique, permitting the government access to our personal devices and all the intimate information they store. It also permits the government to control the functionality of our devices, facilitating real-time surveillance through a device’s microphone, webcam and GPS-based locator technology, or enabling the alteration, creation or deletion of data. At the same time, hacking has the potential to undermine the security not only of targeted devices but also the Internet as a whole. A growing number of governments around the world are embracing hacking but many deploy this capability in secret and without a clear basis in law. Hacking therefore exemplifies how technology can radically transform the powers of the state and create dangerous legal lacunae.

The hacking project demonstrates Privacy International’s general approach to privacy and surveillance issues, combining strategic litigation, policy advocacy and public education. We are directly challenging the hacking powers of the British intelligence agencies, one of the first cases of its kind in the world. We have also intervened in cases addressing the government’s power to hack in the US, including in Apple v. FBI, where we collaborated with Human Rights Watch. Our policy work includes researching hacking practices across a number of jurisdictions as well as the legal and regulatory frameworks - where they exist - governing this activity. We have submitted international human rights analyses on several pieces of legislation placing hacking on statutory footing for the first time - in the U.K., Italy and the Netherlands. We have also worked with partner organizations in Latin America to evaluate hacking practices and related legislative developments. Finally, we are working on a number of materials, including a video and explainers, to communicate the privacy and security implications of hacking to the wider public.

(Read more about hacking in the U.S. and U.K. in an article Scarlet wrote for Just Security.)

What are the chief challenges you confront in your work? What strategies have you developed to overcome them?

One challenge is grappling with technology, which plays a major role in our work. Working with technology means that, as lawyers, we have to demonstrate factual humility, acknowledging that understanding technology requires expertise far outside of the law. At Privacy International, lawyers and technologists work side-by-side on many projects, but our perspectives and approaches can differ dramatically. I think, however, that these tensions often lead to stronger, and sometimes novel, positions.

The other challenge with respect to technology is the sheer pace of change, which can be legally disruptive. Disruption can take many forms - it can drive institutional change, transforming how law enforcement, for example, makes decisions; it can make it harder to enforce existing law; or it can require existing law to substantively change. The disruptive quality of technology means constantly assessing the law against new developments. And it sometimes means demonstrating legal creativity, considering how the theoretical basis of a legal principle or its application should change.

Another major challenge in our work is that the concept of the right to privacy doesn't often resonate with the public. Unlike, for example, the right to freedom from torture, the right to privacy can come across as relatively abstract. Before Privacy International, I worked on prisoners’ rights issues and I sometimes draw analogies from that work to translate why the right to privacy is so important. Prisons are closed institutions, rarely piercing the public consciousness. Government surveillance is similarly conducted in secret, often without our awareness. Prisoners occupy a world where the government exercises near total control and is subject to less meaningful checks. Surveillance also offers the state the opportunity to test the limits of its powers and capabilities. At its apex, it can completely disempower citizens, for example, by eroding other fundamental rights, like the freedom to think, speak, or worship without reprisal. Both contexts - a state’s treatment of prisoners or its respect for privacy - might therefore serve as a barometer for a state’s true respect for civil liberties. And a state's disdain for either might be an important warning about its general posture towards human rights and social justice.

Human rights advances often happen over decades, not weeks. How do you maintain your optimism and momentum?

I am not very optimistic. I think governments around the world are trending towards adopting increasingly intrusive surveillance practices or passing sweeping surveillance laws. And I think it is incredibly difficult to roll-back those powers once they are in place. The situation isn’t hopeless, but I think it’s important to be clear-eyed about the enormous challenges we face.

There are two particular areas of Privacy International’s work that I think are especially critical for maintaining momentum in this field. First, in addition to lawyers and technologists, we have researchers, who undertake in-depth investigations into both government surveillance and the surveillance technology industry. In the past year, they have published reports on surveillance practices in Kenya and Thailand as well as the surveillance trade underpinning surveillance capabilities in Syria. They have previously also reported on the linkages between surveillance technology companies and the governments of Egypt, Uganda and Colombia. This type of investigation and documentation is especially important in our field because it renders intelligible the technical complexity of modern surveillance and because it illustrates the linkages between surveillance and serious human rights abuses. Many of these reports have generated media coverage and created advocacy opportunities at the national, regional and international level.

Second, we partner with organizations and activists across Latin America, Africa and Asia; together we form an international network of privacy advocates. In some of the countries where our partners work, legal frameworks implicating the right to privacy are in the process of conceptualization. These jurisdictions sometimes offer us the opportunity to work with our partners to come up with a strong template for the protection of privacy. At the same time, through our network, we are generating strategies, advocacy campaigns and educational material that we hope will ensure the sustainability of a global movement to protect the right to privacy.

Thinking back to your time at Yale, what experiences then were especially formative?

My experiences in the clinics were incredibly formative. In particular, in my last year I participated in a detention and human rights clinic, which explored the treatment of incarcerated persons - from state prisoners to detainees in the “war on terror” - using cross-cutting domestic and international legal frameworks. I worked with fellow students to represent individuals in solitary confinement at a Connecticut prison while crafting a human rights-based approach to challenging this practice.

The clinic had a direct and immediate impact on my post-graduate career. It inspired me to seek a human rights fellowship to work at the New York Civil Liberties Union, where I sought to incorporate human rights standards on the treatment of prisoners into state-level litigation and advocacy challenging the use of solitary confinement in New York. More broadly, however, it opened my eyes to the multi-faceted nature of human rights lawyering, which requires a diverse set of skills, including fact-finding, substantive knowledge of multiple bodies of law, and policy advocacy. My current work at Privacy International—which includes litigating in multiple judicial fora and developing complex policy campaigns—draws heavily on this skill set.

What advice would you have for current YLS students who wish to dedicate their careers to human rights?

I have two pieces of advice. The first is to try and experience working at a diverse array of human rights organizations. With the support of the Schell Center, I interned at the UN Office of the High Commissioner for Human Rights while I was a law student. And after graduation, I relied on Yale Law School fellowships to work at the New York Civil Liberties Union and then the International Criminal Court. I think working at these different organizations helped me to build the diverse set of skills that is so critical to modern human rights lawyering. But I think it also helped me to figure out what kind of human rights organization was the best fit for me in the longer-term.

My second piece of advice is to embrace a bit of chaos and movement early in your career. Some human rights lawyers are lucky and find their organizational home at the start of their careers. But I think it’s much more typical that young lawyers trying to build a human rights career have to forge a patchwork of experiences and navigate a path that is not always clearly defined. That prospect is daunting but it shouldn’t be discouraging.