Realizing the Power of Leadership 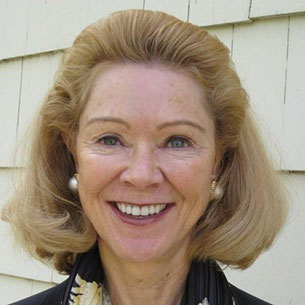 Siri Marshall retired as a senior official of the world’s sixth largest food company and has served as a director of numerous public and private corporations. But she didn’t always know that she would be a leader.

“Leadership expectations were very low — non-existent — for women when I entered the workforce,” said Marshall. “I don’t remember anyone discussing leadership in college or law school, and for young women at law ﬁrms in the 1970s, it was all about fitting in and not making waves.”

Early in her career, Marshall was a Corporate Associate with the law ﬁrm of Debevoise & Plimpton in New York. From there, she went on to Avon Products. Marshall became Avon’s Senior Vice President, General Counsel, and Secretary, with responsibility for global legal and government affairs.

As Marshall gained managerial responsibilities, she learned organizational leadership by reading books. Her turning point as a leader came in 1994, when she arrived at General Mills as General Counsel. She credits the company for placing leadership at the core of its culture.

“I ﬁnally realized the power of skillful leadership,” she said. “I also realized that it was a learned skill and regretted that I had not learned this much earlier in my career.”

Marshall stayed with General Mills until 2008. At her retirement, she was the Senior Vice President, General Counsel, Secretary, and Chief Compliance Oﬃcer. In that role, she had responsibility for the company’s worldwide legal and governance issues, compliance programs, government and public aﬀairs, and philanthropy. In her years at General Mills, she refined her vision of leadership, which is rooted in teamwork.

“I was very conscious that I was always a team member — the executive team, the law department, a board of directors, a task force,” said Marshall. “I could not accomplish anything on my own; I needed the team to be successful.”

Marshall’s leadership philosophy is also informed by her time at Yale Law School.

Marshall has advised on corporate governance for 25 years and has written and spoken on the topic to institutional investors and directors, including at Harvard Business School and Stanford Directors’ College. She is also a recognized leader in empowering women, building broader diversity, and strengthening ethical cultures in corporate America. She shares the leadership lessons she learned from her years in the corporate world.

“I tried to ensure clarity of purpose, commitment from team members, meaningful opportunities to contribute and develop, diversity of thought, feedback and recognition,” she said. “I also thought it was important to have fun.”