Following Her Heart to Fight for Justice 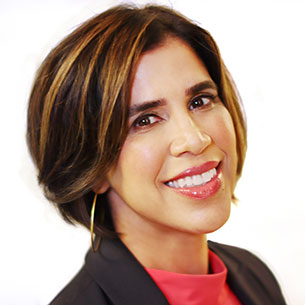 For her entire career, Yasmin Cader has consistently followed her heart and pursued her passions as a civil rights attorney, state and federal public defender, and leader on policy. Her guiding principles throughout her career have been integrity, empathy, and transparency.

Cader’s passion began with her rigorous education at Howard University and Yale Law School, where she was guided by some of the strongest national advocates for justice. “I have always admired leaders that prioritized their integrity and empathy and learned immensely from their modeling.” At these institutions, Cader was inspired to pursue a career path as a civil rights lawyer and public defender.

After earning her degrees, Cader completed a federal appellate court clerkship with the Honorable Damon J. Keith and then through the Honors Program, joined the Employment Litigation Section of the Civil Rights Division of the Justice Department. In that role, she litigated employment discrimination claims under Title VII and fought to advance equitable employment opportunities and remove barriers to employment.

In 1995, Cader began her 23-year career as a public defender representing juveniles and adults facing misdemeanor and felony charges, including clients charged with capital offenses. She worked as the Public Defender Service for the District of Columbia, the federal defense in the Southern District of New York and the Federal Public Defender (FPD) Office in Los Angeles. During this time, Cader taught trial skills to students and lawyers alike, sharing her passion for justice. As the Chief of Training at the FPD Los Angeles, Cader created innovative training programs for new and experienced defenders that are still used as models in public defender offices across the country.

Reflecting on her experience, Cader said, “I have sought work that put me on the front line of justice without regard to title or status. Opportunities to lead have naturally flowed from that path, even when I was not seeking them.”

Cader credits collaboration and communication as essential to her success. She contributes to productive workplace cultures by listening and learning, skills she acquired from her time at Howard University and Yale Law School.

“Howard University and Yale Law School presented a myriad of opportunities to learn leadership skills and step into leadership roles,” said Cader. “In Law School specifically, through the variety of journals, robust affinity groups, and open engagement with the administration, I was presented with many chances to develop my leadership skills.” “By modeling collaboration, empathy, and directness in my communication style,” she continued. “I've been able to forge meaningful connections, create space for colleagues to bring their best and authentic selves, and help to create an environment of inspiration.”

In 2021, Cader joined the American Civil Liberties Union (ACLU) as a Deputy Legal Director to lead the Trone Center for Justice and Equality. In this role, she continues her work at the frontlines of racial justice and criminal legal reform with the exceptional warriors of the ACLU.