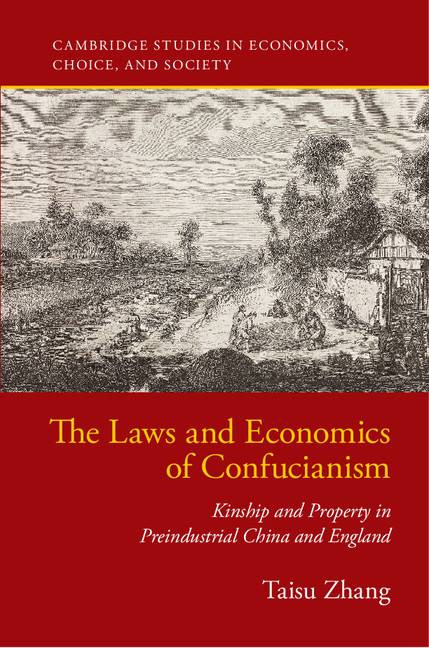 In early modern pre-industrial China, the dominance of kinship networks allowed many relatively poor individuals to possess status and political authority disproportionate to their wealth. Under these norms, advanced age and generational seniority were much stronger determinants of sociopolitical status than wealth.

In England, by comparison, the prerequisite to high status and authority was landed wealth. This stricter requirement essentially excluded low-income individuals from positions of prestige and leadership.

As a result of these differences, Chinese customary laws governing the selling and collateralizing of land protected the economic interests of lower-income households in rural China far more rigorously than comparable English institutions.

These institutional differences had significant economic consequences over time. By the early eighteenth century, a majority of English land was concentrated under capitalist management, with smallholders in steady decline. In comparison, even by the mid–twentieth century, Chinese agriculture remained predominantly household-based, and less concentrated than in England. Because Chinese property institutions were much more “poor friendly,” poor landowners had less incentive to sell land. Property institutions, then, played an essential role in linking cultural differences to macro-level economic outcomes.

In its dissertation form, The Laws and Economics of Confucianism was the recipient of Yale University’s Arthur and Mary Wright Dissertation Prize and the American Society for Legal History’s Kathryn T. Preyer Award.