“We could not have asked for a better outcome to this search,” said LEAP faculty co-director Doug Kysar, the Joseph M. Field '55 Professor of Law. “Daina Bray is one of the most respected and admired lawyers in the field of animal protection.”

In these roles, Bray led international teams of lawyers, paralegals, and data protection specialists, and advised on all legal matters the arose in the organizations’ programs and operations, including complex legal issues related to undercover investigations, freedom of expression, and corporate campaigning. In recognition of her exceptional leadership and work advancing the humane treatment of animals through the law, Bray recently received the 2021 American Bar Association Award for Excellence in the Advancement of Animal Law.

“We are thrilled that Daina is joining LEAP and that she is at the helm of this important new initiative,” said LEAP Executive Director Viveca Morris. “Her leadership, expertise, and experience will enrich our community and our work enormously.”

In her new role at Yale, Bray will lead a research team of scholars and students focused on examining the potential of litigation tactics to hold large animal agriculture corporations responsible for their greenhouse gas emissions. Even if fossil fuel extraction ended immediately, global emissions related to food production alone are on track to make it impossible to limit warming to 1.5 degrees Celsius above preindustrial levels, a goal of the Paris Climate Agreement. The majority of U.S. agriculture emissions are related to the production of livestock and livestock feed. Yet, animal agribusinesses have largely avoided legal and political scrutiny for their climate pollution, and the industry’s greenhouse gas emissions remain effectively unregulated in the U.S., according to Morris.

The livestock industry’s emissions are particularly concerning because livestock and their manure are the United States’s top source of methane, a climate super-pollutant, according to the Environmental Protection Agency. Quickly reducing methane emissions is the most powerful action humanity can take to slow the rate of climate change in the short term, according to the United Nations. Given the urgency of the climate crisis and the current lack of political will to address greenhouse gas pollution from the livestock industry, climate advocates are likely to turn to litigation as a potential leverage point for holding livestock corporations responsible for their greenhouse gas emissions, Kysar said.

“I could not be more thrilled to join LEAP, and in particular to contribute to this effort to make clear the connections between big animal ag and climate change,” said Bray. “We must act urgently on all fronts to protect our collective future.”

Bray has more than 17 years of experience in legal practice and is a current chair of the American Bar Association (ABA) International Animal Law Committee, a past chair of the ABA TIPS Animal Law Committee, a past chair of the Tennessee Bar Association Animal Law Section, and previously received a Fulbright scholarship for research in environmental education. Prior to moving to the nonprofit sector, Bray was in private practice for more than nine years with major law firms in the areas of litigation and international arbitration. She received a J.D. from Stanford Law School and a bachelor’s degree in international studies with a focus in global environmental issues from the University of North Carolina at Chapel Hill as a Morehead scholar. 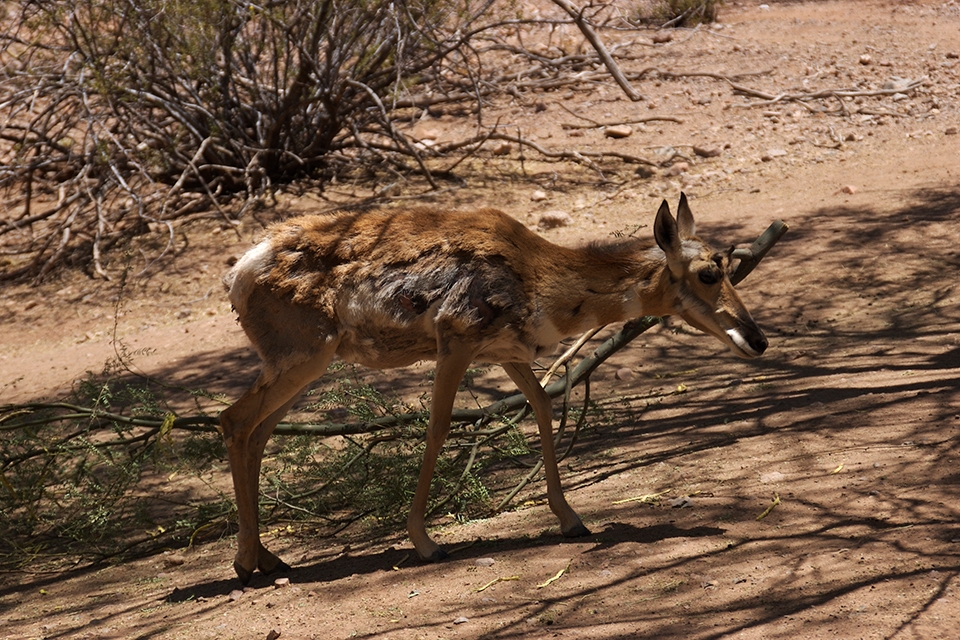 The Sonoran pronghorn, one of the subjects of research by Saylor Soinski ’23. photo: James Fee/Creative Commons