Conference on CT Opioid Crisis to Be Held September 29 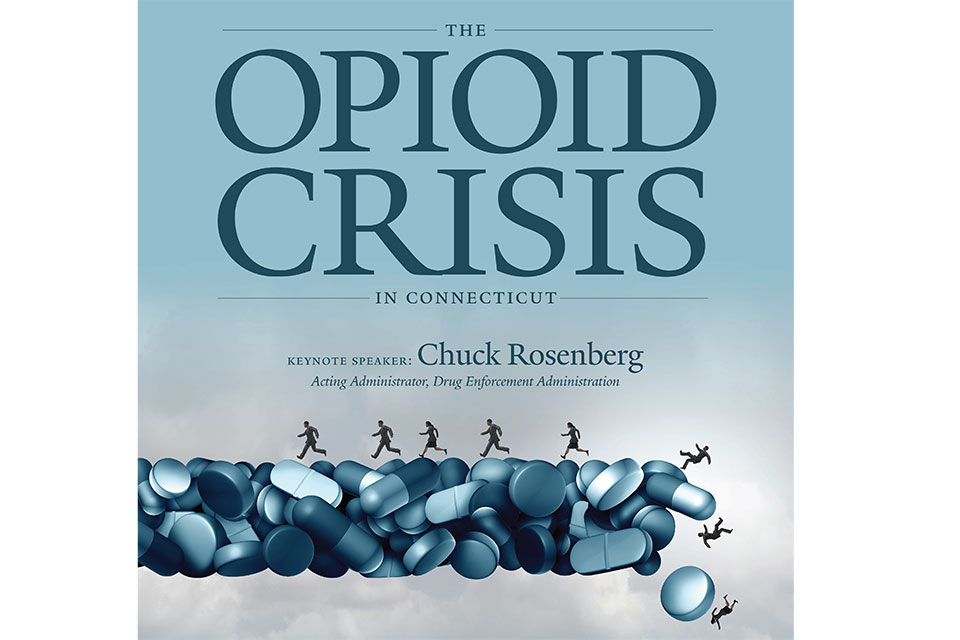 A conference, co-sponsored by Yale Law School and the United States Attorney’s Office for the District of Connecticut, will address The Opioid Crisis in Connecticut on Friday, September 29, 2017. Chuck Rosenberg, the director of the Drug Enforcement Agency, will give a keynote address.

Lafayette S. Foster Professor of Law Kate Stith and U.S. Attorney for the District of Connecticut Deirdre M. Daly will begin the conference with an introduction. Governor Dannel P. Malloy will give a special welcome. The event will also include panel discussions with parents who have lost children to overdoses, medical perspectives on the opioid epidemic, and law enforcement strategies to address and prevent the current crisis. The conference will close with FBI Community Outreach Specialist Charles Grady giving an introduction to the documentary film Chasing the Dragon: The Life of an Opiate Addict.

Before joining the DEA, Chuck Rosenberg served as the chief of staff and senior counselor to Federal Bureau of Investigation (FBI) Director Comey. He also served as the U.S. Attorney for the Eastern District of Virginia and for the Southern District of Texas. Rosenberg served in several senior posts at the Department of Justice, where his work focused on counterterrorism, counterintelligence, national security, and criminal matters, including service as chief of staff to Deputy Attorney General Jim Comey (2004–2005), counselor to Attorney General John Ashcroft (2003–2004), and counsel to FBI Director Robert Mueller (2002–2003).