Cristina Rodríguez Elected to the American Academy of Arts & Sciences

The American Academy of Arts & Sciences, one of the nation’s most prestigious honorary societies, has elected Leighton Homer Surbeck Professor of Law Cristina Rodríguez ’00 to its 2020 member class.

The 240th class of new members includes the election of 276 artists, scholars, scientists, and leaders in the public, nonprofit, and private sectors. 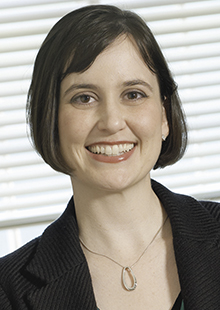 he Academy was founded in 1780 by John Adams, John Hancock, “and others who believed the new republic should honor exceptionally accomplished individuals and engage them in advancing the public good,” according to the Academy.

“The members of the class of 2020 have excelled in laboratories and lecture halls, they have amazed on concert stages and in surgical suites, and they have led in board rooms and courtrooms,” said Academy President David W. Oxtoby. “With today’s election announcement, these new members are united by a place in history and by an opportunity to shape the future through the Academy’s work to advance the public good.”

The Academy’s projects and publications are focused on the arts and humanities, democracy and justice, education, global affairs, and science.

Professor Rodríguez’s fields of research include constitutional law and theory, immigration law and policy, administrative law and process, and citizenship theory. In recent years, her work has focused on constitutional structures and institutional design. She has used immigration law and related areas as vehicles through which to explore how the allocation of power (through federalism, the separation of powers, and the structure of the bureaucracy) shapes the management and resolution of legal and political conflict. Her work also has examined the effects of immigration on society and culture, as well as the legal and political strategies societies adopt to absorb immigrant populations. Her new book, The President and Immigration Law, coauthored with Adam Cox, will be published by Oxford University Press on September 1, 2020, and explores the long history of presidential control over immigration policy and its implications for the future of immigration law and the presidency itself.

Rodríguez joined Yale Law School in 2013 after serving for two years as Deputy Assistant Attorney General in the Office of Legal Counsel at the U.S. Department of Justice. She was on the faculty at the New York University School of Law from 2004–2012 and has been Visiting Professor of Law at Stanford, Harvard, and Columbia Law Schools. She is a non-resident fellow at the Migration Policy Institute in Washington, D.C., a member of the American Law Institute, and a past member of the Council on Foreign Relations. She earned her B.A. and J.D. degrees from Yale and attended Oxford University as a Rhodes Scholar, where she received a Master of Letters in Modern History. Following law school, Rodríguez clerked for Judge David S. Tatel of the U.S. Court of Appeals for the D.C. Circuit and Justice Sandra Day O’Connor of the U.S. Supreme Court.