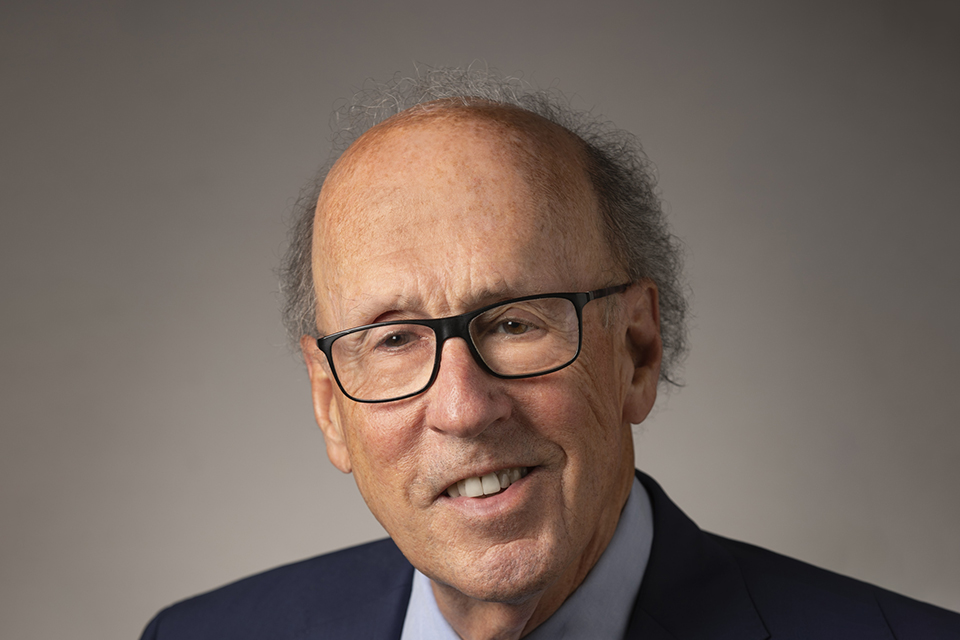 The Paul Tsai China Center at Yale Law School is pleased to announce that economist Stephen Roach is joining the Center as a Senior Fellow effective July 1. Roach is one of the country’s leading economic experts on China, U.S.-China relations, and the global economy more generally.

“We are truly delighted to welcome the distinguished economist Stephen Roach to Yale Law School’s Paul Tsai China Center,” said Paul Gewirtz, the Potter Stewart Professor of Constitutional Law and the Director of the Paul Tsai China Center. “He will not only contribute greatly to all aspects of our China Center’s work, but, even more importantly, from this new platform he will continue to make his enormously valuable contributions to public debates about China and the U.S.-China relationship.”

“Getting the U.S.-China relationship right is one of the great challenges of the 21st century,” Roach said. “Few groups in academia are as well positioned as the Paul Tsai China Center to play a critical role in this noble endeavor. I am delighted to join with an outstanding group of colleagues in driving the debate in this area.”

Roach first joined the Yale faculty in 2010 after 30 years at Morgan Stanley, mainly as the firm’s chief economist heading up a highly regarded global team followed by several years as the Hong Kong-based Chairman of Morgan Stanley Asia. He was the first senior fellow to join the faculty of Yale University’s Jackson Institute of Global Affairs at its inception in 2010 and remained in that capacity until 2022. Over that period, he was also a Senior Lecturer at Yale’s School of Management. He was an exceptionally successful teacher and developed popular new courses on Asia.

Roach has long been a prolific writer. His major writings include the book Unbalanced: The Codependency of America and China (2014) and the forthcoming book Accidental Conflict: America, China, and the Clash of False Narratives (publication date November 29, 2022). His work has also appeared in academic journals, congressional testimony and has been disseminated widely in the domestic and international media. His commentary is published regularly on Project Syndicate’s global, multi-lingual platform. A new website associated with the upcoming publication of his new book will also serve as a site for his Project Syndicate articles and other opinion pieces; in addition, it contains a new weekly blog — U.S.-China Watch.

A rare combination of thought leadership on Wall Street and academia places Roach in the unique position as a leading practitioner of analytical macroeconomics, and he is one of the country’s most influential economists. A forecaster by training in his early days as a Fed economist, Roach has long been mindful of the perils of historical extrapolation. As seen through that lens, his vision of the “Next China” grew out of this deep respect for the past as a template for the exciting but daunting possibilities of China’s uncertain future. Roach’s focus on the U.S.-China relationship is an outgrowth of the interplay between two major strands of his professional experience — a leading U.S. economist and an influential analyst of a rising China. Roach’s analyses and opinions on China, the United States, and the global economy have long helped to shape policy debates from Beijing to Washington.

Prior to joining Morgan Stanley in 1982, Roach served on the research staff of the Federal Reserve Board and was also a research fellow at the Brookings Institution. He holds a Ph.D. in economics from New York University. Roach is a member of the Council on Foreign Relations, the Investment Committee of the Metropolitan Museum of Art, the Economics Advisory Board of the University of Wisconsin, and the Advisory Board of NYU’s Graduate School of Arts and Sciences.