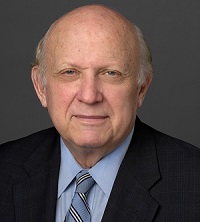 The right of Americans to voice their beliefs without government approval or oversight is protected under what may well be the most honored and least understood addendum to the U.S. Constitution—the First Amendment. In The Soul of the First Amendment (Yale University Press; publication date April 25, 2017), Floyd Abrams '59, America’s best-known First Amendment lawyer and an award winning legal scholar, examines the degree to which American law protects free speech more often, more intensely, and more controversially than is the case anywhere else in the world, including democratic nations such as Canada and England.

Donald Trump’s denunciations of Mexicans and Muslims, for example, would be criminal throughout western Europe. In Finland, a tell-all book by a former girlfriend of a sitting prime minister was held to be criminal in that nation; in the U.S., a similar effort by President Bill Clinton to have suppressed such a book by Monica Lewinsky would not only have failed legally but been widely ridiculed.

Abrams addresses legal issues from the adoption of the Bill of Rights through recent cases such as Citizens United. He also examines the repeated conflicts between claims of free speech and those of national security occasioned by the publication of classified material such as was contained in the Pentagon Papers and was made public by WikiLeaks and Edward Snowden.

In early 1941, President Franklin Delano Roosevelt delivered his famous Four Freedoms speech, envisioning a society guided by freedom of speech, freedom of religion, freedom from want, and freedom from fear. Two of the four freedoms so celebrated are to be found in the First Amendment; it is no exaggeration to say that principles of law, however significant, rarely receive such fame or adulation. “The First Amendment is the rock star of the American Constitution,” Abrams writes. The First Amendment’s fame is justified, and The Soul of the First Amendment offers a timely, valuable, personal perspective on how special it is.

Floyd Abrams is senior counsel in the New York law firm of Cahill Gordon & Reindel LLP, an adjunct professor at New York University School of Law, and author of Friend of the Court: On the Front Lines with the First Amendment (Yale University Press, 2013).

Abrams has argued frequently in the Supreme Court in First Amendment cases ranging from the Pentagon Papers case to Citizens United. His clients have included the New York Times, ABC, NBC, CBS, CNN, The Nation, Reader’s Digest, Mediate, the Brooklyn Museum, and many others.

Abrams has taught at Yale Law School, Columbia Law School, and for fifteen years as the William J. Brennan, Jr., Visiting Professor of First Amendment Law at the Columbia Graduate School of Journalism. At Yale Law School he has founded the Floyd Abrams Institute for Freedom of Expression, which promotes freedom of speech and of the press.

Floyd Abrams will be speaking about The Soul of the First Amendment on the following dates.