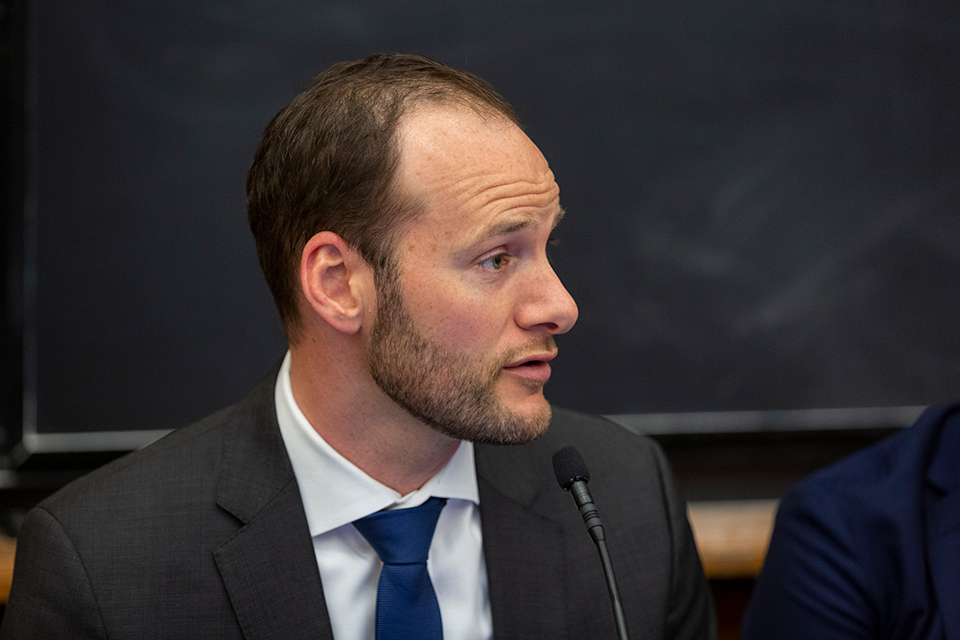 Chesa Boudin ’11 has been elected to be the next District Attorney in San Francisco.

On January 8, 2020, Chesa Boudin '11, a former Liman Fellow, was sworn in as the new District Attorney in San Francisco. At his inaugration, U.S. Supreme Court Justice Sonia Sotomayor '79 sent a congratulatory video message.

"Your personal strength and commitment to reforming and improving the criminal justice system is a testament to the person you are and the role model you will continue to be for so many," said Justice Sotomayor. "You have undertaken a remarkable challenge today. The hope you reflect is a great beacon to many and the road to accomplishing what you have set out to do will be daunting. Nevertheless, the city of San Francisco will be so very well served by a man whose life creed is believing, as you told me, that we are all safer when we uplift victims, hold everyone accountable for their actions, and do so with empathy and compassion."