Gideon Yaffe, the Wesley Newcomb Hohfeld Professor of Jurisprudence and Professor of Philosophy and Psychology at Yale, will give the inaugural Wesley Newcomb Hohfeld Lecture at 4:30 p.m. on September 23, 2019 in Room 127 of Sterling Law Building. In his lecture titled “The Norm-Shift Theory of Punishment,” Yaffe will offer a new philosophical theory of punishment and draw out some of its implications. 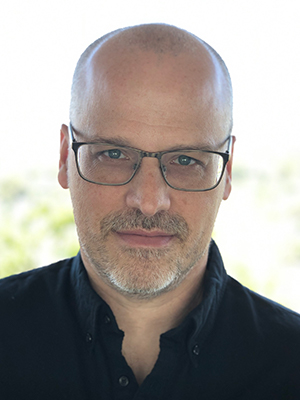 According to the theory Yaffe will present, punishments necessarily involve a narrowing of the class of actions that are permissibly performed by the offender, and a prerogative on the part of the punisher to “target-harden,” or make it difficult or impossible for the offender to perform actions made impermissible by the punisher. In addition to providing a clear explanation for why tort damages are not punishments, Yaffe’s theory provides a novel argument for the impermissibility of highly invasive conditions of confinement; they exceed the target-hardening prerogative. The theory also implies that corporal punishments are (almost always) disproportionally harsh; they severely demean defendants by making self-defense against bodily invasion impermissible. It also implies that the 2006 case of Smith v. Doe, in which the Supreme Court upheld the constitutionality of ex post facto sex offender registration, was incorrectly decided; forced registration is punishment and so is impermissible if imposed ex post facto. In short, the theory provides a framework for conceptualizing our punishment practices that has potentially far-reaching implications.

Yaffe writes about the philosophy of criminal law, and collaborates with neuroscientists on experiments aimed at understanding the psychological states involved in criminally responsible action.

The lecture series is named for legal scholar Wesley Newcomb Hohfeld, whose work formed the foundation of the “bundle of sticks” notion of property and substantially impacted the Restatement (First) of Property. His most influential works were produced while he was a professor at Yale Law School from 1913 to 1918. His two best-known articles were published in the Yale Law Journal in 1913 and 1917.