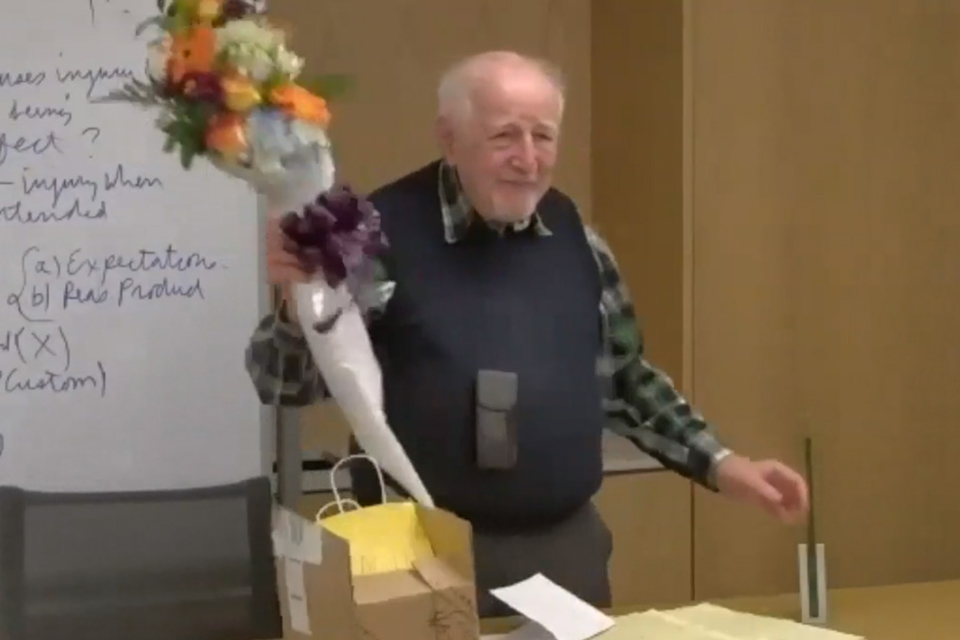 More than 160 of Guido’s former students, numerous Law School faculty, staff, and colleagues came to surprise him on the occasion of his final Torts class after a six-decade-long run.

The final Torts class of the semester taught by Sterling Professor Emeritus of Law Guido Calabresi ’58 didn’t end quite as planned. As Guido, as he is known to all, finished the class on April 29, 2021, Dean Heather Gerken appeared on the projection screen in Baker 118 along with more than 160 of Guido’s former students, numerous Law School faculty, staff, and colleagues past and present from around the country. They had all come to surprise him on the occasion of his final Torts class after a six-decade-long run — an incredible milestone in a long and distinguished career at Yale Law School.

Gerken acknowledged Guido’s career as a scholar and former dean of the Law School, but focused on his legacy as a teacher. “For 60 years he has taught students his craft,” she said. “He has done so with rigor and intelligence, but also with such wisdom and kindness and generosity of spirit that he is simply beloved across every generation.” 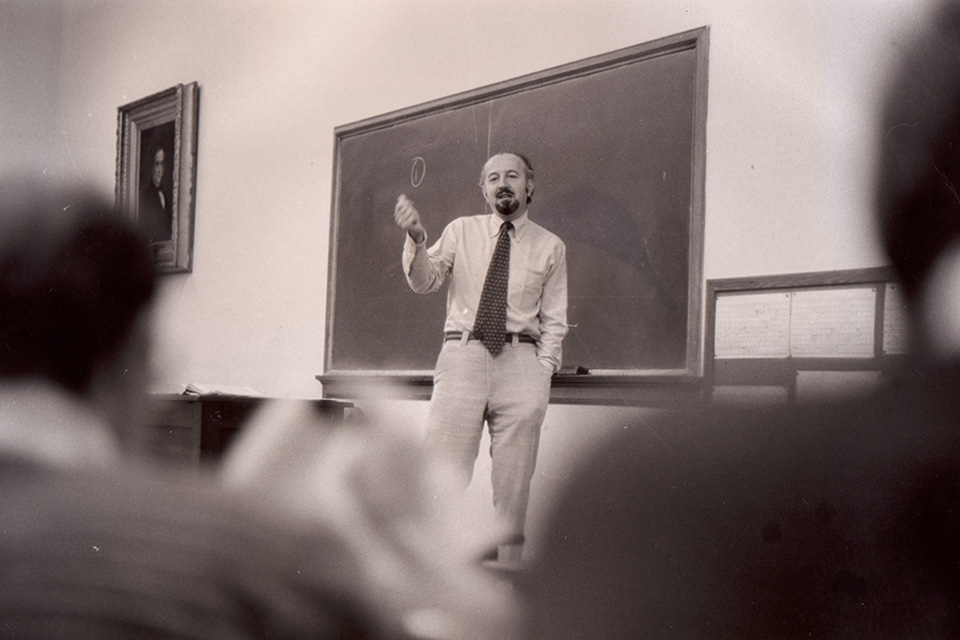 Alejandra Uria ’23, a student in the Torts class, also spoke about Guido’s unmatched legacy of teaching. “There are few people in the world that can say that they have shared one class spanning many decades with some of the greatest luminaries of the legal profession,” she said. “You are the common denominator.”

“It is clear that you love this school, this class, and all of the thousands of students who have passed through the halls of your classroom, virtual or otherwise.”

The class also presented a gift to Guido to show their appreciation. Engraved on it was something Guido has repeatedly told Yale Law School’s “brilliant” students: “Being blessed with an incredible mind is only good if it goes along with character, with decency, humanity, and love — with goodness.”

While Calabresi will no longer teach Torts, he will be co-teaching a constitutional litigation seminar in the fall. Calabresi started as a Professor at Yale Law School in 1959, serving as Dean from 1985 to 1994. He was appointed as a United States Circuit Judge in July 1994, and is still actively sitting as a Senior Judge.

Reflecting on his years teaching a core class like Torts, which builds the foundation for every law student’s future studies and career, Guido talked about the immense joy of the experience.

“What a joy — what a joy to be able to have done and to do this kind of life,” he said. “I have learned so much from my students, ‘my kids,’ over these many years. And the love and kindness you have shown me will continue to teach me as long as I live.”