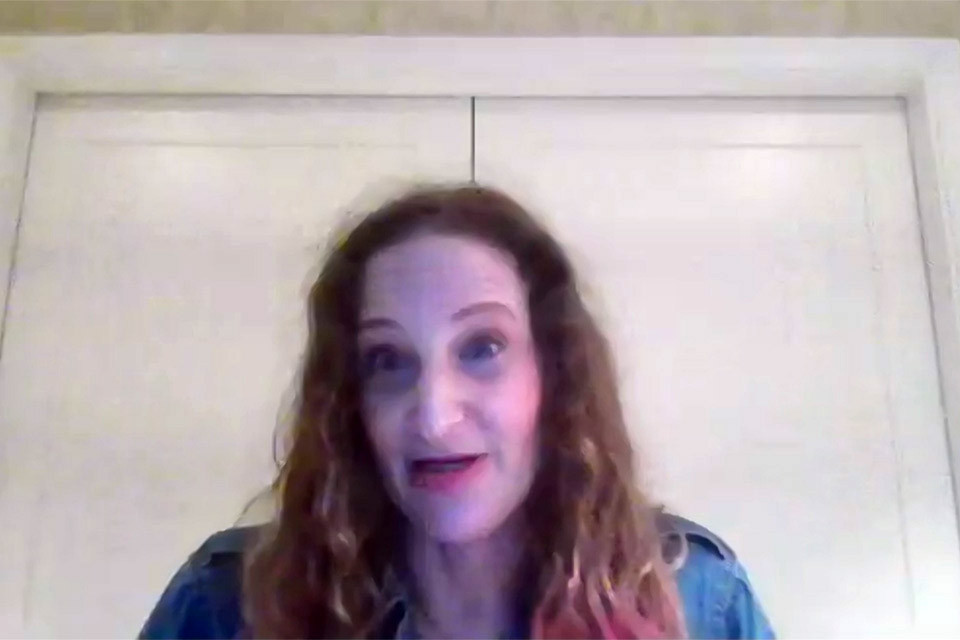 Hillary Margolis, a senior researcher in the Women’s Rights Division at Human Rights Watch, spoke at the February 19, 2021 Human Rights Workshop titled “The Fight for Women’s Rights in Poland.” Her presentation covered the current fight for women’s rights in the country and its historical context, as well as the movement’s future trajectory. “[Poland’s Constitutional] Tribunal essentially ruled that there will be virtually no access to legal abortion anymore,” she said. In the judgment, Margolis said, the Tribunal claimed that “life begins at conception.” The October 2020 ruling catalyzed the biggest wave of protests since Poland’s independence.

“Poland already had one of the strictest laws on legal abortion,” Margolis explained. Prior to the Tribunal’s ruling, abortions could be accessed for three reasons, according to Margolis: because of a threat to the health or life of the pregnant person, because the pregnancy resulted from a crime, or “in cases where there is a medical indication that there exists a high risk that the fetus would suffer severe impairment or incurable illness.” Over 90 percent of the approximately 1,100 legal abortions in Poland each year, according to Margolis, had been accessed based on the latter grounds. The Tribunal ruled that grounds unconstitutional, eliminating virtually all access to legal abortion in the country.

Margolis noted that abortion access in Poland has not always been so limited. When the country was under Soviet control, she said, Poland provided access to abortion and protected reproductive rights as did most Soviet states. In 1993, however, a few years after Poland left the Soviet Union, a family-planning law — which Margolis described as a “political compromise with the Church” — came into place. The Church, she said, is a powerful institution in Poland and has continued to influence social and political issues since the 1993 law.

Since 2015, Margolis continued, the current government — led by the ruling party Law and Justice — has led a “broader crackdown on rights” including those of the independent media, LGBTQ people, migrants, and women. Women’s rights attacks, she said, have encompassed “further restrictions on access to emergency contraception” and “further hindrance to sexuality education.” Beyond the policy level, the government also promotes “disinformation and discriminatory stereotypes” against marginalized people. Margolis characterizes the government’s “smear campaigns” against women’s rights and LGBTQ rights activists, as well as its “systematic defunding” of their organizations, as “less visible and underhanded attacks.”

Poland is one of the “leading forces” in the global rise of “anti-gender rhetoric,” Margolis argued. She explained that some powerful figures in Poland “equate gender or ‘gender ideology’ with a deterioration in morality and with things like homosexuality and feminism.” The gender equality movement is seen as an “assault on traditional family values and morals,” Margolis asserted. As a result, she said, Poland has been “threatening to withdraw” from the Istanbul Convention, a landmark treaty of the Council of Europe that aims to prevent and combat violence against women.

The escalating opposition to gender equality, Margolis noted, has transpired alongside the erosion of rule of law — particularly in relation to the Constitutional Tribunal. In recent years, the government has interfered with the Tribunal’s procedure by “brazenly ignoring” some of the rulings and procedures and by packing the court strategically. It is now viewed, according to Margolis, as an “arm of the government.” The women’s movement, she noted, has emphasized the court’s politicization in the wake of the new abortion ruling, arguing that it “is not a legitimate ruling because this is not a legitimate court.” Questions about the Tribunal’s legitimacy are “front and center within the debate about the abortion ruling,” representing the “core of the convergence of the rule of law crisis and the reproductive rights crisis.” Further complicating the intersecting crises, the Catholic Church remains “strong and well-funded,” and allied conservative bodies have become “extremely influential” both nationally and regionally.

“As research has proven, this is not going to stop abortion,” Margolis said. “People will look elsewhere and make very difficult choices.” She emphasized that the restrictions will forcepeople to rely on travel outside of the country to access abortion, which, she said, “creates discrimination in access” and “heightens inequalities,” particularly for migrants and adolescents with less mobility.

Since the October ruling, Margolis said, she has observed a “chilling effect” on healthcare workers and women, as police began to use “fear tactics,” such as unnecessary interrogations and illegal searches, to further restrict abortion access. Doctors, she said, “are extremely scared” to perform abortions, even when the procedure may be legal, because there are not clear guidelines on what qualifies as a threat to life and health. “People are scared, worried, and unsure what to do,” Margolis concluded.

“In addition to these scare tactics,” Margolis said, “the government has cracked down on protesters.” She described how police have illegally detained protesters and employed excessive use of force to repress the movement. The cofounders of the Women’s Strike, a key feminist civil society group, have also been the subject of scrutiny; one, according to Margolis, was “detained unlawfully and withheld without legal counsel and information in January,” while the other currently faces eight years in prison after “insulting a police officer.” The government has criticized their protests on the grounds that they caused an “epidemiological threat due to COVID-19” and have obstructed religious services.

In response to these attacks on reproductive rights, Margolis described several initiatives at the national and civil society levels to counteract these forces. She noted that activists are trying to introduce a bill that supports “abortion without compromise” by getting signatures from the public. Additionally, there has been a call for women to lodge complaints with the European Court of Human Rights on the grounds that their rights to privacy and freedom from torture have been violated by the abortion restrictions. She acknowledged, however, that the lack of political will is a major obstacle to change. “It’s been really disappointing and frustrating,” Margolis said, “but the bright spot is that these activists are just unbelievable and so committed.” Their new campaign, she said, is based on the idea that if Argentina tried to legalize abortion nine times before achieving success, and this attempt is only Poland’s fifth, the activists are continuing to make strides on the long path to change.