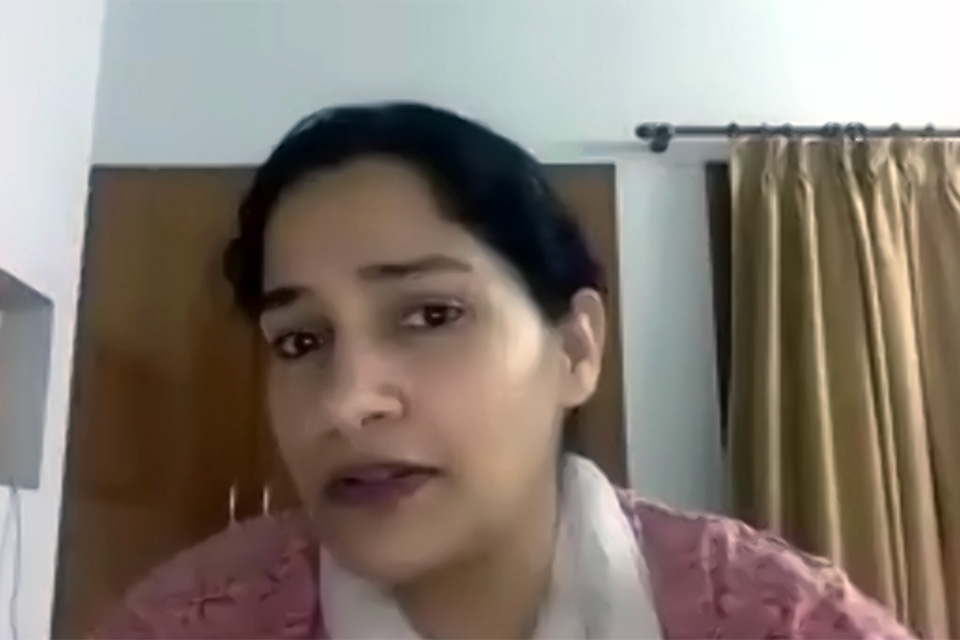 At the Human Rights Workshop, on March 19, 2021, Nikita Sud spoke about the challenges to Indian Prime Minister Narendra Modi’s regime by women, agricultural workers, and other activists. Her talk was titled “India’s Rising Authoritarianism, and an Agrarian Struggle Amidst the Pandemic.” An Associate Professor of Development Studies at the University of Oxford, Sud described Modi’s ascent to power as part of a “global phenomenon”: the rise of authoritarian, right-wing leaders whose politics involves “curtailing personal freedoms.” Sud lamented the implications of the global trend reaching India. “This was the largest democracy in the world,” she said. “Here was the country that had a growth story with increasing GDP...elections in a multiparty system. It reinforces how fragile a democracy is.” However, Sud emphasized that resistance to Modi’s regime also led to the largest strike in world history.

Sud described how authoritarian governments have surged worldwide with leaders like India’s Modi, Russia’s Putin, the Philippines’ Rodrigo Duterte, and Brazil’s Jair Bolsonaro. These “strongmen figures,” she said, have pushed for the “backtracking of democracy” and the “holding back of the liberal freedoms upon which democratic projects are built.”

These authoritarian leaders, according to Sud, have risen amidst political and economic uncertainty in their respective countries. They have promised to “sweep away the old ways of doing things” and replace them with new approaches. Sud also characterized the leaders as exhibiting an “obsession with territorial integrity” that, in the case of former President Donald Trump, manifested in his “obsession with building walls...and banning people from Muslim countries.” Meanwhile, in India, she explained how Modi has fixated on protecting the country from “Pakistani and Bangladeshi infiltrators.” The politics of these leaders, Sud argued, are “built on the hatred of the ‘other.’” To Sud, their existence depends on “crushing anyone who is seen as questioning or criticizing what the strongman is doing” and on supporting “big capital” at the expense of the people.

Sud contended that Modi was “put in place by a fascist, authoritarian organization that doesn't believe in elections.” She has studied Modi since 2001, when he was “parachuted” into the state of Gujarat to serve as its leader by the Hindu nationalist, paramilitary volunteer organization Rashtriya Swayamsevak Sangh (RSS). This organization, Sud explained, was founded in 1925 during India’s freedom movement against Great Britain. “It has gone against that secular project on which India has been founded,” Sud said. “It is founded on ideas of India as one nation, one culture, one people,” though India is in fact an “extremely diverse country.” Further, Sud noted that the RSS is inspired by Hitler and Mussolini. “They very much model themselves on the Hitler Youth,” she said. According to Sud, the group is linked to the right-wing Bharatiya Janata Party (BJP), of which Modi is the “unquestioned leader.”

Prior to becoming prime minister, Sud explained, Modi was the longest serving chief minister of Gujarat, where he was heralded as “protector of the Hindu.” She described a 2002 watershed event at the start of his term in which a train full of Hindu passengers returning from a religious gathering caught fire. Modi, Sud said, baselessly alleged that the incident was “the doing of Muslims to punish the Hindus.” The allegations initiated a pogrom against the minority Muslim population. “With the pogrom of 2002,” Sud said, “he established himself [as] what the majority called the ‘King of Hindu Hearts.’” Modi developed a leadership model in Gujarat, Sud said, that was “built on repressing people” and would later propel him to national leadership in 2014. She attributed a crackdown on personal freedoms and democratic backsliding in India to Modi’s “textbook authoritarian tendencies.” Restraints were placed on what people can eat, with some, she said, being “lynched for allegedly possessing beef.” Moreover, consensual marriage between people of different religions has been criminalized.

Sud explained that in response to this “recession of democracy,” there has been “sustained dissent.” The government, she said, clamped down on university spaces since academics’ jobs are often “to question and criticize and push the frontiers of what is possible.” Since 2015, according to Sud, academics have been arrested for their so-called anti-national rhetoric under the pretext that they are “elites...protesting the loss of their power.”

The Citizenship (Amendment) Act, Sud said, was a turning point in anti-government activism. The Act allowed the government to grant citizenship to certain religious minorities in neighboring countries as long as they were not Muslim. “So far, the country had never discriminated on the basis of religion in granting citizenship,” she noted. Sud explained that Muslim women in India led the resistance against this Act and became “iconic protesters” as they sat on the streets for one hundred days, asserting their freedom of expression in the public sphere. These women and other protesters used India’s flag as a “symbol of the multiculturalism of India.” They received significant media attention until the COVID-19 pandemic struck. On March 24, 2020, the government issued an emergency declaration that the country would be going into lockdown in response to the pandemic. At this time, instead of helping people prepare safely for the emergency, the government devoted its resources to arresting protesters and removing their street art.

The pandemic has caused massive harm in India. “But authoritarians carry on,” Sud said, “as does the resistance.” Sud detailed the government’s introduction in June of 2020 of three farm laws via emergency ordinance that were swiftly met with resistance from farmers’ unions. According to Sud, there was widespread fear among farmers that the government would be facilitating a corporate takeover of the agrarian marketing system and the broader food industry in India. She explained that in India, the government has historically placed a price floor on key farm products. The government has also prevented bulk buying of essential commodities by private entities. Many low-income farmers’ financial security would be at risk if purchasers were now given the power to hoard agricultural produce and set their own prices. Further, she said, the new laws bar farmers from taking their grievances to court, instead insisting on administrative redress. Farmers lack the infrastructure to compete with corporate capital, Sud pointed out, and are well aware that the government will side with its “cronies.” She said that, with the new farm laws, “big companies can now buy in bulk and sit on farm produce. When there is resultant scarcity in the market, they will sell at a high price...farmers won’t sell and the consumer will suffer because the corporation will make the money and be the price setter,” she explained.

When Parliament was back in session in September of 2020, after the pandemic-related lockdown was lifted, Sud described how the speaker, a member of the BJP, did not allow for a debate on the farm laws and instead opted for a voice vote in which individual legislators’ votes were difficult to discern. Following this “atmosphere of pandemonium” and the passing of these “very controversial” farm laws, “dissent really spilled onto the street in a mass movement that started in October.” People used farm vehicles to travel to the outskirts of Delhi to voice their grievances. On November 26, 2020, over 250 million people participated in the largest strike in global history –– the country came to a standstill.

Coverage of the massive protests has been limited. “One of the reasons we don’t hear about this is because the media has been corporatized,” Sud explained. The lack of media attention on the protests led people to wrongly believe the protests were over when strikers left the streets of Delhi. In actuality, according to Sud, the farmers set up temporary shelter on the city’s outskirts, declaring they would retreat “only if the laws are repealed,” despite the state’s use of force. They continue to be on the streets come rain or shine, she said. According to Sud, it’s been over a hundred days now.

The “unyielding, macho” government response, Sud said, was a refusal to “bend” to these grievances, which she sees as exemplifying its “strongmen” cult of personality. Sud reflected on the implications of this response for authoritarianism’s hold on India: “Do these disruptive moments and acts of resistance show us that authoritarians fear losing their hold on power? Is this the explanation for their unwillingness to engage meaningfully with protesting farmers? Is the government worried about its ability to control the situation and drive the narrative?”

Sud also believes there are underlying signs of progress amidst the uncertainty. Farmers have prevented ruling party leaders and their affiliates from entering their villages in multiple subnational states. They have addressed public gatherings themselves, citing a mistrust of those in power. Further, rejecting “big media” and campaigns of misinformation, farmers began their own newspaper outlet — Trolley Times — to counteract the narrative that the protests were “violent and anti-national and against the best interests of the country.” The pushback against authoritarian power, expressed via assertions over public space and ideas, she said, is discomfiting for the stranglehold of the powers that be. To Sud, this can only be a good thing for India. 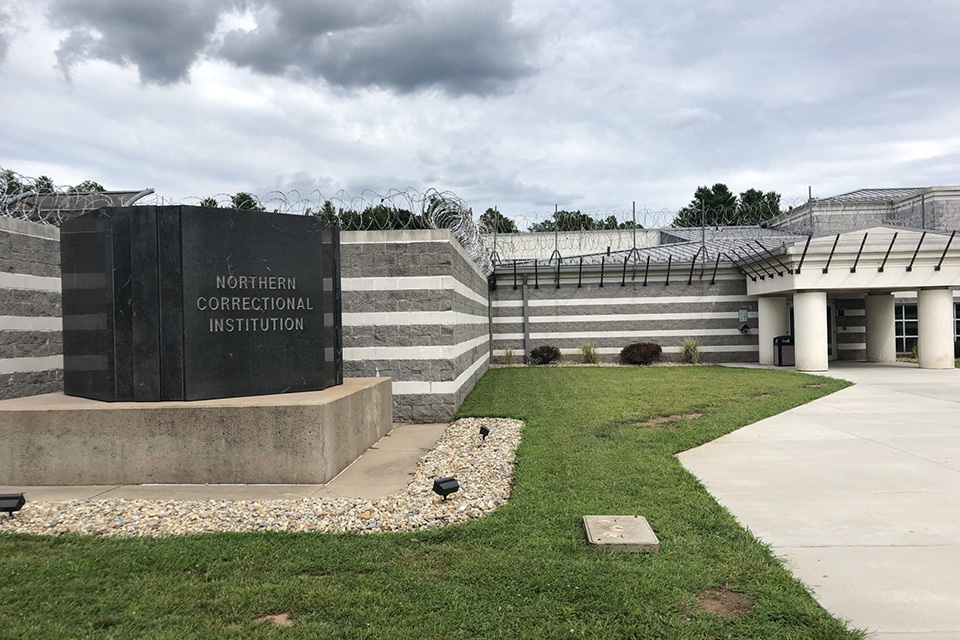 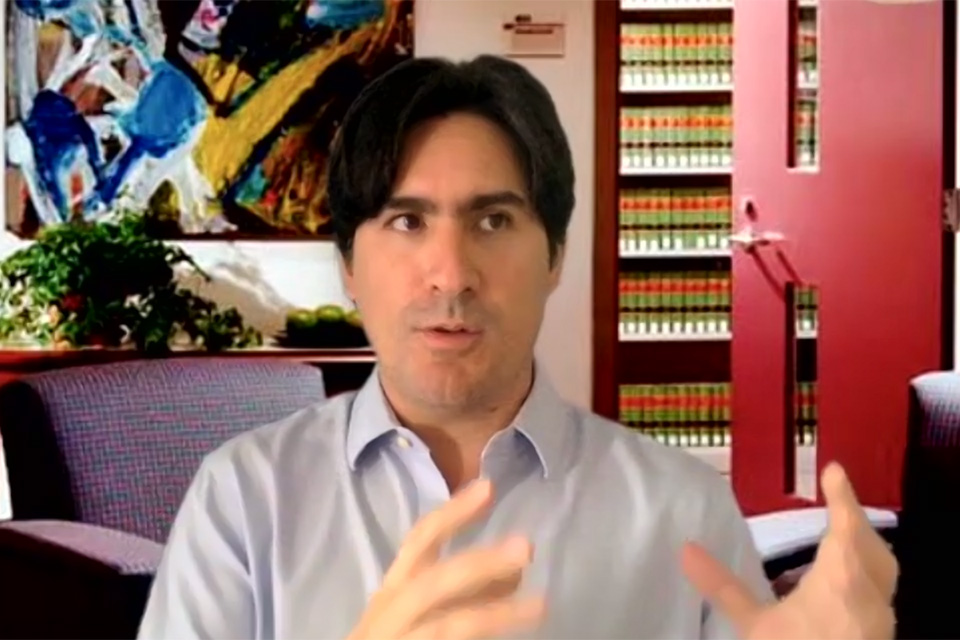