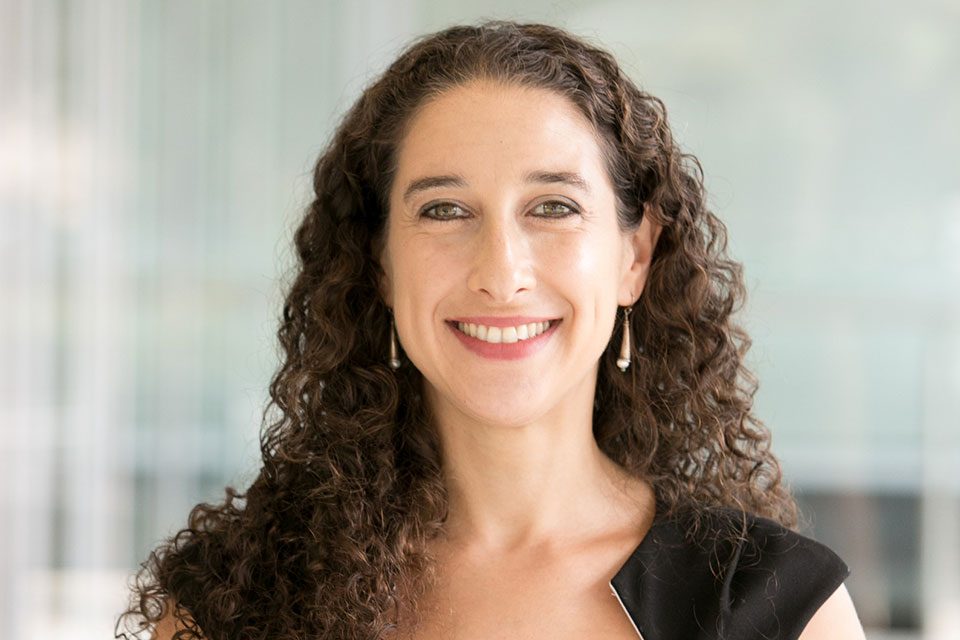 At the Human Rights Workshop on November 5, 2020, Dr. Zinaida Miller spoke about the potential for transitional justice focused on race and racism in the United States. The event, titled “Race, Transitional Justice, and Accountability in the United States,” drew on Miller’s writings in Just Security and her forthcoming article in the Columbia Human Rights Law Review, “The Injustices of Time: Rights, Race, Redistribution, and Responsibility.” An assistant professor of International Law and Human Rights at Seton Hall University, Miller argued current calls for transitional justice in the U.S are salutary but also raise important questions about the objectives and capacities of these processes when it comes to racial justice and injustice.

Miller described how, in light of the protests following George Floyd’s death, calls for “some form of transitional justice in the United States” have increased; building on long-running efforts around the country, they include suggestions for a truth and reconciliation commission, increased urgency for reparations initiatives, and “police and security reforms.” Moreover, Miller highlighted how the ongoing national conversation around the removal of Confederate statues and other efforts to reevaluate how we “memorialize the atrocities of the past,” align with transitional justice efforts.

To Miller, the reasons advocates call for transitional justice in the U.S. are clear: the U.S. has “suppressed narratives” of genocide, slavery, racial terror, and dispossession in favor of “foundational myths and progress narratives.” As a result, Miller explains, the truth-telling and acknowledgment encompassed by transitional justice might seem “well-suited” to address glaring silences about racial injustice and inequality. Miller suggested that current calls for transitional justice in the U.S. reflect demands “for justice at a time when the injustices of racialized inequality and daily violence have become ever more apparent and for truth at a time when it seems truth has been undervalued…in a country that has systematically refused to confront its own brutal history.”

Miller argued that thinking of transitional justice as chiefly about “excavating the past” underestimates the resonance of the past in the present, particularly when it comes to systemic racism and to structural inequality. Attention to inequality, Miller explained, could highlight “the through line of racial discrimination” and address the racialized “material and economic inequalities of the present.”

Critics have also called attention to transitional justice’s failure to address systemic racism and to focus on the “beneficiaries of racialized inequity as well as the perpetrators of racialized violence.” Pointing again to South Africa, Miller argued that the Truth and Reconciliation Commission foregrounded the “violent excesses within apartheid rather than the violent structure of apartheid itself.”

Another key issue, Miller noted, is the focus in transitional justice on the “proximate past,” such as recent atrocities or a period of authoritarianism. In the process, longer-term harms, whether slavery or colonialism, have too often been marginalized in discussions of truth and justice.

Finally, Miller highlighted the ways that transitional justice may inappropriately homogenize or exclude victims and survivors of human rights abuses. “Victims’ interests are one of the primary justifications for transitional justice,” Miller said, “but victims are too often produced as an undifferentiated, innocent, group… this limits our ability to see the diversity and differing objectives of heterogeneous groups.” Miller also pointed out another troubling aspect of how affected communities are sometimes treated in transitional justice efforts: victims are “brought in” to speak about their first-hand experiences but are excluded from decisions about how to design justice processes, where experts’ opinions tend to be privileged.

Miller asked the audience to consider the implications of these critiques in the American context. “What does it mean to think about a racial justice transitional process here?” Miller asked. She pointed out that advocates of reparations for Black Americans have debated how to structure them, including whether to focus on slavery, Jim Crow laws, or the present day. Miller acknowledged that all three are interconnected: “if we are thinking about police violence today, we are also thinking about racial terror yesterday.”

In the same vein, Miller saw a similar tension in the relationship between transitional justice and economic inequality in the U.S. On the one hand, Miller emphasized the centrality of economic dispossession in the oppression of Black Americans. “Once we understand that we are, at the same time, talking about racial injustice in the past and racialized inequality and injustice today,” she said, “it means we have to bring in the economic question immediately.” For that reason, Miller favored efforts that would address the institutionalized nature of racial hierarchies when it comes to property, banking, and education. Yet precisely because of the embedded nature of those hierarchies, Miller was cautious about seeking such broad goals through transitional justice in particular. “There is a lot of value in large-scale national efforts,” Miller said, “but there are a lot of questions about how to accomplish these efforts in the United States.”

Miller concluded by affirming the importance of acknowledging past injustice to achieve a just future. “There is no question that focusing on the past is crucial to understanding the present of racial injustice in this country,” she said. “If we want to use transitional justice to address these tensions, to make the past a platform not only for memory, but for change…we need to understand how the past continues to structure injustice and inequality today.” 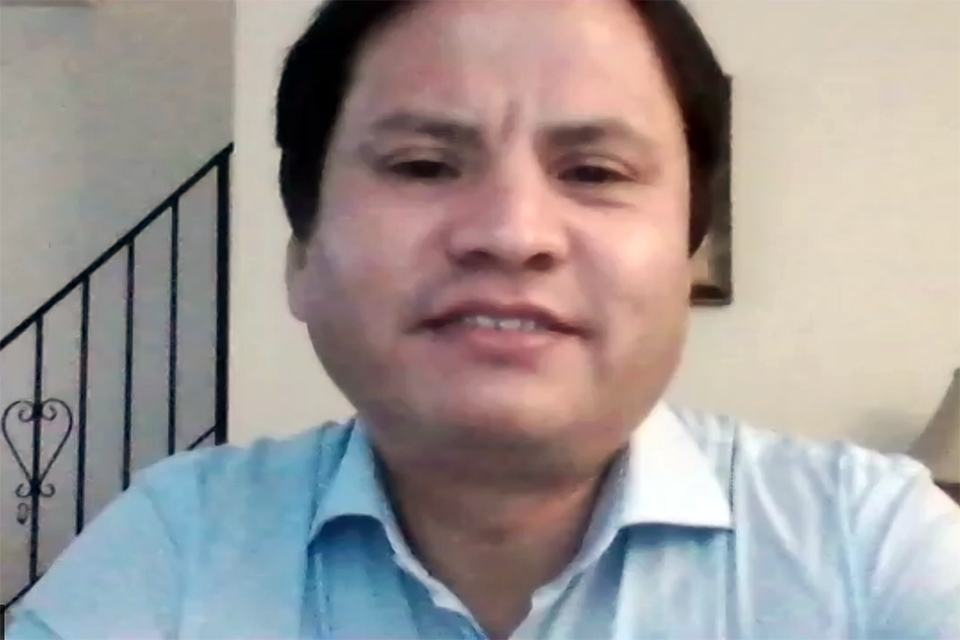 Musa Mahmodi spoke to students about his experience defending human rights in Afghanistan. 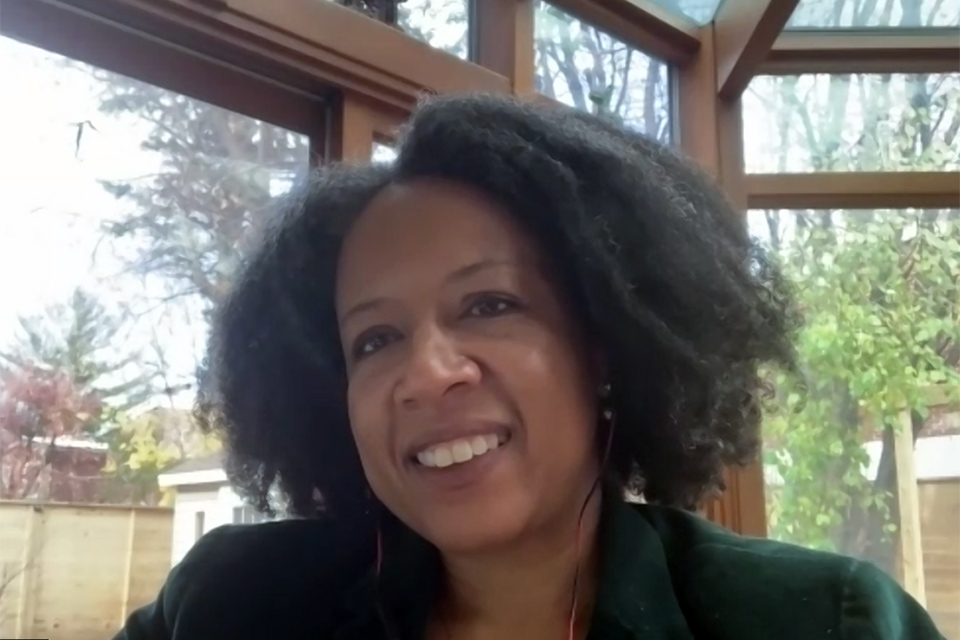 Blackett argued that recognizing essential workers has not extended to recognizing their rights.