The Impact of Local Laws 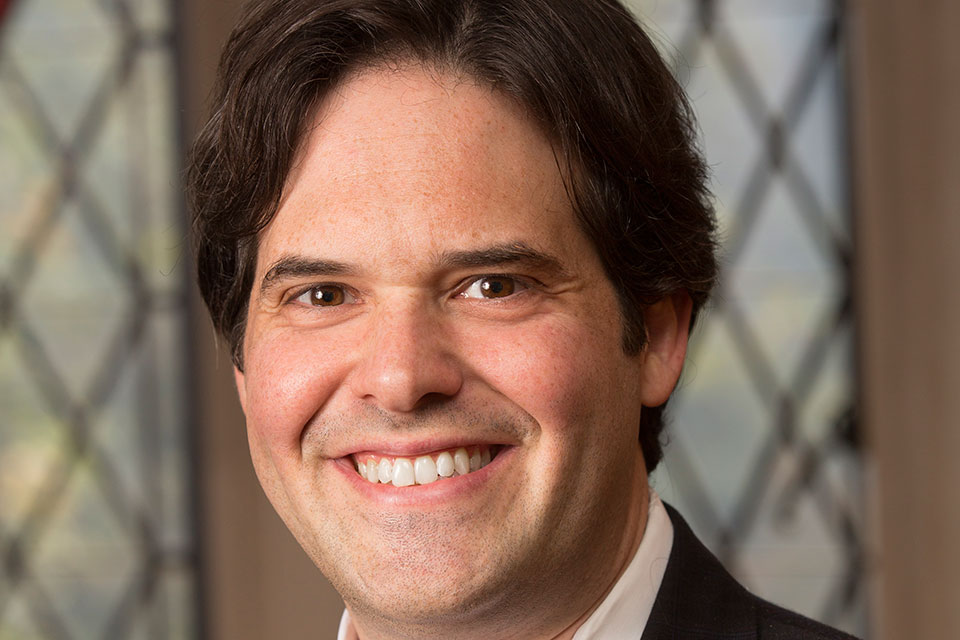 David Schleicher received tenure and was appointed Professor of Law at Yale Law School on July 1, 2017. He is an expert in election law, land use, local government law, urban development, transportation, and local regulation of the sharing economy. His work has been published widely in academic journals, including the Yale Law Journal and the University of Chicago Law Review, as well as in popular outlets like The Atlantic and Slate. His scholarship focuses on state and local elections, the relationship between local government law and agglomeration economics, and pathologies in land use politics and procedure.

On the occasion of Schleicher’s promotion, we asked him a few questions about his research and teaching.

What do you enjoy about teaching in general and teaching Yale Law Schools students in particular?

Teaching at Yale is such a pleasure. Not only are the students terrific, but they are keenly aware of why what we do here is important. Yale is the finest law school in the country, and as a result, we are able to admit students who will become leaders in this country, and indeed around the world, in many fields. This creates a genuine excitement in class, and real gravity too. Law school classes revolve around asking students over and over again to think about how power should be exercised and justified in situations of both empirical and normative uncertainty — that is, how to best decide cases, issue regulations, or pass laws when there are good arguments on all sides, incommensurable benefits and costs, and very high stakes. Because of the almost-bizarre competence, intellectual capacity, and maturity of our students, the discussions we have in class are just a joy to participate in. And because of the bright futures of our students, the hypothetical questions that we use to explore the biggest questions facing our legal system do not seem hypothetical; instead, they are just real problems and questions considered by the people who will argue over and decide them in a few years. It’s just so fun. Further, teaching here is meaningful, as I believe that the multi-disciplinary approach we use to discuss these problems will lead our students to make wiser decisions and to come up with more creative solutions to pressing problems down the line.

The faculty is amazing —absolutely brilliant, inexhaustibly curious, and hilarious. The best group of scholars I have ever met anywhere. There is a real sense of intellectual excitement coursing through the building. Between my colleagues and students, showing up for work means that I will have my premises challenged, my ideas tested, and my creativity spurred three times before I finish my morning coffee. And, on top of that, the school has created a real community, with students, faculty, and staff all part of a common endeavor. The spirit, good humor, and ingenuity that goes into studying law is present in everything else too. When I wander down the halls, I know that, whether people are talking about a court decision, a recent vacation, or Jay-Z’s flow on his new album, I will learn something, laugh, and thoroughly enjoy myself. Yale Law School is a great, great place, and I feel lucky to be part of it.

You’ve written recently about the decline in inter-state mobility. What do you believe has caused this and what are the effects of the decline?

My most recent article focuses on the ways laws — mostly made at the state and local levels — limit inter-state labor mobility, and in particular movement into high-wage regions and out of economically declining ones. First, laws reduce “entry" into hot job markets. Local laws limit housing construction, particularly zoning and other land use regulations, making moving to a hot job market difficult and expensive. State laws also directly regulate entry into strong labor markets, particularly through occupational licensing requirements. Second, a whole variety of policies reduce “exit” or people leaving declining places, including, among others, homeownership subsidies, property taxes that subsidize long tenures, state and local pension vesting rules, and social welfare benefits that do not transfer easily across state lines. That said, state and local policies are not the only cause of declining mobility — there are a number of “natural” causes, things like demographic change and increased importance of the service sector in the economy. But state and local laws are a very importance piece of the puzzle. Further, the possibility that these policies can be reformed provides us with levers we can use to spur greater mobility.

“Limits on mobility reduce both the size of the economy and future growth rates by keeping workers away from those regions in which their skills are the most useful and in which their creativity will be nurtured most effectively.”

The economic implications of declining labor mobility are enormous. Limits on mobility reduce both the size of the economy and future growth rates by keeping workers away from those regions in which their skills are the most useful and in which their creativity will be nurtured most effectively. Economists have estimated that, absent such limits, GDP would be 13.5% higher! (That’s like adding a new economy the size of California!) Low rates of inter-state mobility create other problems as well. Monetary policy relies on labor mobility. If people move from bad job markets, the Federal Reserve is less likely to find unemployment and inflation rates that are extremely different in places across the country. With declining mobility, monetary policy has gotten more difficult and less effective at balancing unemployment and inflation. Further, our system of social welfare also relies on labor mobility. Because state and local governments fund so much of our welfare state, there is only money to fund redistribution if poor people can move to the jurisdictions where richer people live. As a result, limits on mobility not only directly reduce the size of our economy, but also weaken the capacity of our government to make effective economic and social policy.

How do land-use laws impact development of transportation innovation and implementation of infrastructure projects?

The value of transportation innovation is wrapped up in land use policy. After all, who cares if there is a subway (or a hyper loop) unless it connects places where people and businesses are located? Lots of the gains from modern transportation innovation have been wasted by excessively restrictive land-use policy. Take the elevator, an important transportation technology, but one we don’t get the most out of because we excessively limit building heights. A nice recent example is mobile maps and GPS. It used to be the case that shoppers needed stores to be located along a single "high street" for them to provide “agglomeration gains,” or the benefits of deep local markets. In order for a single shopping trip to meet your needs, it was important for you to be able to see one store from another. But with GPS and mobile mapping, we can find stores near one another even if they are hidden on side streets. Further, as drivers use mapping and routing technology to take them on routes to avoid traffic (think Waze), we see people using more of the road network, making more locations attractive for retail because traffic runs by them. As a result, we should see retail locations spreading out through neighborhoods and on side streets. But land use regulations in the United States require greater separation of land uses than any other country, and retail is largely limited to specific streets. As a result, a lot of the benefits of these technological advances have been lost.

For any type of transportation technology, we should ask how it should change optimal land-use patterns, and then see if land-use laws allow these changes. Given the restrictive nature of contemporary land-use policy in many metropolitan areas, many of the economic benefits of technologies like ride-hailing and (soon) driverless cars will be lost.

What should law students and future policy-makers know about land use in order to create better policy?

In the 1970s and earlier, it was well-understood that zoning and other land-use restrictions could restrict entry into rich suburbs. No one could build lots of multi-family housing in Scarsdale or Greenwich, even then. But the combination of there being many suburbs and exurbs, and the existence of “growth machine” coalitions in big cities — developers, businesses and municipal unions that supported development — meant that land-use restrictions would not restrict entry or effect prices at the regional level. There was always somewhere houses could go and still give residents access to regional labor markets. But starting in the 70s and 80s, this stopped being true in many places. Both suburbs and cities became increasingly restrictive. Land-use restrictions began reducing supply and driving up prices in whole metropolitan regions, particularly along the coasts. Because these are the richest and most productive regions in the country, land-use restrictions have very dramatically reduced economic growth and increased economic inequality. The combined effect of land-use decisions in many localities is enormous, not only decreasing the affordability of housing but also really hindering the economy.

Further, law and legal process drives these restrictive results, particularly in big cities. Most land-use decisions — whether to increase allowable density or to restrict it — are made seriatim, or one-by-one, through an amendment process. This means that the forces opposed to development, particularly incremental development of town houses and short apartment buildings, have a structural advantage. Homeowners worried about their property values care a great deal about stopping specific developments in their neighborhoods, while citywide interest groups (employers, unions, renters) care little about any individual project or change. Reformers should attempt to change the process of land use decision-making rather than (or in addition to) changing the decisions in individual cases. They should try to establish a process that calls for binding citywide goals for housing construction, so that citywide interest groups and officials interested in promoting growth and fairness become the central players, rather than parochial nearby local homeowners.

What laws and regulations can we expect to see as a result of the sharing economy?

Many people seem to think that either cities will regulate sharing firms out of existence or will allow a laissez-faire system to develop free from local regulation. But most sharing economy firms operate in industries that have been the subject of both municipal regulations and subsidies for decades, like transportation, hotels, and food services. Cities will not cease to be interested in regulating these industries simply because the firms involved have changed from traditional taxis to transportation network companies, or from hotels to home sharing. Instead, we will – and indeed have begun seeing — cities develop multi-faceted relationships with sharing firms that copy some of the features of the relationships local governments have had with predecessor firms. Cities increasingly will contract with sharing firms to provide government services, as we have seen in recent deals to allow train riders to get discount Lyft rides from train stations (saving cities the cost and congestion caused by building parking near train stations). Cities will seek to use their power over sharing firms to encourage redistribution and economic development, as we have seen in efforts by AirBnB to forestall regulation by pointing to the tourists that visit less-advantaged areas through its services. In general, sharing firms will go from being opponents of local governments to being their partners, reducing regulatory risk and gaining local subsidies in return for helping city governments address policy ends. Whether this is a good thing depends on the specific policy (some will be good, others will be bad), but I am pretty confident we will see more policies of these types going forward.