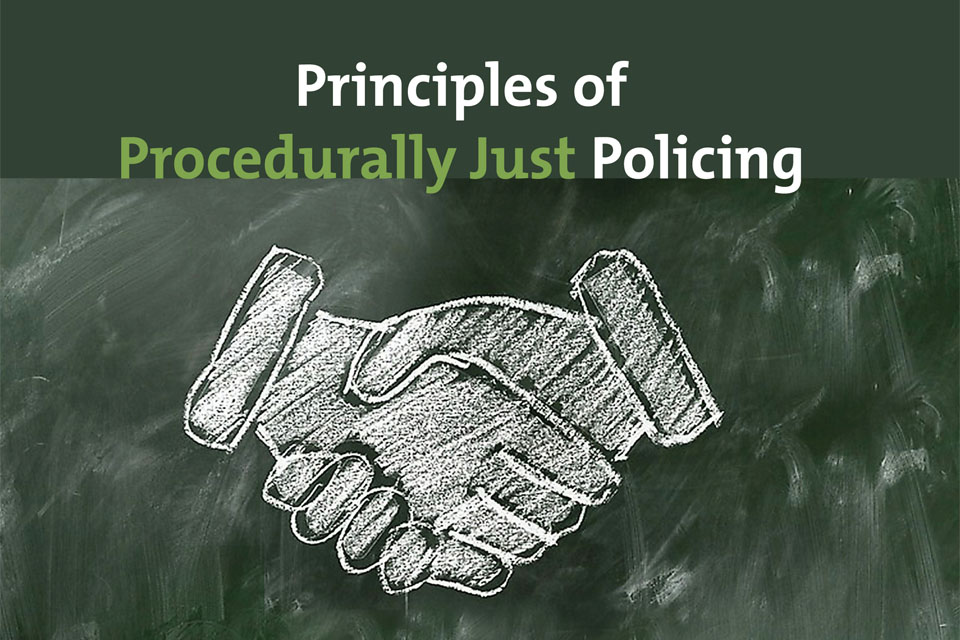 The Justice Collaboratory at Yale Law School, in conjunction with the National Initiative for Building Community Trust & Justice (NI), unveiled a new set of practical guidelines aimed at incorporating procedural justice into policing practices. Written for an audience of policy-makers and policing executives, these guidelines are meant to aide departments in adapting and developing policies that will strengthen legitimacy and trust in interactions with the communities they serve.

Principles of Procedurally Just Policing translates the empirical evidence gleaned from research into a set of ideal goals and actionable policies that police departments can implement. Three key areas of policymaking for departments that this report addresses are: 1) transparency and public engagement between law enforcement and communities; 2) procedural justice within the internal hierarchy of police departments; and 3) unique challenges in exchanges between police and community groups that experience significant contact with law enforcement, including minority groups, young people, immigrants, and LGBTQIA individuals. The 41 principles are intended for policymakers and police executives to adapt existing police department general orders. These policies elaborate policing practices that give members of the public a voice and make decisions in fair and neutral ways.

The primary authors of Principals of Procedurally Just Policing are the Justice Collaboratory’s  co-founding faculty members Professors Tracey L. Meares and Tom R. Tyler as well as former Center Director Megan Quattlebaum. Discussing the process of preparing the document, Tyler said, “Preparing this report presented us with the exciting challenge of turning the abstract principals of procedural justice into workable ideas for improving American policing.”

Principles was drafted as part of the National Initiative, a Department of Justice funded program bringing together scholars from Yale, John Jay College, and UCLA, to tackle issues of procedural justice, implicit bias, and reconciliation in policing. Principles represents the work of an interdisciplinary group of scholars and researchers, and is an exemplar of the Justice Collaboratory and NI’s goals of making the criminal justice system more effective, just, and democratic.

The Justice Collaboratory brings together an interdisciplinary group of scholars and researchers at Yale University and elsewhere to work on issues related to institutional reform and policy innovation and advancement. The goal of the Collaboratory is to infuse theory and empirical research in order to make the components of criminal justice operation simultaneously more effective, just, and democratic.