Standing up to China: Biden seeks allies’ support in contest with Beijing The Irish Times 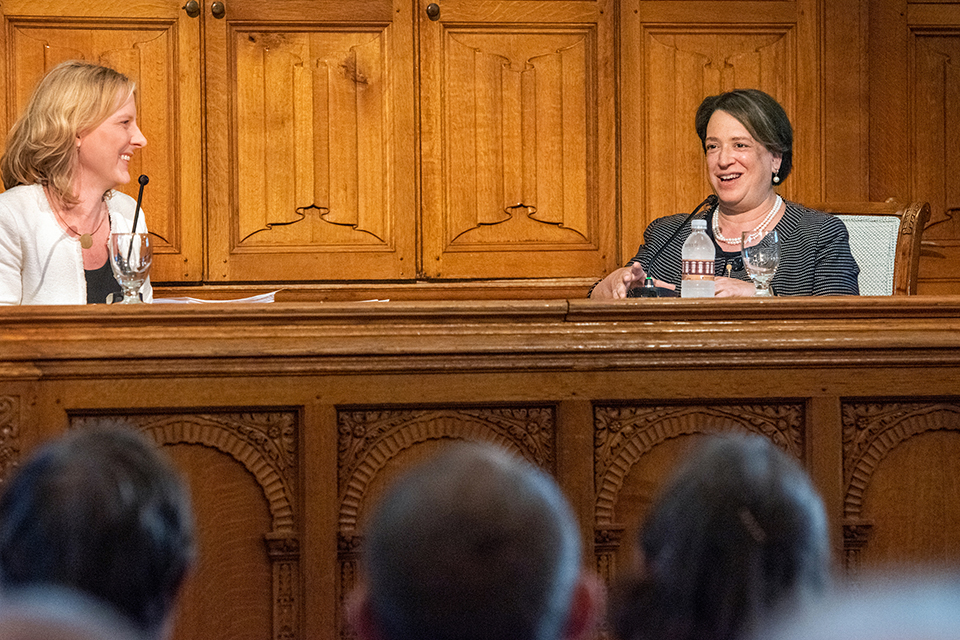 The lecture featured a conversation between Yale Law School Dean Heather Gerken and Justice Kagan about her career path, what it’s like sitting on the High Court in such polarized times, and the strategy that goes into writing her powerful dissenting opinions.

Gerken, who was a junior professor at Harvard Law School when Kagan was Dean there, introduced the Justice as a “creature of her own invention” and “straight shooter” who commands the admiration and respect of everyone around her.

At the start of the conversation, Justice Kagan reflected on her time as a new law student at Harvard, telling the audience that she truly did not know what she wanted to do after graduating. What she did know was that she loved the “intellectual puzzle” of the law and that it was a craft that had a real-world impact.

“You could tell right off the bat that this was something that mattered in the world, that you could make a difference using your lawyerly skills,” said Kagan. 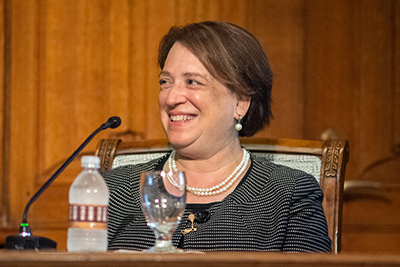 Justice Kagan received an A.B. from Princeton in 1981, an M. Phil. from Oxford in 1983, and a J.D. from Harvard Law School in 1986. She clerked for Judge Abner Mikva of the U.S. Court of Appeals for the D.C. Circuit from 1986-1987 and for Justice Thurgood Marshall of the U.S. Supreme Court during the 1987 Term. After briefly practicing law at a Washington, D.C. law firm, she became a law professor, first at the University of Chicago Law School and later at Harvard Law School. She also served for four years in the Clinton Administration, as Associate Counsel to the President and then as Deputy Assistant to the President for Domestic Policy. Between 2003 and 2009, she served as the Dean of Harvard Law School. In 2009, President Obama nominated her as the Solicitor General of the United States. A year later, the President nominated her as an Associate Justice of the Supreme Court on May 10, 2010. She took her seat on August 7, 2010.

Speaking about the varied career path that led to the country’s top court, Justice Kagan told the audience that nearly every job she landed was unexpected. She urged students in the audience to find a balance between having a plan, but not being so wedded to it that they miss out on exciting or challenging opportunities.

“A lot is just serendipity and luck,” said Kagan. “You should be open to the possibility of the complete disruption of your plans, and you should look out for good opportunities and take more risks than you think you should.”

Asked by Gerken — who is the first female Dean of Yale Law School — how Justice Kagan viewed the fact that she was the first woman to serve both as Dean of Harvard Law School and as Solicitor General of the United States, Kagan said it was not something that was of much significance to her personally, but that she came to realize how much it mattered to others.

“What I learned pretty quickly I think was that it mattered a lot to the people who were a part of these [institutions],” said Kagan, “The symbolism of these roles makes a difference to people, and so I learned not to be dismissive of that.”

Gerken also asked Justice Kagan about what it is like to be on the court — which is meant to be a neutral arbitrator — in a time when no one believes in neutrality. “I wonder how you think about the court’s role as it negotiates this really turbulent period in our politics?” Gerken asked.

Justice Kagan said it was important to remember that there is more consensus on the Supreme Court than the media might portray, and while divided opinions are inevitable, there are many unpredictable cases where the court can either agree or takes sides that are not along ideological lines.

“I love the cases where we can put our heads together and kind of come up with something that is acceptable to a broad sweep of us or where things are just scrambled and everybody is doing things that are unpredictable,” said Kagan. “A court is a court, it is not another partisan institution.”

Discussing her dissenting opinions, Justice Kagan said it is always her goal to be analytical, clear, and persuasive that the majority of the court got it wrong.

“I like to think that my dissents are very analytical,” said Kagan. “I don’t really write them to express a lot of emotion. I write them so that people will think if you took the law seriously, this is the result that you would reach.”

During the talk, Justice Kagan also spoke fondly of her friendships on the court, including her hunting trips with the late Justice Antonin Scalia, and what a significant change it was for the court when Justice John Paul Stevens retired after 35 years. Kagan was appointed to fill Justice Stevens’ vacancy.

The Robert P. Anderson Memorial Fellowship was established by former law clerks and friends in memory of Robert P. Anderson, B.A. 1927, LL.B. 1929, Senior Judge of the U.S. Court of Appeals for the Second Circuit.  The Fellowship has been in existence for many years, but has been redefined with a new objective; "to bring distinguished appellate judges to the Yale Law School to speak on matters of general importance to law and society."