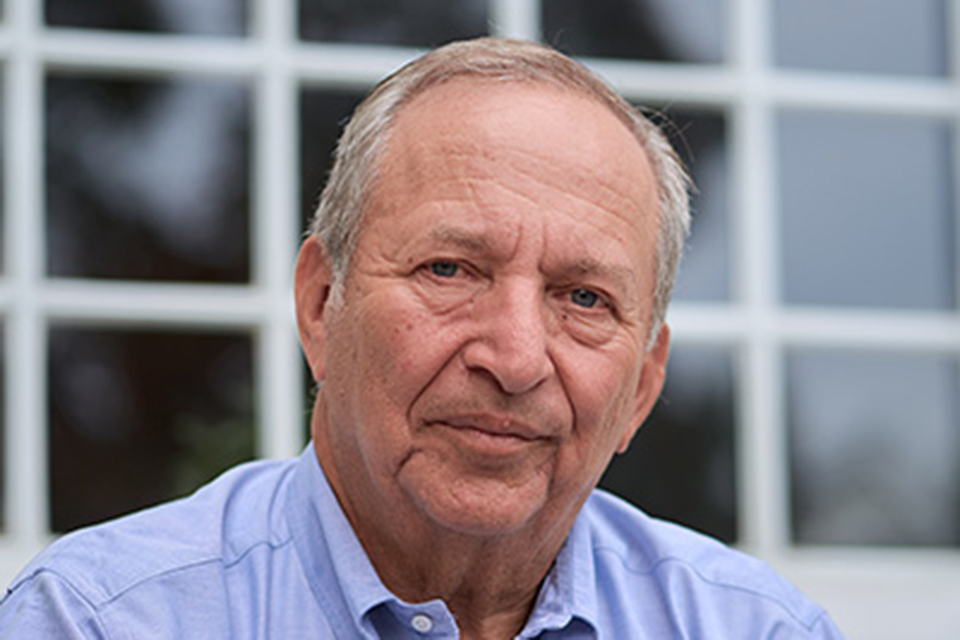 Summers will give his lecture, titled “Inflation Risks for America and the Global Economy,” from 4:30 to 6:00 p.m. at the Sterling Law Building in Room 127. The lecture is open to the Yale community. To attend, register by 12:00 p.m. ET on Oct. 3.

During the past three decades, Summers has served in a series of senior policy positions in Washington, D.C., including as the 71st Secretary of the Treasury for President Bill Clinton ’73, Director of the National Economic Council for President Barack Obama, and Vice President of Development Economics and Chief Economist of the World Bank.

He received a bachelor of science degree from the Massachusetts Institute of Technology in 1975 and was awarded a Ph.D. from Harvard in 1982. In 1983, he became one of the youngest individuals in recent history to be named as a tenured member of the Harvard University faculty. In 1987, Summers became the first social scientist ever to receive the National Science Foundation’s annual Alan T. Waterman Award, which was established by Congress to honor the work of an exceptional young U.S. scientist. In 1993, he was awarded the John Bates Clark Medal, given every two years to the outstanding American economist under the age of 40.

Summers chairs the board of the Center for Global Development and serves as vice chair of the Peterson Institute for International Economics and as a board member or advisory board member to a number of other nonprofits and public policy organizations. He is a contributor to Bloomberg’s Wall Street Week and a contributing columnist to The Washington Post. He is an advisor to businesses and investors and serves on the board of Square, States Title/Doma, and SkillSoft Corporation. Summers also consults with or advises a range of companies in the finance and technology sector, including D. E. Shaw & Co, Citi, and Digital Currency Group.

He has co-chaired major international panels ranging from the G20’s High Level Independent Panel on Pandemic Preparedness and Response to the Council on Foreign Relations’ study group on the Transatlantic Relationship to the Center for American Progress’ Commission on Inclusive Prosperity. In addition to serving as the Charles W. Eliot University Professor at Harvard University, he is the Weil Director of the Mossavar-Rahmani Center for Business & Government at Harvard’s Kennedy School.

Ralph K. Winter Jr. ’60 was a Senior Judge on the U.S. Court of Appeals, 2nd Circuit. He received the 2017 Edward J. Devitt Distinguished Service to Justice Award, which honors an Article III judge who has achieved a distinguished career and made significant contributions to the administration of justice, the advancement of the rule of law, and the improvement of society as a whole. Recipients are chosen by a committee of federal judges consisting of a Supreme Court Justice, appellate court judge, and a district court judge. Judge Winter was the William K. Townsend Professor of Law at Yale Law School when appointed to the bench in 1982 and continued to teach at the Law School part time until 2014.

To commemorate the extraordinary influence of Judge Winter as a corporate law scholar and his distinguished career as a jurist, former law clerks and students established The Judge Ralph K. Winter Lectureship on Corporate Law and Governance, under the auspices of the Yale Law School Center for the Study of Corporate Law. The inaugural lecture took place in the fall of 2005.