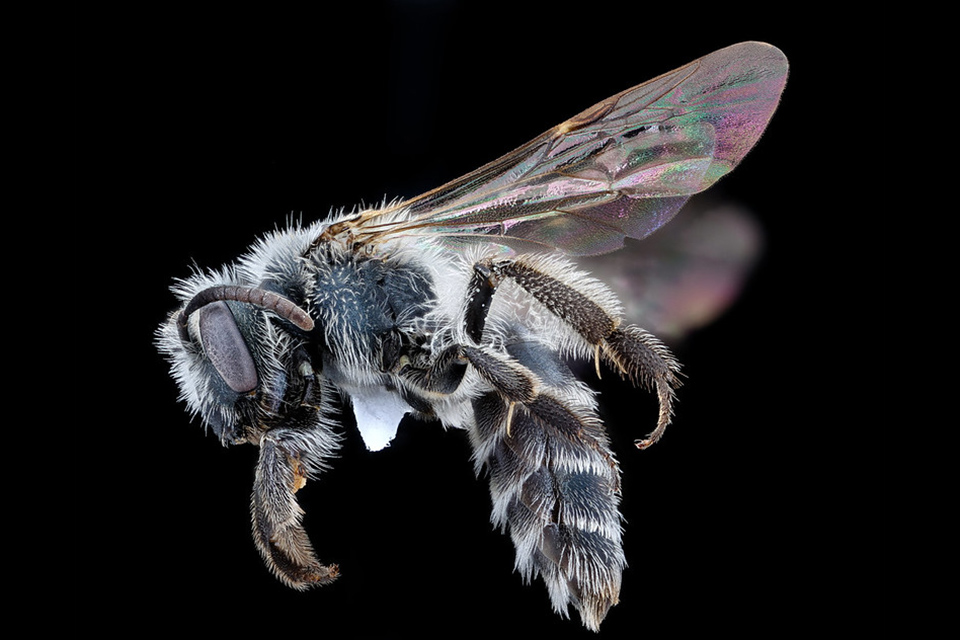 The Law, Ethics & Animals Program (LEAP) hosted Brooke Jarvis, David Wagner, Rob Dunn, and DeAnna Beasley for a discussion on the looming “insect apocalypse,” as global declines in the largest animal phylum pose serious threats to worldwide ecosystem health. Their October 21, 2020 talk, “What about Bugs? Why Insects Urgently Need Human Empathy & Action,” was cosponsored by the Yale Sustainable Food Program, the Yale Animal Law Society, the Yale Environmental Law Association, the Peabody Museum, the Yale Institute for Biospheric Studies, and the Poynter Fellowship in Journalism. The event was part of LEAP’s 2020–2021 speaker series, “One Health: The inseparable fates of animals, humans, and the planet,” and was moderated by LEAP Programs Fellow Noah Macey.

WATCH: Video of “What about Bugs?” panel

Jarvis, who wrote a 2018 The New York Times Magazine cover story titled “The Insect Apocalypse is Here,” began the talk by discussing the difficulties journalists face when trying to elicit sustained public engagement with climate change stories. “So many of these stories that should be huge deals, that should be the kinds of things that we have big reactions to, they become these one-day stories,” she said. “You read them and you think, ‘Oh yeah, that sounds bad,’ and then you sort of move on with your day.” An additional barrier to raising public awareness, Jarvis added, is a phenomenon ecologists and psychologists call “shifting baseline syndrome,” in which “we all take whatever we’re used to as the norm, and we don’t take into account that the world used to be different,” making it difficult to register dramatic environmental changes that occur over longer periods of time.

Wagner, a professor of ecology and evolutionary biology at the University of Connecticut, echoed Jarvis’s worry about shifting baseline syndrome. Wagner explained that recent scientific studies are generally finding around a one percent reduction in insect populations per year, a decline that is almost impossible to register in everyday experience. And yet, Wagner said, while “one percent doesn’t sound like a lot, one percent a year is actually catastrophic.” While researchers are still coming to understand what is causing these declines in different places around the globe, Wagner argued that the reality is likely “death by a thousand cuts: it’s pesticides, it’s agricultural intensification, it’s deforestation.”

To resist the pull of shifting baselines, Jarvis said that she sees writing about science as “detective work…to look beyond the temporal parochialism of living in our present and trying to see the world as it once was and as it could be in the future.” The same is true for entomologists studying insect populations, whose long-term, painstakingly detailed work Wagner called “forensic entomology.”

Unfortunately, that kind of, slow decades-long work is made more difficult by the short-term nature of most academic funding, as well as by the natural boom-and-bust cycles of insect populations. And yet, as Beasley, an ecologist at the University of Tennessee at Chattanooga, argued in her presentation, there are indisputable benefits to studying changes in insect populations. Because insects are highly responsive to changes in their environments, studying them can tell us much about the rapidly changing environments in which they (and we) live.

Much of the discussion ended up focusing on the growth of urban environments and the particular challenges they raise for humans’ relationships with insect populations. As Beasley noted, “Urban environments have more fragmented landscapes, more paved surfaces, high human population densities, food waste, pollution, and more instances of invasive species.” They are also significantly hotter than non-urban environments. Additionally, as Dunn, an applied ecologist at North Carolina State University, noted in the last of the four presentations, “Most of us live in cities, and in the future nearly all of us, by most estimates, will live in cities. And so a lot of the nature that we would have historically noticed is now far away.”

For Dunn, an adequate response to collapsing insect populations requires a fundamental transformation of the ways in which humans relate to other species. “[Humans] have all these cognitive biases, and we tend to like or empathize with things that look like us or in some way resonate with us,” he said. “So big cats, pandas, and puppies are all very easy to empathize with, but the truth is when we’re thinking about nature, most of nature is not like us.” But even cultivating empathy for insects is not sufficient, Dunn argued, since most insect species have yet to be named and most of the ones we know are not well studied. This lack of knowledge and awareness means that, in Dunn’s words, many insects are “beyond empathy.” In addition to cultivating empathy for insect species, then, Dunn argued that humans also need “an appreciation for the wonder of their complexity, the wonder of the size of what’s not yet known, an appreciation for the reality that nature is not like us, but instead much more interesting, much more complex, and still into the far future not fully knowable.” This ability to communicate a sense of wonder, Dunn concluded, should be a top priority for scientists and researchers as they engage with the public on such crucial questions.

Brooke Jarvis is a contributing writer to the The New York Times Magazine and The California Sunday Magazine. She has also written for The New Yorker, Wired, GQ, and Harper’s, and has toured with Pop-Up Magazine. She is the author of a 2018 New York Times Magazine cover story, “The Insect Apocalypse is Here,” which detailed the consequences of declining global insect populations for life on Earth. She won the 2017 Livingston Award in National Reporting and in 2016 was the recipient of the Reporting Award from NYU's Arthur L. Carter Journalism Institute, among other honors.

David Wagner is an entomologist and professor of ecology and evolutionary biology at the University of Connecticut. His work focuses on the biosystematics of Lepidoptera (the order of insects comprising butterflies and moths) as well as on invertebrate conservation more broadly. He has published three books, including Caterpillars of Eastern North America: A Guide to Identification and Natural History. His more recent work has focused on the importance of early successional habitats to invertebrates, pollinator decline, invasive species impacts, and climate-change threats.

Deanna Beasley is an assistant professor in the Department of Biology, Geology, Environmental Science at the University of Tennessee, Chattanooga. Her research explores the impacts of human activity on the physiology, development, and behavior of insects, which she treats as a model species for examining adaptations and biodiversity. She is specifically focused on the environmental implications of urbanization and climate change, particularly as they relate to insect development, immune function and insect-microbial interactions.

Rob Dunn is a writer and professor of applied ecology at North Carolina State University. There, he helps run the Public Science Lab, which fosters interdisciplinary research into the study of daily life. In addition to several books, he is most recently the author of Never Home Alone, which details many of the hundreds of thousands of species which live in domestic spaces. He has also written for the BBC Wildlife Magazine, Scientific American, Smithsonian Magazine, and National Geographic, among other outlets.