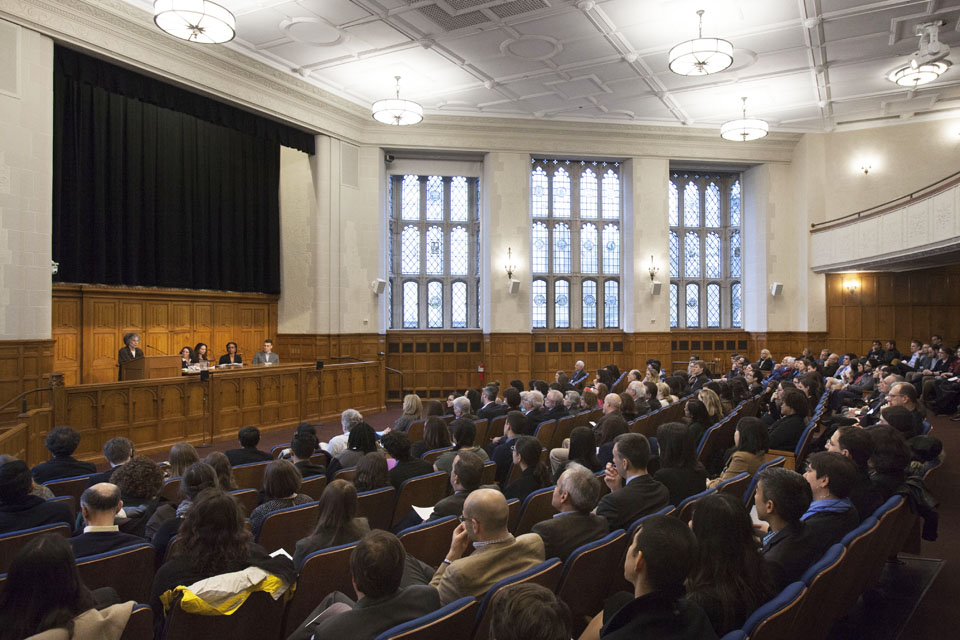 After two decades of promoting equal access to justice through fellowships, research, seminars, and programs, the Arthur Liman Public Interest Program has been re-established as the Arthur Liman Center for Public Interest Law. The launch of the Center on April 6, 2017, coincided with the 20th Anniversary Liman Colloquium at Yale Law School, a private gathering for the Law School community. The Colloquium included 75 of the 122 current and former YLS Liman Fellows, joining YLS students, deans, faculty, and the Liman family and friends. 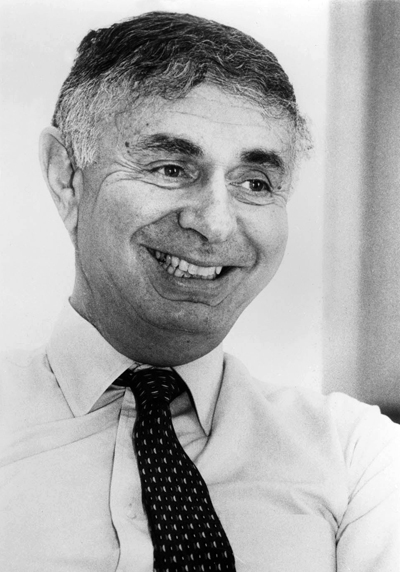 “The lifelong commitment of Arthur Liman to the underserved and his vision of a world where justice is available to all inspired the creation of the Arthur Liman Public Interest Program,” said Dean Robert C. Post ’77. “After 20 years, Arthur’s vision is being furthered with a new Center on solid footing to expand its efforts to support faculty and students responding to inequalities in access to justice.”

The Colloquium offered a time to reflect on all that the Liman Center has accomplished across two decades. The program has produced impressive results — as of 2016, 90 percent of the 114 law graduates who had held Liman fellowships since 1997 remain in public interest, including working for non-profits, for the government, and teaching. Professor Resnik said the work that has been done in Arthur Liman’s name reflects his creativity, intellectual rigor, and desire to ensure there is justice for all.

The first session of the Colloquium was titled, “Glimpsing Generations of Limans,” and featured former Liman Fellows Alison Hirschel ’84, Jessica Sager ’99, Jamelia Morgan ’13, and Forrest Dunbar ’12. The panelists exemplified the range and depth of concerns and diverse methods used to make changes in public interest law. Hirschel, the first Liman Fellow in 1997-98, created a project dedicated to helping older adults, often institutionalized and mistreated. Based in Michigan, she was in 1998 a solo actor; her program has since grown to include a team of 21 people. Sager created All Our Kin in the late 1990s in New Haven to help women with small children keep subsidies while learning to be child care providers. Today, the organization trains and supports over 250 parents and educators each year, who in turn serve nearly 1,500 children and their families. Morgan is a current Fellow at the ACLU National Prison Project, where she wrote a report detailing the challenges faced by individuals with disabilities held in solitary confinement. In addition to working on litigation, Morgan presented her findings at the White House last fall. Dunbar, a member of the Anchorage Assembly, detailed how his initial Liman Fellowship in 2012 aimed to reform drug laws, how he had run for the U.S. Congress and gained a seat at the local level, and how as a member of the Assembly, he had helped to lower the criminal penalties related to drug crimes.

The Honorable Sonia Sotomayor ’79, Associate Justice of the U.S. Supreme Court, then joined Judith Resnik, the Arthur Liman Professor of Law, in a lively discussion about the rewards and challenges of working in the public interest.

At a dinner later that evening, Lewis Liman ’87, Doug Liman, and Ellen Liman spoke movingly about the important role that public service played in the life of Arthur Liman ’57. Guido Calabresi ’58 described how luminous Arthur Liman was as a student at Yale Law School and as a lawyer. Anthony Kronman ’75, the dean at the time of the founding of the Liman program, described its remarkable growth – from a single fellow to 122 fellows, plus hundreds of summer fellowships for students at Barnard, Brown, Harvard, Princeton, Spelman, Stanford, and Yale. Heather Gerken, incoming Yale Law School dean, spoke of the degree to which the Liman Center embodied the values of Yale Law School.

On Friday, April 7, 2017, former and current Fellows led a series of discussions, focused on Resilience and Sustainability; The Academy and Public Interest; Entrepreneurial Public Interest; In and Out of Government; and The Legacies of Attica: Moving Criminal Justice.

In celebration of the Arthur Liman Program becoming the Arthur Liman Center for Public Interest Law, special displays from Arthur’s time as a law student, his work on the Attica Commission, on Iran Contra, and as a practicing lawyer were on view in the Lillian Goldman Library at Yale Law School. While a partner at Paul, Weiss, Rifkind, Wharton & Garrison, Liman was appointed to serve as chief counsel for major government investigations: In 1971, he led the investigation of the uprising at the prison at Attica. Liman’s 470-page report, calling for profound reforms of the criminal justice system was nominated for the National Book Award. In 1987, the Senate named Liman to be chief counsel for its investigation of the Iran-Contra affair.

A display on the L2 level of the Library featured examples of the Liman Family’s collection of antique American games.

The Liman Program was founded in 1997 to honor Arthur Liman, who graduated from Yale Law School in 1957. His decades-long practice exemplified the ideal of serving the public interest when working in private practice. Throughout his career, Liman helped to create organizations dedicated to those in need of lawyers’ assistance. He was instrumental in forming the Legal Action Center, whose non-partisan mission is to fight discrimination against people with histories of addiction, HIV/AIDS, or criminal records. Liman also served as the board chairs of the New York State Capital Defender’s Office and of the Neighborhood Defender Service of Harlem, and he was the President of New York City’s Legal Aid Society.

Judith Resnik, the Liman Professor, was the founding Director of the Liman Program, which is now directed by Anna VanCleave. In addition to supporting graduates of Yale Law School, who receive year-long Fellowships working on an array of issues (such as housing, family benefits, employment, immigration, veterans’ rights, pre-trial detention, prosecution, and incarceration), the Liman Program has funded hundreds of summer public interest fellowships for students from Barnard, Brown, Harvard, Princeton, Spelman, Stanford, and Yale.  More information about the Liman Center, its projects, and its publications can be found at law.yale.edu/liman.