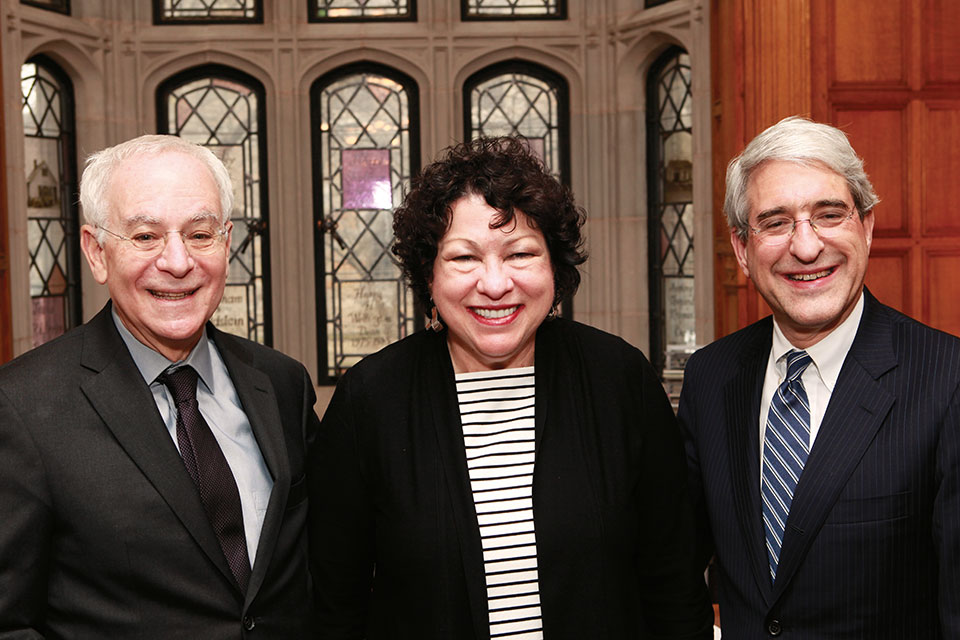 Justice Sotomayor was part of the colloquium’s opening session, which began with introductory remarks by Dean and Sol & Lillian Goldman Professor of Law Robert C. Post ’77, and included updates from four former Liman Fellows who, in discussing their current work, illuminated merely a few of the varied and influential career paths in public interest law and advocacy.

In a conversation with Arthur Liman Professor of Law Judith Resnik titled “Working for the Public Interest(s),” Justice Sotomayor considered the ways in which her own career path after law school had afforded her multiple perspectives on how to do impactful work for the greater good—including her tenure as an assistant district attorney in Manhattan, her experience in private practice, and her service as a federal judge. 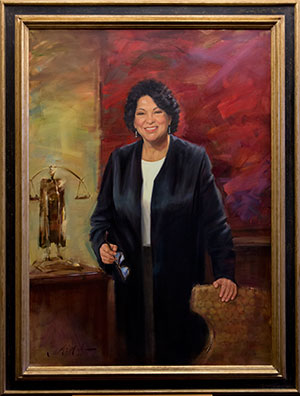 On April 7, Justice Sotomayor was honored by the Law School with an unveiling of an official portrait by artist Jamie Lee McMahan at a ceremony in Levinson Auditorium. Remarks were given by Dean Post, Yale University President Peter Salovey, Rudolph Aragon ’79, the Honorable Robert A. Katzmann ’80, and Yale Law School professor William N. Eskridge, Jr. ’78.

After graduating from the Law School in 1979, where she served as an editor of the Yale Law Journal, Justice Sotomayor served for five years as an assistant district attorney in Manhattan and later entered private practice at the law firm Pavia & Harcourt, where she progressed to partner.

In 1991, President George H.W. Bush nominated Justice Sotomayor to the U.S. District Court, Southern District of New York, where she served for six years, before joining the U.S. Court of Appeals for the Second Circuit from 1998–2009. President Barack Obama nominated her as an Associate Justice of the Supreme Court on May 26, 2009, and she was confirmed later that year as the court’s 111th Justice. Sotomayor is one of three alumni of Yale Law School currently serving on the Supreme Court and the seventh graduate to serve.