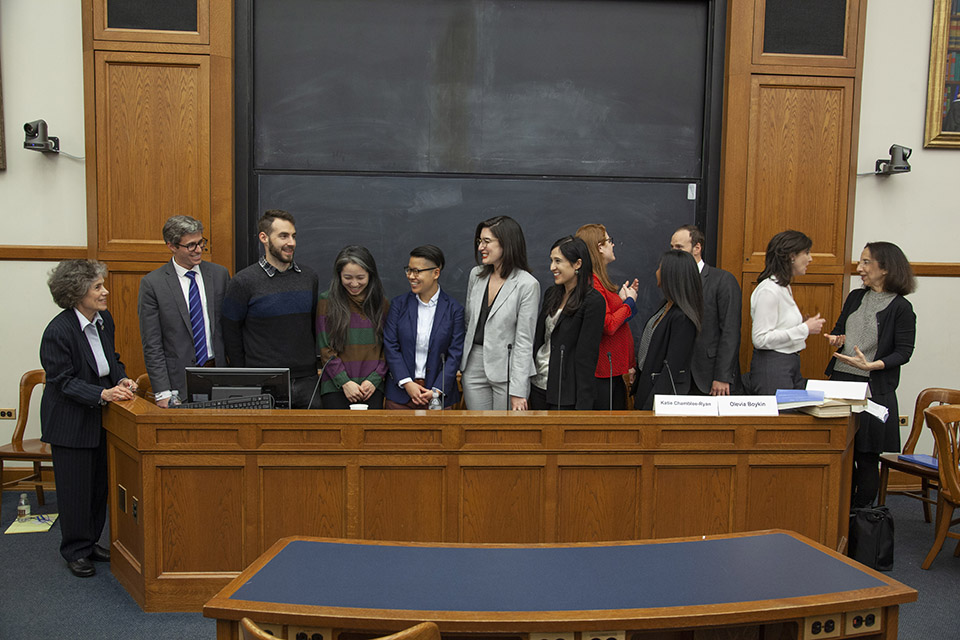 The problems of poor people in courts came to the fore a half century ago, as individuals and groups claimed a host of new rights —to habitable housing, government benefits, and fair treatment. Courts and legislatures responded by protecting entitlements for tenants, recipients of federal benefits, and individuals harmed by discrimination.

In addition to recognizing new rights, courts honed in on the need to equip individuals when in conflict with the state. As a result, legal mandates insisted that, in some cases, states provide lawyers, waive fees, and give subsidies for transcripts and experts. Congress created fee-shifting to encourage the pursuit of civil rights claims, and both legislatures and courts shaped class actions and other forms of aggregation to permit cost-sharing among litigants and to provide incentives for lawyers to represent groups.

Today, new data are emerging about the poverty of people in courts, the individuals who are priced out of courts, the underfunding of the legal system, and the enormous burdens of court fees, fines, and bail.

In March, the Arthur Liman Center for Public Interest Law, joined by the Policy Advocacy Clinic at the University of California, Berkeley and the Fines and Fees Justice Center, focused on these challenges at the 22nd annual Liman Center Colloquium, Economic Injustice: Courts, Law Schools, and Institutionalizing Reforms, and in the companion publication, Ability to Pay. The Colloquium and the volume Ability to Pay aim to bring the economics of court services and the needs of courts and litigants into the mainstream of legal education.

Rachel Shur ’17 (Liman Fellow, 2017) represents criminal defendants in New Orleans where a federal court held unconstitutional the practice of local judges imposing fees and then using the funds to support court activities. Emily Gerrick ’14 (Liman Fellow 2014) has filed lawsuits and authored reports and articles to bring attention to how Texas courts produce cycles of debt; low-level criminal offenses entail an array of fees, including for incarceration.

Chesa Boudin ’11 (Liman Fellow, 2012), in San Francisco’s Public Defender office, is part of a group challenging the practice in California of setting bail so high that low-income individuals cannot pay for their release. Ivy Wang ’13 (Liman Fellow 2013) is part of a team at the Southern Poverty Law Center that is suing bail bonding companies for their egregious fee-setting and collections practices; the complaint alleges kidnapping and extortion.

Another approach, reflected in the discussion of Skylar Albertson ’18 (Liman Fellow 2018), who works at the Bail Project, is to create “freedom funds” that post bail for low-risk defendants who cannot afford to pay for their release. Emphasizing the bipartisan appeal of bail reform, Seth Wayne ’11 (Liman Fellow 2011) described his work filing amicus briefs on behalf of law enforcement officials who support constitutional challenges to bail systems.

What can judges do? Answers came in part from Justice Sheryl Gordon McCloud, on the Supreme Court of Washington; Justice Andrew McDonald on the Supreme Court of Connecticut; Judge Holly Thomas ’04, Liman Fellow 2005, and now on California’s trial court; Jeremy Fogel, now at Berkeley and formerly a federal district judge and head of the Federal Judicial Center; and Mary McQueen, the President of the National Center of State Courts. Colloquium participants discussed how courts do and could collect data on low-income people and the challenges of protecting privacy while gathering needed information to provide assistance.

The role of the media came into focus in a discussion with Emily Bazelon ’00, Lincoln Caplan, Josie Duffy Rice, and Sarah Stillman. How law schools could help was the topic for deans of all three Connecticut law schools — Jennifer Gerarda Brown of Quinnipiac University School of Law, Tim Fisher of the University of Connecticut School of Law, and Dean Heather Gerken of the Law School, joined by Professors Tracey Meares, Andrea Marsh ’01 at the University of Texas School of Law and a 2002 Liman Fellow, and McGregor Smyth ’99, Executive Director at New York Lawyers for the Public Interest and a 2003 Liman Fellow.

The book, Ability to Pay, is an edited volume of recent court rulings holding unconstitutional some court-imposed fees and bail systems; new legislation regulating fines and fees; recent studies documenting the impact of bail, fines, and fees; and a sampling of the work of law schools, foundations, and other organizations aiming to institute reforms. The book is available free for download; for hard copies, please contact the Liman Center.

The 2019 Colloquium and Ability to Pay are part of several Liman Center initiatives aimed at fines, fees, and bail practices. The Liman Center explored the problem of poverty in and of the courts through its 2018 Colloquium, Who Pays? Fines, Fees, Bail, and the Cost of Courts, and the 2018 Liman workshop, Rationing Access to Justice in Democracies. The 2019 Liman seminar, Poverty and the Courts: Fines, Fees, Bail, and Collective Redress, picked up on these themes and the impact of collective action on access to justice.

Speakers at the 2019 Liman Center Colloquium