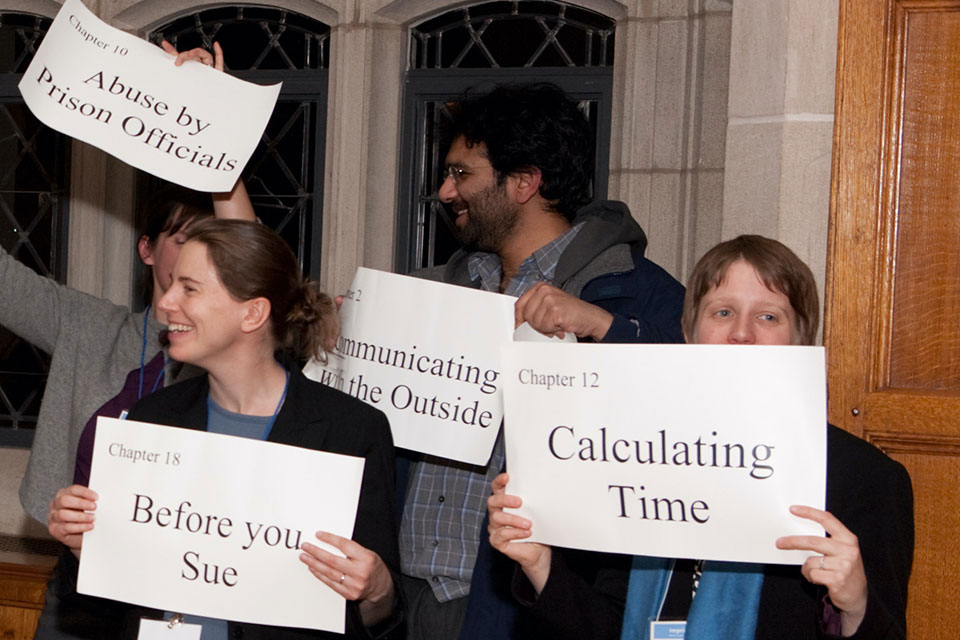 Sarah F. Russell ’02 (left) and coauthors of a prisoners’ rights handbook present chapter headers from the book at Yale Law School in 2010. The handbook was a Liman Center project.

After two years as an Assistant Federal Defender in Connecticut, Sarah French Russell ’02 became the Liman Program’s third director. The job would bring her back to Yale Law School, from which she had graduated five years earlier. Her return was an opportunity to look at the law “more systematically or broadly” and to learn about the sides of the law she hadn’t experienced in her two clerkships or in practice — policy, legislative advocacy, and administrative reform.

“The Liman Program exposed me to the full range of forms of advocacy and introduced me to a lot of ideas and people,” said Russell, now a Professor of Law at Quinnipiac University School of Law. 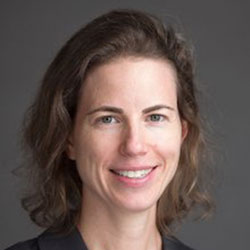 During her three years directing the program, Russell co-taught the Liman Public Interest Workshop on topics including detention, clinical education, federalism, and social movements. She also developed the Liman Projects, in which students, fellows, and faculty work together on research and advocacy around a specific topic. During Russell’s time as director, the Liman Program intensified its focus on prison and incarceration issues, which remain an area of focus. Russell has also continued her interest in the related issues of prison conditions and prisoner reentry. Her research and teaching at Quinnipiac have also covered sentencing policy, juvenile justice, and the problems of access to justice.

While directing the Liman Center, Russell taught at Yale Law School’s Criminal Defense, Prison Legal Services, and Supreme Court Advocacy clinics. She was involved in a number of lawsuits, including Forde v. Baird, for which she was cocounsel. In this case, a Connecticut district court recognized the right of a Muslim female prisoner not to be pat-searched by male guards.

Currently, Russell codirects Quinnipiac’s Civil Justice Clinic, in which students represent low-income clients and work on policy projects. (The clinic collaborated on a project with the Liman Center to help incarcerated people exercise their right to vote in the 2020 election.) She also leads the clinic’s Juvenile Sentencing Project, which advocates for a meaningful opportunity for release for children sentenced to long prison terms. Russell modeled her clinic in part based on the interdisciplinary teaching methods of Liman, which incorporated guest speakers from other fields to bring students multiple perspectives on the legal problems facing their clients.

This year, what she calls her “all-consuming” project is the class action suit filed on behalf of prisoners against the Federal Bureau of Prisons for not providing sufficient response to COVID-19 at the Federal Correctional Institution in Danbury, Connecticut. The federal district court judge granted provisional relief in May and approved a settlement in October. That lawsuit meant that Russell worked again with Liman colleagues, which highlighted the connections she made while she was director. “It has a coming-full-circle feel to it,” she said.