The Law, Ethics & Animals Program (LEAP) congratulates Lingxi Chenyang ’20, a LEAP Student Fellow, for receiving the inaugural New York University Animal Studies Award for her paper, “Is Meat the New Tobacco? Regulating Food Demand in the Age of Climate Change.” Chenyang will present her paper to an audience of NYU faculty, scholars and students at the NYU Workshop on Ending Factory Farming in February 2020.

In her award-winning essay, Chenyang argues that regulatory strategies that contributed to changing social norms and reducing cigarette smoking could also be effective in reducing meat consumption. Her essay was previously published by Environmental Law Reporter and is available here.

“Attempting to erode a deeply ingrained habit like excessive meat consumption requires looking at an equally ambitious regulatory effort as blueprint,” Chenyang writes. “Like meat, cigarettes were overconsumed by Americans throughout the 20th century to their detriment. Cigarettes were deeply embedded in America’s social experience. People smoked regularly and conspicuously, for pleasure and out of habit, and the cigarette came to mean virtually all things to all people. And like meat, cigarettes were also produced by large, vertically integrated multinational conglomerates buttressed by lax regulations, farming subsidies, and captured legislators. Against these odds, the anti-tobacco movement lowered the prevalence of smoking from 45% of the population in 1953 to a continuously dwindling 14% in 2018.”

Chenyang wrote the first draft of her award-winning essay in the Law School course “Regulation of Energy Extraction,” where she broadened her understanding of energy regulation — typically limited to electricity, natural gas, wind, and solar energy — to include food production. Chenyang researched the energy requirements and environmental impacts of modern industrial meat production compared with alternative protein sources, including plant-based meat, lab-grown meat, and meat produced using more climate-sustainable practices. From there, she argued that targeting the food system could have salient climate implications. Chenyang hopes that increased awareness of the meat industry’s health and climate consequences will encourage cultural movement away from a factory farm-based diet.

She encourages other academics to address climate change by thinking creatively. “It’s an issue that involves literally everything, from the individual to the global, and approaching it requires out-of-the-box thinking,” she said. She emphasized interdisciplinary collaboration as an important avenue for devising these solutions.

Chenyang, a joint J.D./Ph.D student studying law at Yale and philosophy at the University of Michigan, is currently researching how agricultural policy, contracts, and property rights can play a role in expanding regenerative agriculture.

The Law, Ethics & Animals Program (LEAP) at Yale Law School is a new initiative at Yale Law School that seeks to contribute to defining, expanding, and advancing the field of animal law. The goal of the LEAP Student Fellows Program is to support the academic and professional goals of exceptional Yale students interested in helping animals, to empower these students to do impactful work while at Yale, and to facilitate a collaborative community interested in animal law and policy. 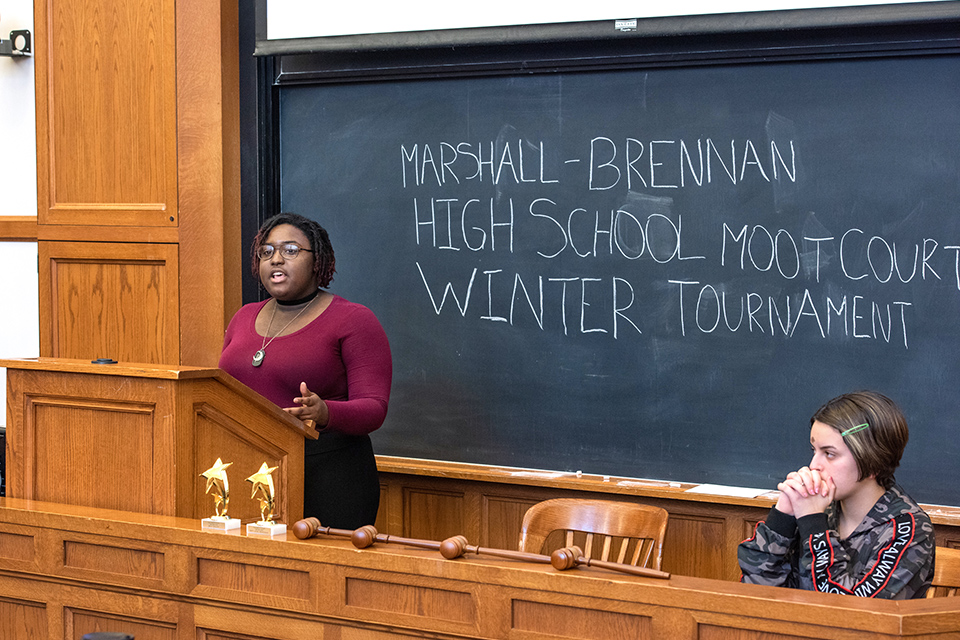