Linkaging between Latin America and YLS 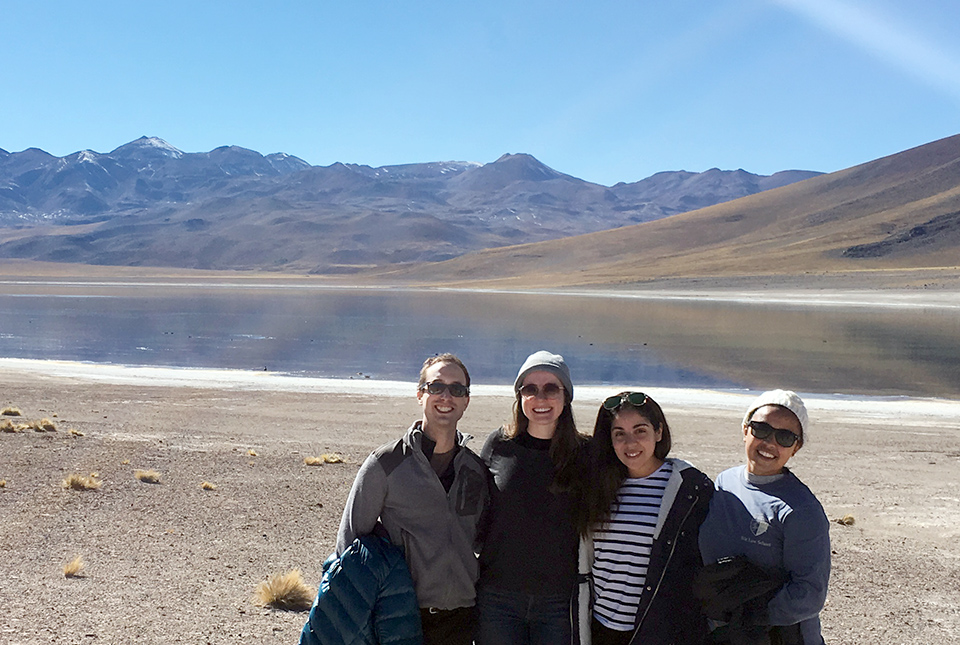 Students in the Latin American Linkages exchange visit the Atacama Desert in Chile.

Each year the Law School sponsors an informal exchange that sends Yale Law School students to Argentina or Chile in May and to Brazil in August, and then receives students from the partner schools in those countries for a three-week stay at YLS in January–February. Last May, Elsa Mota ’20, Iva Velickovic ’19, and Caleb McCracken ’20 went to Argentina and Jasmine Stein ’19, Kiki Manzur Martinez ’20, Mary Ella Simmons ’20, and Ram Sachs ’19 went to Chile. In August, Taonga Leslie ’19 and Colson Lin ’18 went to Brazil. They observed classes, visited courtrooms, and met with a wide range of judges, government officials, and lawyers in private practice and public interest as part of the intensive program designed to give participants a behind-the-scenes look at how legal education and the legal system overlap in the country visited, taking a “legal realist” approach to understanding the dynamics of lawyering in code-based systems. The small size of the cohorts makes it possible to adapt each year’s program to the participants’ interests. 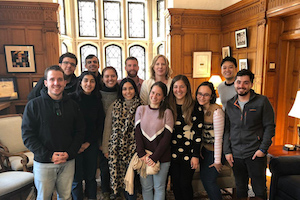 This past January, 12 Latin American students from partner schools participated in the Yale Law School leg of the exchange. They were selected by their schools mainly on the basis of their academic performance and proficiency in English, but the selection committees also take into consideration characteristics that they feel are especially appreciated at YLS, such as maturity (law being an undergraduate program in South America) and the capacity to think deeply across disciplines. The selection committees also look for outstanding students who do not have the resources to participate in traditional study abroad programs.

Participants live with local students during the exchange, which not only reduces costs, it also enriches the experience in innumerable ways. From witnessing study habits to taking part in social activities, the relationships that form during the exchange often last a lifetime. Jeremy Robbins ’06 (Linkages ’04) is still in touch with his Linkages cohort, including the four he spoke of in March 2019: “Linkages continues to have a huge impact on my life. I was in Brazil two weeks ago with the family visiting a friend I met during my first Linkages trip. Celeste Braga (Linkages ’04) flew over from Argentina to hang out with us for six days. Natalia Volosin ’09 LLM, ’18 JSD (Linkages ’04) came to stay with me in Brooklyn last year for a week with her son Julian, and I've been emailing back and forth with Victoria Ruiz (Linkages ’04) in the last couple weeks as well. And later this summer Laura Saldivia ’06 LLM, ’15 JSD (Linkages ’03) and her family are coming to stay with us.”

The Latin American Linkage exchange program has been in existence since the early 1990s, when constitutional reforms across Latin America led to increased interest in graduate programs at U.S. law schools, and Professors Owen Fiss and Robert Burt began sending students to Argentina and Chile to bolster the independence and critical spirit of the emerging legal academy. For more information on the program, contact Brad Hayes at Bradley.hayes@yale.edu.